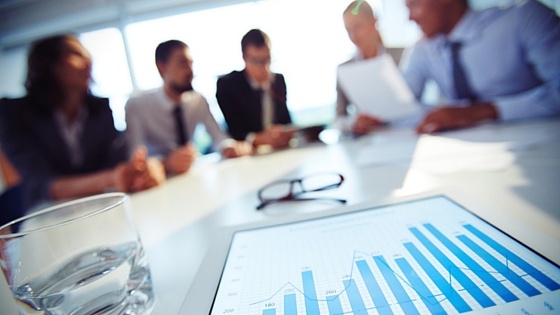 When it comes to writing a blog, business owners, management and executives often leave their important content creation until the end of the day/week/month, as there always seems to be something more important to do.

As the following, 1,241-word sample post shows, quality content for executives, by executives may be sourced from one of the most unlikely places: crowdsourced custom content.

Greg Dorban in this LinkedIn article addresses the fact that changing marketing technologies are leaving many companies behind as big data and mobile technologies give companies access to more targeted segments of their market. With so much technological change now and more on the horizon, everyone in an organization needs to be trained on the principles of marketing management through great technology and data systems.

As this analysis on the effectiveness of environmental goals in German businesses shows, innovation is directly tied to great data. With accurate data, businesses are able to accurately assess whether they have achieved a 35% increase in efficiency or are closer to their goal of 75%. Whether it is marketing or environmental assessment, technology and data are driving business growth in almost every sector.

For executives, the quality of data they have access to defines the limits of their innovative effectiveness. Even with the best data, executives still face another limit that is rooted deep in the subconscious of human brains: biases which act out in predictable manners to change their interpretation of information.

According to Lief Denti, doctoral student at University of Gothenberg, bias affects innovation in management equally to all other segments of human population. Because bias results from subconscious drives, it affects people before they have the opportunity to observe it and is strongly resistant to merely educating it away.

Before we look further into how executives can use a combination of education, management, and data analysis to address bias in their organizations, we will take a more general look at bias.

Bias is a subconscious drive that people use to facilitate safe living and faster decisions, to identify friends and enemies, to focus on important issues, and to build on previous experiences. On their face, biases come from good goals; researchers think that the prevalence of bias is a result of humanity’s need to survive in the ancient past: these subconscious processes enabled people to act definitely when dangerous situations arose.

The researcher team led by Heidi Grant Halverson and David Rock define the different aspects of cognitive bias through the acronym SEEDS (TM). This model defines each possible bias humans use as part of either Similarity, Expedience, Experience, Distance and Safety. This organizational system is not only easy to remember, but shows how these subconscious drives could be instinctual leftovers from a time when preference for an “in” group, doing the easiest activity, quickly learning from experience, ignoring issues on the horizon, and pursuing safety over reasonable risks were essential to human survival.

While Wikipedia lists over 170 different types of biases, these biases all follow predictable patterns that show a basic desire to maintain inertia in the human being. Whether that is choosing something that has a closer proximity or keeping like people close (friends) and shunning others who are not like us. This bias for inertia causes problems when it leads executives to make choices based upon arbitrary preference for an “in” group, blindness to future activities, or unnecessary risk aversion.

Business leaders have their own bias tendencies that come with being successful leaders. Past experience and affinity for one’s own viewpoint is a logical byproduct of attaining a high level of success in the modern market. Executives’ extensive experience is a great tool in decision-making. The moment it becomes a bias is when past experience clouds an executive’s ability to accept new information that counters past experience, even though situations and markets may have changed.

Additionally, the narrow focus on specific actions that executives have to develop to rise to the top of their prospective fields develops pathways that often inhibit listening to others. For leaders who desire to be proactive agents of change in their organization, experience and expedience biases must be addressed or risk alienating the people in the organization who will make any change possible.

Even in the world of academic leadership, biases are part of the systems that leaders face. Academics address bias more consistently than executive management often does, as seen here, here, and here. These academic issues address biases in many situations and show just how ingrained human bias is. From perception biases (is something more unfair if I realize that it happened to others the same as I?), to publication biases, human behavior impacts our interpretation of data and many studies are currently under way to further understand subconscious biases and create systems to mitigate them.

As Denti points out in his article above, the strength of unaddressed bias is so strong that it has even shaped presidential administrations. The Bay of Pigs incident in the Kennedy administration is given as an example where the people around the president were acting on biases to the point where their biases reached harmonic resonance, producing results from group think which any outsider would realize were the result of poor thinking. While hindsight may say that sending 1,500 American operatives to fight the Cuban army of 250,000 was a mistake, Kennedy’s cabinet and advisors all managed to avoid noticing a bias, which informed a course of foolish action.

How are business leaders to address the subconscious activities of their brains? Halvorson and Rock point out the fact that simply educating people about the presence of biases does not reduce the incidence of them. The only techniques for shifting thinking are those which happen at a systematic level. Systematic bias reduction takes a proactive stance towards bias in decision-making, setting up systems to prefer data over intuition and to utilize the discussions of outsiders to mitigate bias in interpreting that data.

Proactive attention to bias does not merely plan to respond when the bias is identified, but to use modern research into cognitive bias and self-aware reflection to identify internal biases and then create plans to deal with them before they come up. For example, a business executive who assumes they have no biases would do well to go out and look for people groups they do not feel comfortable with. Executives who always make the last decision without input should set up a system where decisions have to be changed by other people on the team before they are finalized or take time to listen to other people without pressure to make a decision.

Data preference requires that business executives take time to educate themselves on not only what the relevant data regarding a decision is, but who the data-driven thought leaders surrounding the question at hand are. For example, if all of one’s decisions to expand into a new country are based off of information gleaned from Western news sources, there is a substantial dearth in relevant data to counteract a strong bias for cultures similar to one’s own. Data must be gleaned from multiple sources including academics in both one’s own country and the country under consideration for expansion.

Education for executives needs to include data and systems management to prevent the reliance upon any group of too similar people, limited time frames or other subconscious activities.

With the right management system in place using education and organization-wide systems to empower the entire team to look for bias and correct it, while encouraging self-awareness, executives can begin the process of managing bias. Finally, always take time to study the social science surrounding cognitive biases to improve management systems and increase accurate and logical decision-making.