As more and more aspects of the educational process move online, it’s important that middle and high school teachers keep ahead of the technological curve.

This is especially important for history teachers. After all, even though your job requires you to think deeply about the past, it does not require you to live there. Make sure that you’re getting the most out of your classroom website by recommending links to helpful websites, uploading educational videos, and keeping homework assignments up-to-date.

Of special interests to students could be a blog section on your classroom website, where you express brief thoughts and opinions about a topic mentioned, but not necessarily developed deeply, in class.

Take, for example, this 360-word sample post exploring the impact of the Civil War on Robert E. Lee. 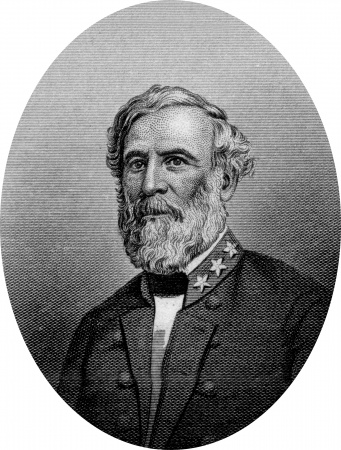 As we consider our founding fathers and history, we often look back with the perspective of inevitability. That is, since we know what decisions historical figures made and what the consequences of those decisions turned out to be, we sometimes forget that those men and women operated without the benefit of hindsight. For them, each day was fresh and unexpected. They didn’t have the luxury of knowing how everything would turn out, and as a result, each decision that they made carried unforeseen consequences.

Such was the case for Robert E. Lee, general-in-chief for the Confederate Forces during the Civil War. Although born in the South and raised in the culture of gentility, his decision to join with the Confederacy was far from inevitable. In point of fact, he wrestled quite a bit with his decision.

According to one historian, his decision came down to a scene “worthy of Shakespeare”:

Part of Robert E. Lee’s dilemma was the clash between real and perceived obligations. He had sworn multiple times to maintain loyalty to the United States “against all enemies or opposers whatsoever.” Yet somehow he had the nagging sense that his first duty was to Virginia. It was a bond with place and patrimony; something perhaps more to do with the smell of lilacs in an old garden, or faces framed in candle shine, than with any patriotic credo (American Heritage).

A consummately loyal man and a principled graduate of West Point, Lee was conflicted over where those loyalties truly belonged. Offered the command of the Union forces by Abraham Lincoln himself, he maintained that he could not fight against his own people; therefore, despite his misgivings about the centrality of the slavery issue within the Confederacy, he nevertheless took command of the Army of Northern Virginia, which became the most famous and successful of the Confederate forces (Civil War Trust).

Far from being a question relegated to the struggles of the past, the concern of divided loyalty continues to create tension for all true American patriots. Like Robert E. Lee, all citizens must work to untangle the snarled threads of civic duty, loyalty, love of country, and personal conscience.

In order to ensure that students read these posts, you could consider offering extra credit to students who participate in discussion threads beneath each post. Not only would this promote healthy online discourse, but it would also prepare students for the sort of work that they can expect to face in college.

For more tips on blogging for history teachers, please feel free to contact us. We look forward to partnering with you and your classroom.