Why Salt Lake City Is A Great Place For Young Professionals

If the title of this post caught your eye, you’re likely a young professional. Perhaps, you’ve just graduated from college and are looking for a place to live and work. If you received a fantastic job offer, you already know where you’re headed. If, however, you’re still waiting for that offer to arrive, read on to learn why Salt Lake City is a great place for young professionals.

Money Inc recently listed Salt Lake City as #15 on its list of “The 20 Best Places to Live if You’re in Your 20s in The U.S.” The capital of Utah made the list because of the availability of jobs (especially within its burgeoning tech scene) and spectacular attractions. For nature lovers, there are over 20 national parks within a few hours’ drive from Salt Lake City.

If you’ve never been to Utah’s “Ski City,” you may be wondering what makes this area so special. Below, we explore what Salt Lake City has to offer young professionals.

A Vibrant City in a Spectacular Setting

Salt Lake City lies in a high mountain valley nestled between two mountain ranges. The magnificent Wasatch Mountains surround the city to the north and east, while the smaller Oquirrh (‘Oak-er’) Mountain range lies to the west.

Although it’s a relatively small mountain range, the Oquirrh has a giant distinction. It’s home to the largest open-pit mine in the world, the Kennecott copper mine. In fact, this Bingham Canyon mine is so big, it can be seen from outer space! That’s not surprising, since it’s 3/4 of a mile deep and 2-3/4 miles wide—and still growing.

This massive mine is the largest man-made excavation on earth. Since mining began in earnest in 1906, this mine has produced tremendous yields of copper, gold, and silver. In fact, the mineral wealth produced from this mine eclipses that from the California Gold Rush, Comstock Lode, and Klondike Gold Rush combined!

Meanwhile, the Great Salt Lake forms the northwest boundary of Salt Lake City. This is the final remnant of the once flourishing Lake Bonneville, a vast ancient lake that stretched across eastern Nevada, southern Idaho, and most of western Utah. It covered around 20,000 square miles and was 1,000′ deep. The mighty Wasatch peaks were once mere islands in this mammoth lake.

If the name of this long-defunct lake sounds familiar, it’s probably because of the many land speed records set on the Bonneville Salt Flats.

Enjoy the Great Outdoors All Year-Round

The gorgeous mountains surrounding Salt Lake City provide world-class skiing and snowboarding opportunities in the winter. Is it any wonder then that they were the setting for the 2002 Winter Olympics? In Salt Lake City, the proximity of ski areas allows you to get up early in the morning, ski all day, and still make it home for dinner!

Choose from Sundance Mountain Resort (of Sundance Film Festival fame), Park City Mountain, Snowbasin Resort, or one of the other six fabulous ski resorts located within an hour’s drive of Salt Lake City.

During the off-season, you can enjoy hiking, fishing, mountain biking, horseback riding, rock climbing, or mountaineering throughout the region.

Getting to your ski destination is easy with a Utah Transit Authority (UTA) Ski Bus. This seasonal bus service will take skiers and snowboarders to the Alta, Brighton, Snowbird, and Solitude ski areas. The service generally runs from November or December until March or April. The limited stops on the Ski Bus routes mean that you’ll get there almost as fast as if you drove yourself.

UTA  offers bus, TRAX light rail, and train service throughout the Salt Lake City area. In addition, its entire fleet is ADA-compliant and wheelchair-accessible. There’s even a paratransit service for anyone who can’t use “fixed-route” mass transportation.

Meanwhile, avid bike riders can rest easy. The UTA system encourages bike riders to take their vehicles along for the ride. The only restriction is that the bikes must be propelled by human power rather than gasoline.

Leave Your Stresses Behind

Salt Lake City consistently ranks at or near the top of the list for “the least stressed city” in America. Last year, it enjoyed top rankings again, in a study commissioned by a skincare company. The study looked at the following areas in order to rank the fifty U.S. cities.

SLC’s “zen” score was almost 6 points ahead of the second-place city, Indianapolis. Significantly, it was nearly thirty points ahead of New York City. Honolulu was the only city where people were happier than in Salt Lake City.

If you’re wondering about job satisfaction, only Billings, Montana, outranked SLC in that category. Perhaps it has something to do with the proximity of both cities to the mountains and the after-work serenity they offer.

Can Life Get Any Better for Young Professionals in Salt Lake City?

A booming economy, low unemployment, a vibrant tech industry, and a median age of just 30.5 years make SLC the youngest and one of the fastest-growing cities in the country. Add in relatively short commute times, and you’ll begin to see the advantages of making this city your home base. No wonder so many college graduates are drawn to Salt Lake City!

With such a young demographic, you may expect Salt Lake City to have an exciting food and drink scene. If so, you won’t be disappointed! The Daily Meal lists it as one of the 50 Best Foodie Towns in America. The newspaper had especially high praise for the city’s “progressive, farm-forward dining scene,” which features artisan cheese, bean-to-bar chocolate, and specialty coffee by Blue Copper.

According to Gastronomic SLC, here are five of the city’s best places to eat.

Nestled in Emigration Canyon, Ruth’s Diner is synonymous with breakfast in SLC. This local favorite has been slinging hash for 91 years, making it the second-oldest restaurant in the state.

Every meal starts with complimentary “Mile-High” biscuits. Follow those up with a breakfast classic or an option like pulled pork Benedict. Items from the Favorites list are served with your choice of hash browns, cottage cheese, half a grapefruit, or Spanish rice & pinto beans.

At Tradition, brunch is served from 10 a.m. to 3 p.m. on the weekends. You’ll find everything from a modern take on Utah’s iconic “funeral potatoes” to cauliflower korma at this contemporary American restaurant.

Reservations are a must, and mimosas are only available after 10:30 a.m. (on Saturdays, Sundays, and state/federal holidays) and after 11:30 a.m. (on weekdays) due to SLC’s sometimes quirky liquor laws. And, because of those laws, you can only order that mimosa if it’s served with food. Not a problem with so many delicious options available!

If you’re craving an authentic Reuben sandwich or a pastrami on rye with mustard, Feldman’s is where these classics are made right. You’ll think you’re in NYC from the first bite!

If you’re looking for a quiet spot to enjoy a date night, try the Oasis Cafe. It offers everything from a tasting plate to house-made pasta and filet medallions. It also offers a nice selection of fish and seafood dishes, along with a few vegan or gluten-free options.

The Pie serves Utah’s best pizza, along with wings, salads, and pasta. This eatery also offers gluten-free and vegan selections to satisfy everyone’s late-night cravings. Everything is made to order using meats, cheeses, and vegetables that are sliced or shredded fresh every morning. The pizza dough is especially noteworthy — it’s hand-made, hand-rolled, and hand-tossed.

The University location is open on Sundays, Mondays, and Thursdays through Saturdays from 12 p.m. until 10 p.m.

Get Out and Enjoy Yourself

SLC is headquarters for an NBA team you may have heard of before. That’s right, the Utah Jazz calls Vivint Arena (formerly the  Energy Solutions Arena) home. In between basketball games, the Arena hosts a slew of other events. Go to a game one week or attend a world-class concert the next — the choice is yours.

If you’re in Salt Lake City this fall, catch Alan Jackson on August 7 and Celine Dion on September 17 at the Vivint Arena.

As you may expect for such a vibrant city, there are many event venues around town, and each day is filled with new attractions. One thing’s for certain, you’ll never be bored when you live in SLC!

Not convinced that Salt Lake City is the place for you? If so, we recommend a visit. Once you experience the region’s natural beauty, modern amenities, world-class cuisine, and diverse attractions, you may just decide to stay!

And, it shouldn’t be hard to find your dream job if you do decide to stay. Considering SLC’s flourishing jobs scene and low unemployment rates, the city makes an ideal home base for almost any young professional. 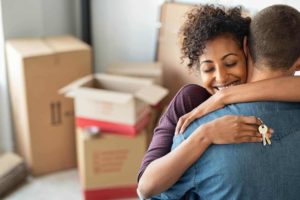 The Complete Guide to Buying a Home 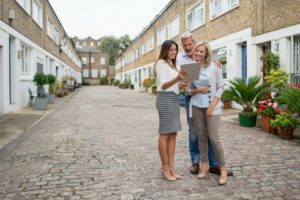 How I Tailor Real Estate Content To Different Word Counts 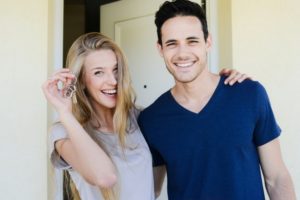 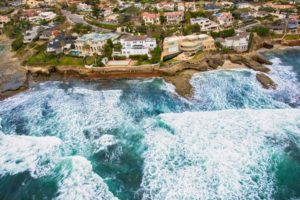 10 Luxury Virginia Beach Communities You Need To See To Believe 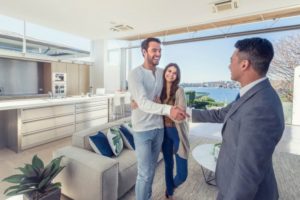 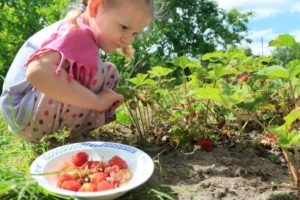