Sports can bring out the best in people: motivation, teamwork, sports even foster tight communities and strong interpersonal connections by bonding over losses and victories, failures and successes, and all centered around rooting for favorite teams. The 556-word sample post below explains how a sports blogger can use these qualities, and more, to grow their following, and elaborates on what a sports blogger can do to get to the core of it all.

We don’t have to tell you that sports is a huge big-bucks industry. Guess how much the National Football League team owners pay out each year just in salaries for their team quarterbacks. Hold on to your hats, sports fans: According to Over The Cap.com, this year NFL owners paid at a whopping $363.4 million in quarterback salaries. 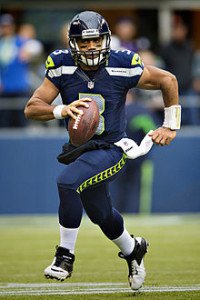 A little over 10 percent of that amount — $38.1 million — goes to backup quarterbacks whose chances of getting quality field time are pretty much slim to none. Leading the pack of sideline clipboard bearers is Matt Cassel of the Minnesota Vikings. Cassel draws his game check based on an annual salary of $3.7 million! They also serve who stand and earn the big bucks.

Blogging for the sports industry can be all about money and the exorbitant salaries paid to sideline quarterbacks, or even baseball players whose batting average never reaches the weight of an NFL linesman. But the money is not really what is at the heart of the matter.

Seasoned sports fans know what lies at the core of our love for sports. Free agency has taken some of it away, but towards the middle of the seasonal struggles it becomes clear: people invest their hopes in outcomes that are never guaranteed, and far more than half the time are unrequited. Yet in their disappointment they always come back for more.

The unrequited part — the strikeout with the bases loaded, the intercepted pass in the midst of a comeback drive — makes success all that sweeter. But even failure has its payback. There’s always next season, and the weaker teams get the pick of the litter in the draft. The disappointment is forgotten, because the psychic investment is as ethereal as the whiffed baseball or next set of downs.

If sports bloggers fall somewhere between columnists and sports magazine feature writers, they need to combine writing talent with a love for sports that verges on religious fervor. Religion always includes a reverence for the sacred as well as contempt for the profane.

The sacred is personified by the somewhat corny locker room number of the movie Damn Yankees — You Gotta Have Heart. Examples of contempt for the profane are all too common nowadays with highly paid NFL players getting sent to jail and baseball heroes loading up on steroids.

But each are two halves of the same phenomenon that is the heart of understanding sports, which is essentially real life writ large. The old ABC Wide World of Sports would begin with Jim McKay’s opening, “Spanning the globe to bring you the constant variety of sports… the thrill of victory… and the agony of defeat… the human drama of athletic competition.”

Getting into the groove as a sports blogger falls somewhere between the thrill and the agony, really. Rudyard Kipling in his poem If, also said it well:

If you can meet with triumph and disaster/And treat those two imposters just the same…/ Yours is the Earth and everything that’s in it/ And – which is more – you’ll be a Man, my son!

If you love sports and wish to be a true-believing blogger, you know that this year’s success is fleeting, but so is failure. Regardless, sports fans and your readers will be back for more when the new season rolls around.

And now a word from our sponsor: If you’re running a sports-related business and are looking for some great content from talented writers, contact us. Our team of talented writers may not all be built like linebackers or look like cheerleaders, but they will add just the right touch of winsome verbiage to shine up your web presence and lure those big sports bucks you’re after.

Editor’s note: This blog is an example of the kind of writing you can get for your blog. The only thing that’s different is that it has the name of the writer. For your blog, you can say you wrote it. That’s fine with us. We’re happy mutts. Click here for more explanation of this series of posts.