The shopping mall, an icon of American culture, has become a bit of a relic. A staple in 80’s films and the main gathering places for the community, shopping malls at one time boasted packed parking lots and thriving commerce. Now, malls are closing all over the country, including long-standing shopping meccas like the Swansea Mall in Massachusetts, which just closed its doors after 35 years in business. However, malls are being repurposed by real estate developers in surprising ways that are benefiting both communities and investors.

What brought down the mighty mall

There are many factors involved in the demise of the American mall, but the loss of anchor stores is one of the biggest. When anchor chains fail, the entire mall loses life and smaller businesses can’t survive. The result is a lot of empty storefronts which don’t attract customers or new business. Anchor stores and malls have failed due in part to:

Now, owners of mall properties are left with non-income producing properties, and cities and towns across the country are left with huge structures taking up acres of land. Their question now is, what are some new commercial real estate uses for that vast amount of space.

Developers are taking a new look at old malls and coming up with some incredible ideas. Developers looking for the highest and best use of these properties have several options.

Here are just a few ways that investors are finding new uses for abandoned malls.

Affordable, accessible housing is in high demand, and the vast spaces of malls offer are an ideal spot for residences. In Providence, Rhode Island,  oldest mall in the United States has converted its upper floor into micro-residences. These studio and one-bedroom loft apartments offer affordable city living with fantastic amenities for students, professionals, and performing artists. Its prime location in the heart of downtown and very low rents mean there is always a waiting list for the residences. The lower level of the mall is mixed use with retail and restaurant businesses.

The machines and computers that power everyday life in the 21st century need to live somewhere. Although most people don’t really think about them, data centers are an imperative part of what makes today’s world turn.

Converting malls into data centers is an emerging trend which requires extensive renovation and rewiring, but is an excellent use of the space that looks ahead to our needs of the future.

Americans still love their stuff, and the self-storage business is booming. While retail sales have been going down, new properties being developed as self-storage is going up. Developers are making malls, or anchor stores within malls, into self-storage facilities. These often include a few retail and food options, such as this new self-storage development in Ohio.

Traditional and non-traditional offices are being developed in former mall spaces. These include a new trend called co-working, where freelancers and independent workers gather in a community workspace with all the office amenities required. Additionally, when large corporations need more office space, the mall property can be an obvious choice. Offices are combined with mixed use commercial real estate development that workers needs such as restaurants, gyms, and shopping.

Community colleges are taking note of the newly created space, and so are developers of education facilities. In Tennessee, an old mall is now home to Nashville State’s satellite campus. The same thing is happening in California, Texas, Pennsylvania and other state’s across the country. These new campuses include digital media labs, high-tech computer facilities, science labs, and libraries. A brand new facility allows schools and colleges to create modern, cutting-edge campuses designed to attract new students.

Healthcare is currently the fastest growing industry in the country, and it is not slowing down any time soon. As a result, there is an up an coming trend to combine health care facilities, fitness centers, pharmacies, blood labs, and private practitioners all in one place.

A mall lends itself ideally to this concept. The one-stop healthcare concept has taken hold outside of Boston, where Bulfinch Companies completed a $100 million renovation of the Atrium Mall. Renamed the Life Time Center, it is now a wellness, health, and medical destination featuring a training area, physical therapy, healthy eating, preventive care, and more together under one roof.

When the Blues Brothers drove their cars through an indoor mall and caused massive destruction in an iconic 1980 movie scene, little did they know they might be foreshadowing future events. Television and film studios are taking note of the acres of indoor space available in abandoned malls for shooting.

In Atlanta, a development firm plans to turn old mall property into a film studio.

Mall spaces are also being developed into large resorts, hotels, and entertainment meccas. Malls already have everything a hotel or resort needs, including accessible locations with easy highway access, and vast amounts of parking. Traditional mall staples like restaurants and retail are being built into the equation in new ways. They are also ideally suited to be repurposed as convention and meeting centers.

The vast, hulking spaces of the American shopping mall are being re-imagined in incredibly creative ways. As developers and investors look at these spaces with new eyes, it opens up brand new commercial real estate opportunities across the country. 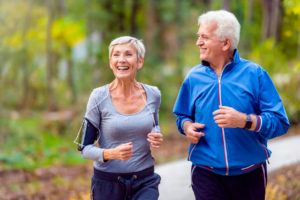 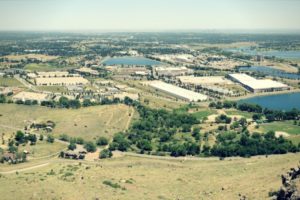