When Compost Kills: What You Need to Know About Broadleaf Herbicide Residues

Lawn clippings. Livestock manure. Chopped straw. Gardeners hoard organic material to feed their compost piles, which in turn add valuable nutrients, humus, and structure to depleted soils. For many of us dirt-worshippers, composting has become an art form, if not an obsession. We get as much satisfaction from a perfectly-processed batch as we do from neighborhood praise of our dahlias and heirloom tomatoes, and we feel good having control of the inputs that keep our gardens chemical-free. But what if, by applying nature’s “black gold,” we’re actually poisoning our plants?

That’s what happens when we add organic material tainted by certain broadleaf herbicides to our compost piles, mulch, and soil, and here’s what you need to know to avoid and correct chemical contamination.

Which herbicides pose the most risk to my garden?

The five broadleaf herbicides most cited for garden damage are those in the pyridine carboxylic acid group. They’re used to control weeds in certain commercial crops and orchards, vacant lots and roadsides, on golf courses, and lawns. In agricultural and environmental circles, they’re referred to as plant growth regulators (PGR) as they wreak havoc on hormonal growth triggers.

Some weeds pose a serious threat to livestock, and most of these broadleaf herbicides (and a few used to eliminate invasive, nutrient-poor grasses) are necessary evils approved for grazing and hay production. They don’t harm the animal but can remain in the manure, especially if the chemicals aren’t applied precisely according to the label’s instructions.

Picloram [1] is favored for its effect on woodier perennial growth but it kills many other broadleaf species. Picloram breaks down at a much slower rate than triclopyr and clopyralid, lasting up to two years in the soil.

Triclopyr is most often used on lawns but is effective against brambles, invasive trees, and shrubs. It’s also used on rice crops, from which hulls and straw are sold for animal bedding or “straw bale gardens.”  According to the National Pesticide Information Center [2], Soil microbes help break down triclopyr, which has a reported half-life between eight and 46 days in the uppermost layers of topsoil, and longer where there’s less oxygen. This is believed to be the case with other PGR herbicides.

Once a popular ingredient in home lawn herbicides, clopyralid is now restricted to licensed commercial use on sod farms, golf courses, and turf. It’s a popular weapon against dandelions, clover, and thistle, and it’s toxic to all broadleaf garden plants.

According to the Oregon State University Extension Service, aminopyralid concentrations as low as one part per billion will negatively affect plant development and fruit set. In 2010, this particular pesticide caused crop collapse on several Washington State farms that had sourced composted manure from a dairy that fed aminopyralid-tainted fodder to its cows. It has a half-life of 35 to 75 days.

Frequently used as a roadside herbicide, aminocyclopyrachlor has a conservatively-measured average soil half-life of 224 days, meaning it will stick around in the soil long after you’ve decided to put your property up for sale, buy a pre-certified organic farm, and spend the rest of your days writing nasty letters to chemical companies.

Even after numerous lawsuits against the brands that have used aminocyclopyrachlor in their products, it’s still a federally-approved herbicide. Some states have banned it, raising jurisdiction issues and Oregon, where thousands of trees — including old-growth fir and Norway spruce — have been damaged or destroyed by ACP, is leading the charge. According to Oregon Public Broadcasting, wood products from ACP-affected trees are known to contaminate mulch, compost, and soil.

Most of us are aware of glyphosate, the primary ingredient in Roundup. It’s a separate class from the pyridine carboxylic acids, but we felt we had to mention it here as it’s become part of the gardening zeitgeist.

Glyphosate is a broad-spectrum herbicide effective on both grasses and broadleaf plants when it’s sprayed directly on foliage and stems. It degrades or becomes inactive after a few days to weeks if applied as directed. Regardless of whether they’ve been treated with herbicides, we don’t recommend adding weeds to compost systems since the seeds can survive high temperatures.

How do I make sure I’m sourcing herbicide-free manure, compost, and mulch?

Mindy Daughtry, an extension agent for North Carolina State University wrote, “Every individual in the chain of use of products treated with these herbicides should provide detailed information on the herbicide restrictions to prevent potentially catastrophic problems for other farmers, gardeners, and for themselves (including possible liability).”

The operative word here is “should,” but “catastrophic” sure sticks with you, doesn’t it?

Stable managers, hobby farmers, and commercial dairy and meat operators don’t always know whether their hay or bedding straw has been sprayed with herbicides. As long as there’s no known risk to their animals, or they’re not bound to organic certification standards, they’re not likely to ask. Certified organic hay and straw is expensive for producers and hard to come by, but if you’re lucky enough to find manure from an organic operation, consider it a major score.

Straw, rice hulls, and low-quality grass hay are popular bedding materials for livestock, backyard chickens, and small-scale poultry and egg operations. These as well as wood shavings and sawdust may carry contaminants.

Only use clippings from herbicide-free lawns, and burn or dispose of diseased or potentially contaminated plants. If you live near a property or roadside you suspect might be treated with any of these chemicals, contact your local university extension office for recommendations on preventing “drift” from reaching your garden. Your county or state may permit you to opt-out of certain herbicide sprays applied by road and utility crews to easements across your property.

If you plan to purchase bagged or bulk mulch, compost, wood shavings, or manure do a little research ahead of time to find out if the brand or supplier monitors its inputs for herbicides. When in doubt, spring for certified organic soil amendments or create your own.

How do I know if there are herbicides in my compost, mulch, or soil?

Gardeners often rely on home soil testing kits or those performed through university agriculture extension services, but variables in temperatures, season, and soil composition make it nearly impossible to accurately monitor herbicide loads or predict their decay rate. Most soil experts recommend plant matter bioassays, which — as far as backyard gardeners are concerned — means “grow some stuff and see what happens.”

That might not be an option if you’re sitting on hundreds of dollars worth of garden seeds, tree saplings, or nursery starts, but you can always plant inexpensive, fast-growing species like buckwheat, borage, or peas to serve as coal-mine canaries. Grow test plants directly in your garden or in mixed potted soil collected from different depths and locations in your beds.

Telltale signs of contamination match those of common plant diseases but these are the symptoms most associated with long-lasting, broadleaf-targeting herbicides:

If you decide to send test samples to a private or university extension lab, ask for their specific collection recommendations. Most laboratories will suggest you wait until the plants are about six weeks along before harvesting samples.

What can I do if my garden’s contaminated with herbicides?

Short of giving up and moving to a pre-certified organic farm surrounded by other certified organic farms, the most extreme solution to reversing herbicide contamination is the removal and disposal of affected topsoil, mulches, and compost. Some market gardeners have had to do just this because they don’t have any other options. If you want to take a less drastic approach in your own garden but aren’t willing to wait it out, Montana State University [3] suggests the following:

Speed up the herbicides’ decay rate

Air and sunlight speeds up the breakdown of herbicide loads, so tilling may help kick off the recovery process. Amending affected soil with chemical-free compost will help loosen and aerate the soil and encourage chemical-neutralizing microbes and fungi to flourish.

Add potash to your compost or topsoil

Potash binds to and neutralizes chemical toxins in the soil [3]. Potash is, essentially, potassium, and while it can temporarily throw off your soil’s nitrogen-phosphorous-potassium (N-P-K) balance, potassium quickly leaches from soils and in most cases is a safe and welcome addition. Source your potash from burned leaf litter or tree trimmings, wood stoves, activated charcoal, or biochar — which is essentially activated charcoal manufactured and labeled for agricultural use.

Now for the good news: You can still grow a garden this season, even if your choices are limited. Monocot or dicot grass grains, including corn, oats, wheat, and barley, tolerate pyridine carboxylic acids fairly well and are safe for human consumption. So are ornamental and vegetable plants in the enormous mustard (Cruciferae/Brassicaceae) family, including:

Mustard and turnip greens make fantastic cover crops and will help break down and, to a degree, “soak up” toxins. If your goal is reducing chemical contamination, remove and destroy mature plants. Don’t till them under as you would plant-based, “green” manure.

Don’t put toxic b*llshit in your garden — or on your blog, for that matter

Here’s where we’d wrap it all up and tell your readers how they can get in touch with you for gardening tips, services, and supplies. If you want the dirt on outsourcing fodder-free marketing content and you enjoyed this sample post, give us a shout! We’ve got dozens of writers who’ve created five-star authoritative blog articles, white papers, and web copy for our horticulture and agriculture industry customers.

Did you know search engines can penalize content citing non-SSL domains? That’s why the author listed websites beginning with http: (rather than https:) below. Our writers have your SEO in mind, and our proprietary editing software catches any non-secured sites upon submission. 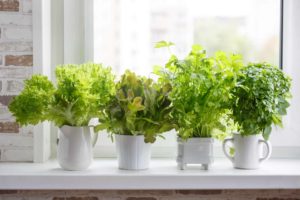 How to Cultivate a Winter Garden