Innovative Technology Trends That Will Shape 2021

As the new year progresses, technology trends continue to drive unprecedented change. Devices, applications, and platforms once considered cutting-edge are being replaced by even more powerful innovations, impacting how we work, live, and play.

Every aspect of technology, from programming languages to app storage, automation, and blockchain, is being reimagined and utilized in ways never before conceived.

Advances in technology, including the Internet of Things (IoT), artificial intelligence (AI), blockchain, robotics, and data analysis are driving change in software development.

Several familiar languages have evolved to meet the demands of complex applications and systems. Meanwhile, once-obscure languages like Python have emerged as clear favorites in the new year.

With this in mind, these are the programming languages that will continue to dominate the software development world through 2021 and beyond.

Used extensively in web and software development, Python has seen an 18-19% growth over the past five years. Machine learning (ML) and AI account for its rising demand.

At its heart, machine learning is a subset of AI. ML algorithms use data to make predictions without explicit programming instructions. Over time, the predictions become more accurate.

Python has an extensive collection of pre-built libraries that can be used to implement both ML and DL (deep learning) algorithms. With its ease of use and compatibility with a multiplicity of platforms, it’s easy to see why Python is the reigning king of programming languages.

As one of the world’s most versatile programming languages and the native language for Android, Java continues to dominate the software industry. Java is also the robust language behind the massive growth of AI applications.

The platform-agnostic Java Virtual Machine technology allows developers to build desktop apps on nearly any system or Java-enabled platform. Java also boasts a substantial community of developers across the globe.

JavaScript continues to be one of the more popular languages since most websites are built with it. Its versatility allows it to run on mobile devices and on both the client and server-side.

Historically, its main use has been for web page and app scripting, but the next JavaScript wave is integration with ML and AI applications. The Supernova project proves just how effectively this language has been integrated into advanced environments.

R is another programming language that’s gaining in popularity due to its applications in ML. The R language is open-sourced and used by data scientists for predictive analytics, statistical computing, and visualizations.

R’s recent rise in popularity has also been facilitated by COVID-19. The language is used extensively in statistical computing and data mining, both associated with the search for viable vaccines. In the summer of 2020, R placed eighth on the Tiobe Index of language popularity due to this application. As of Feb 2021, R sits pretty at NO.11 on the Tiobe Index.

Developed by Mozilla to remove security bugs and replace C and C++, Rust is gaining attention as an efficient programming language in systems development.  The reason behind Rust’s increasing popularity is due to its memory safety properties, efficient concurrent use, and zero-cost abstractions.

Systems programming requires low-level control of memory management. However, manual management in languages such as C and C++ has been problematic in terms of memory safety.

In Rust, memory leaks can be avoided since its ownership system manages memory allocations during the compilation process.

Rust also eliminates any unpredictable behavior during the compilation phase since its borrow checker prevents data races. Additionally, there’s no runtime overhead for abstractions and no differences between low-level code and one written with abstractions.

TypeScript is a JavaScript-based, open-source language released originally in 2012. It offers several advantages, including a 15% reduction in bugs, easy migration, and seamless integration with the React and Vue frameworks.

Additionally, TypeScript is used with React Native for the development of cross-platform mobile apps.

In addition to the above programming languages moving to the forefront in 2021, several other advances are poised to disrupt the technology sector. Here are additional platforms and protocols that will continue to trend in the years to come.

Quantum computers solve problems with incredible speed and efficiency and have the potential to impact major areas.  Experienced Python developers can use an open-source platform called Qiskit in their quantum exploration projects.

IBM outlines how quantum simulation can lead to the discovery and early development of new drugs. In early 2020, it also announced a quantum computer breakthrough that brings it one step closer to developing ultra-powerful next-gen lithium-sulfur (Li-S) batteries.

Another application for quantum computing is within an AI-augmented government with uses in law enforcement, defense, and national security.

AR and VR are immersive technologies that will continue to play an important role in our everyday lives. According to a report by ARtillery Intelligence, VR use in business is forecast to grow to $4.26 billion by 2023.

The technology is used for employee training programs, staff meetings, and personalized customer service in the retail industry. AR and VR have seen a massive increase in use due to the shift to remote working in 2020.

Employees look to AR and VR solutions to collaborate with colleagues while consumers use these technologies for entertainment purposes.

The E-commerce and retail sectors may be two of the most well-known users of AR. Using AR, shoppers can “manipulate” products on their screens and enjoy personalized shopping experiences. They can see variations in the color and design of specific products.

For example, Kohl’s Department Stores recently collaborated with Snapchat to create a virtual closet using AR technology. On their smartphones, shoppers can use the Snapchat app to step inside a virtual dressing room where they can mix and match clothing items.

Kohls continually updates available items based on the time of year. So, kids can “try out” back-to-school fashions in the fall, while adult shoppers can browse top clothing styles for springtime.

While gaming has harnessed the power of VR to create immersive experiences, the tourism industry has leveraged it to bring the world to consumer screens. VR facilitates 360-degree virtual tours, allowing travelers to explore exotic locations from the comfort of their living rooms.

This use has become so popular, that Marriott Hotels launched its VRoom Service to great fanfare in 2015. The service allows guests to order virtual reality experiences to their rooms.

In addition, guests can also use Marriott’s VR Postcards platform to immerse themselves in travel experiences via virtual reality headsets. Each “travel story” allows guests to “follow” travelers on a journey to faraway places such as the Andes Mountains in Chile or the streets of Beijing.

Blockchain is often associated with cryptocurrencies such as Bitcoin, but this distributed ledger technology also secures and tracks transactions.

Due to its distributive characteristics, blockchain-based databases are less likely to be hacked. In a recent publication, Deloitte describes how blockchain promotes data confidentiality and access control for organizations.

Because of the high-level security protection Blockchain offers, financial institutions utilize the protocol for efficient payment transfers. This is especially useful for international payments that would normally take several days to clear.

Banco Santander launched the world’s first blockchain-based money transfer service that facilitates same or next-day money transfers. This has resulted in the need for fewer intermediaries for money transfers, thus decreasing the cost of these transactions.

Blockchain adds a higher level of security to IoT devices via its powerful encryption feature. This is critical since IoT devices are easy targets for cyberhackers.

With IoT use exponentially increasing, organizations have leveraged the two technologies to create efficient data solutions across several industries.

With the diverse selection of mobile devices on the market, it’s crucial to have apps that function on more than one platform. Unlike native apps that are limited to specific platforms (Windows or Android), hybrid or cross-platform apps can offer near-native experiences across multiple devices.

They allow developers to utilize HTML5, JavaScript, and CSS and run their apps across major mobile platforms. Hybrid apps can be integrated into any platform through native container packaging.

Thanks to its cost-effectiveness and faster deployment to multiple device types, hybrid app development will continue to dominate in 2021.

One of the most popular productivity apps, Evernote, features a hybrid architecture. Evernote’s robust performance and multi-device syncing capabilities demonstrate how hybrid apps can deliver immersive and seamless experiences on both iOS and Android devices.

Low-code and no-code development is becoming more commonplace among businesses that don’t have skilled in-house developers teams. This visual approach to development allows users to create apps using tool-kits consisting of pre-packaged components such as drag-and-drop interfaces and form builders.

Users can essentially create a functional app in just a few hours by using several commercially available packages from vendors such as Microsoft and Salesforce.

The market for low-code platforms continues to grow, with Gartner forecasting that three-quarters of large enterprises will use at least four low-code development tools by 2024.

Additionally, low-code will comprise over 65% of application development activity. Verified Market Research predicts that the market for low-code platforms will grow more than 44% annually through 2026.

A discussion of trending software applications and platforms wouldn’t be complete without a reference to IoT. The fastest-growing uses for IoT are in the manufacturing, real estate, retail, and healthcare industries.

The devices and sensors used in an IoT network are software-driven and require specific apps to function effectively. An IoT platform that’s secure, versatile, scalable, sustainable, and compatible with 3rd-party software is critical to business success.

Statista Research reports that worldwide spending on IoT will reach $1.6 trillion by 2025. In light of the facts, IoT application development will continue to be in demand for years to come.

As consumers order everything from groceries to clothing on e-commerce sites, online shopping shows no signs of slowing down. In fact, online sales account for 14% of total retail sales, with this number reaching 22% by 2023.

As a result, e-commerce software used for inventory management, order processing, and data analytics will continue to experience rising demand.

A VISION FOR THE FUTURE

2020 was a watershed year in more ways than one. The world battled a pandemic and technologies evolved to support a shift to remote working. In 2021, digital transformation will continue to play a significant role as more companies migrate to the cloud. To support the changing landscape, we’ll see unprecedented demand for cloud engineers and security specialists.

Meanwhile, emerging technologies will require more complex and powerful software solutions to drive them. As a result, innovations such as AI and ML will undergo iterations and continue to trend in 2021 and for years to come. 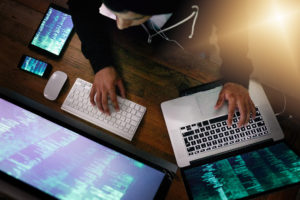 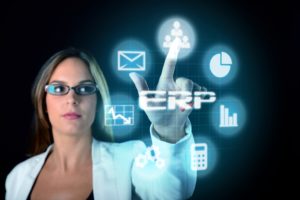