If you work for a real estate company, you probably understand that your competition often involves not only other local real estate companies but often people selling homes in other parts of the country. Because of this, one of the keys to blogging for real estate is making potential customers interested in moving to your city. This is best done by anticipating what potential customers are looking for in a community. Consider the following 1,239-word sample post, targeted mainly at those who have graduated from college in the last few years.

Salt Lake City Is A Great Place For Young Professionals

You have recently graduated from college, or you are graduating soon. Whether you have several job offers or nothing seems to be panning out yet, you realize that it is now time to decide where you are going to move after graduation. If you’re a 20-something, Salt Lake City might be the right fit for you. Last fall, SLC was included among The 20 Best Cities for 20-Somethings, as well as being Number Four on Forbes’ list of the America’s Best Cities for Young Professionals. Nearby Provo made it to Number Seven on Forbes’ list, as well. If you have never been to Salt Lake City, you might be wondering what it is about this city which makes it a great place to live for young adults. 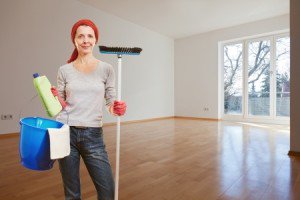 Utah is known for its beautiful mountains. In the winter, those mountains provide some of the best skiing and snowboarding.

Last year, CNN Money looked at the stress levels of people in 55 major metropolitan areas in the United States, and Salt Lake City came out as the Least-Stressed City. Salt Lake City got this ranking for a variety of reasons. First, unemployment is low. There is also a low cost of living in SLC. Plus, less than 13% of residents live in poverty. As an added bonus, the commute is pretty short for a metropolitan area. The average commute for those living in Salt Lake City is only 23 minutes both ways. Since residents do not have to be worried about jobs and other expenses, and they do not have to spend as much time in traffic as people living in many other cities. Instead, they have time to spend with family and friends. At a time when you a probably concerned with paying back student loans, the less you have to worry about money for other things, the better.

Utah is known for its beautiful mountains. In the winter, those mountains provide some of the best skiing and snowboarding. There are 9 ski resorts within an hour of Salt Lake City. This includes Sundance Mountain Resort, home to the Sundance Film Festival. Although the 2015 festival is over, the 2016 film festival will take place from January 21- 31, 2016. You could take a few days off of work, make the short trip to the Sundance Mountain Resort, ski for a couple of days, and enjoy a few independent films.

Other local ski resorts, including Park City and Alta, have great skiing during the winter months and other great activities during the summer months. If you like hiking, biking, or mountain climbing, you will not be disappointed. Many locals enjoy the local mountains no matter the time of year. One of the great things about the local ski resorts is their proximity. Make it a day trip. Get up early, go skiing, and be back home before dinner. Yet, you can also make it a multi-day trip and spend a few nights at one of the lodges while skiing during the day.

Last fall, the Wine Enthusiast included Salt Lake on its list of America’s 5 New Foodie Cities. Among the notable eateries mentioned, was the Forage, a restaurant where you will need to have reservations and where the multi-course meal will require you to plan on spending about two-and-a-half hours eating. Because the menu goes along with what is available and fresh locally, the menu is constantly evolving and changing. You are basically guaranteed to experience food you have never tried before. Forage can be a bit expensive for some people, so especially as a recent college graduate, you may want to make it more of a special occasion event.

Still, Salt Lake City has a variety of other restaurants for more ordinary days, that don’t just serve ordinary food. To get a feel for some of the best SLC has to offer when it comes to food, review Salt Lake Magazine’s “Dining Awards: 25 Best Restaurants in Utah.” Twenty-four of the 25 restaurants are either in Salt Lake or within about 45 minutes of the city. While some of them, such as Forage, might cost pretty close to $100 for each person, others can easily be a $30 – 40 date night. No matter your budget, SLC offers quality experiences for any foodie. 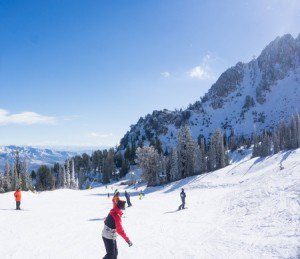 UTA’s Ski Service allows you to get a ride to many of the local ski resorts rather than having to drive yourself.

No, Utah Transit Authority (often called UTA) is not the New York City subway system, but it is a well-established public transportation system which runs from Payson to Brigham City, covering the majority of Northern Utah. Many people use a combination of UTA buses, TRAX, and FrontRunner trains to commute to work. TRAX is used for getting around downtown SLC. To better accommodate riders, a portion of TRAX is even designated as the Free Fare Zone. Bikes are also welcome on all forms of UTA transportation, so even if there is not a UTA station right next to your home or work location, you can ride your bike to the station, ride the bus or train to another station, and then bike to your destination.

Utah Transit Authority can be especially convenient in the winter, particularly if you are not a fan of driving in the snow. UTA’s Ski Service allows you to get a ride to many of the local ski resorts rather than having to drive yourself. Many Ski Service routes only have a few stops, so the trip to and from the ski resort is only slightly longer than it would take if you drove yourself.

The Energy Solutions Arena, previously called the Delta Center, is home to the Utah Jazz, an NBA team based in Salt Lake City. Although the Jazz had a rough start to their 2014 – 2015 season, as of St. Patrick’s Day, the team was on a six-game winning streak, currently the best in the NBA.

In The Venue is another place to go for concerts and other entertainment. Although many of their acts are local up-and-coming artists, national and international artists have also been known to come to In The Venue. For example, both the Ting Tings and Bad Religion performed March concerts there. Other acts which have come here in recent years include My Chemical Romance, Katy Perry, Smashing Pumpkins, and Sara Bareilles.

Of course, there are many other reasons Salt Lake City is a great place for people in their 20s. If you need help finding the right home, please contact us. Whether you want to be in the heart of Salt Lake City, live in one of the suburbs, or you want to live somewhere else along the Wasatch Front, we can help you find the right home and community for your needs.