This expansive, comprehensive, 1,869-word sample post was crafted by engineer, musician, and rock climber Marc S., who was recognized in our February writer spotlight. Besides being a legendary writer for Verblio (formerly BlogMutt), having sold 2,575 posts total, he has a background in engineering and physics and has been a space enthusiast for over three decades. This expertise made him the perfect candidate to cover in technical detail how the Falcon Heavy works, why it succeeded, and more, which can serve as an example of top-of-funnel or middle-of-funnel piece content for a very technical or engineering company who wants to stay in the conversation about current, timely topics.

In 1961, president John F. Kennedy committed the United States to putting astronauts on the moon within a decade. Eight years later, it happened. This remarkable achievement occurred despite limited spaceflight experience and the primitive technology available at the time. But during the 45 years that followed the last Apollo moon mission in 1972, humans never again ventured beyond earth orbit despite vastly improved technology.

Why hasn’t the U.S. sent astronauts back to the moon or on to Mars? The reason has to do with motivation. The race to the moon was driven by an existential threat from the Soviet Union. For a while in the late 1950s and early 1960s, it seemed the Soviet Union was ahead of the United States in space technology and by implication, the ability to lob nuclear warheads with intercontinental ballistic missiles. But after multiple moon landings unequivocally demonstrated U.S. technological prowess to the Soviets and the rest of the world, justification for further lunar missions vanished. Scientific discovery and exploration by themselves didn’t warrant the Apollo program’s enormous cost. NASA’s funding shrank from a high of 4.41% of U.S. spending in 1966 to about 0.5% today.

The retirement of the Space Shuttle in 2011 further deepened the human spaceflight malaise when U.S. astronauts became dependent on Russia for transport to the International Space Station (ISS). Even the Pentagon depends on Russian-made rocket boosters for launching its military satellites into space. In spite of this, the future looks promising thanks to a partnership between NASA and select commercial companies. SpaceX, in particular, has fared well with its Falcon 9 resupply launches to the ISS, its Falcon 9 satellite launches, and most recently, its successful launch of the Falcon Heavy. 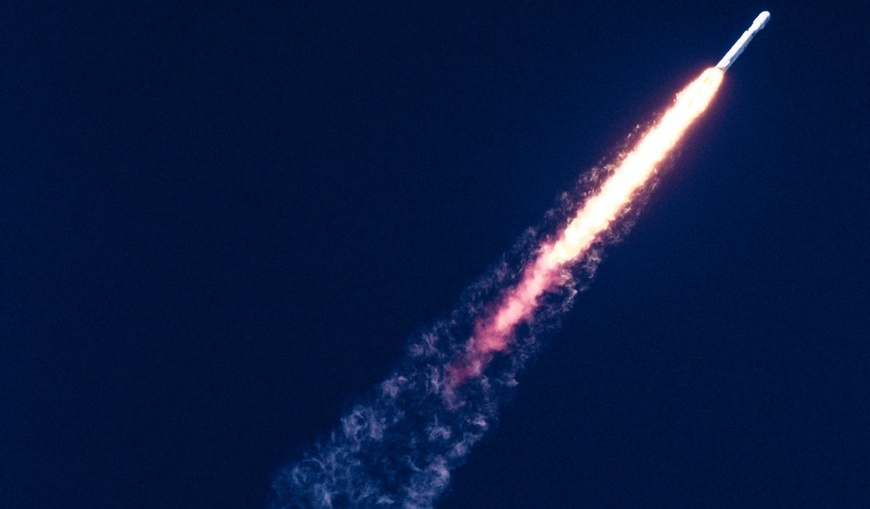 The Most Powerful Rocket in the World

On February 6, 2018, the Falcon Heavy rocket successfully carried out its maiden voyage. Prior to this, Elon Musk tried to lower expectations by saying that either success or failure would be an exciting spectacle. But he needn’t have worried because the launch was nearly flawless. The rocket delivered its payload, Musk’s Tesla Roadster, into a heliocentric orbit that crosses the orbit of Mars. The Falcon Heavy’s two boosters detached after using most of their fuel, and successfully landed in an upright position at their designated landing pads at Cape Canaveral. The two landings were executed with near perfect synchronization. However, the center rocket missed its drone ship landing pad and crashed into the Atlantic Ocean at 300 mph. 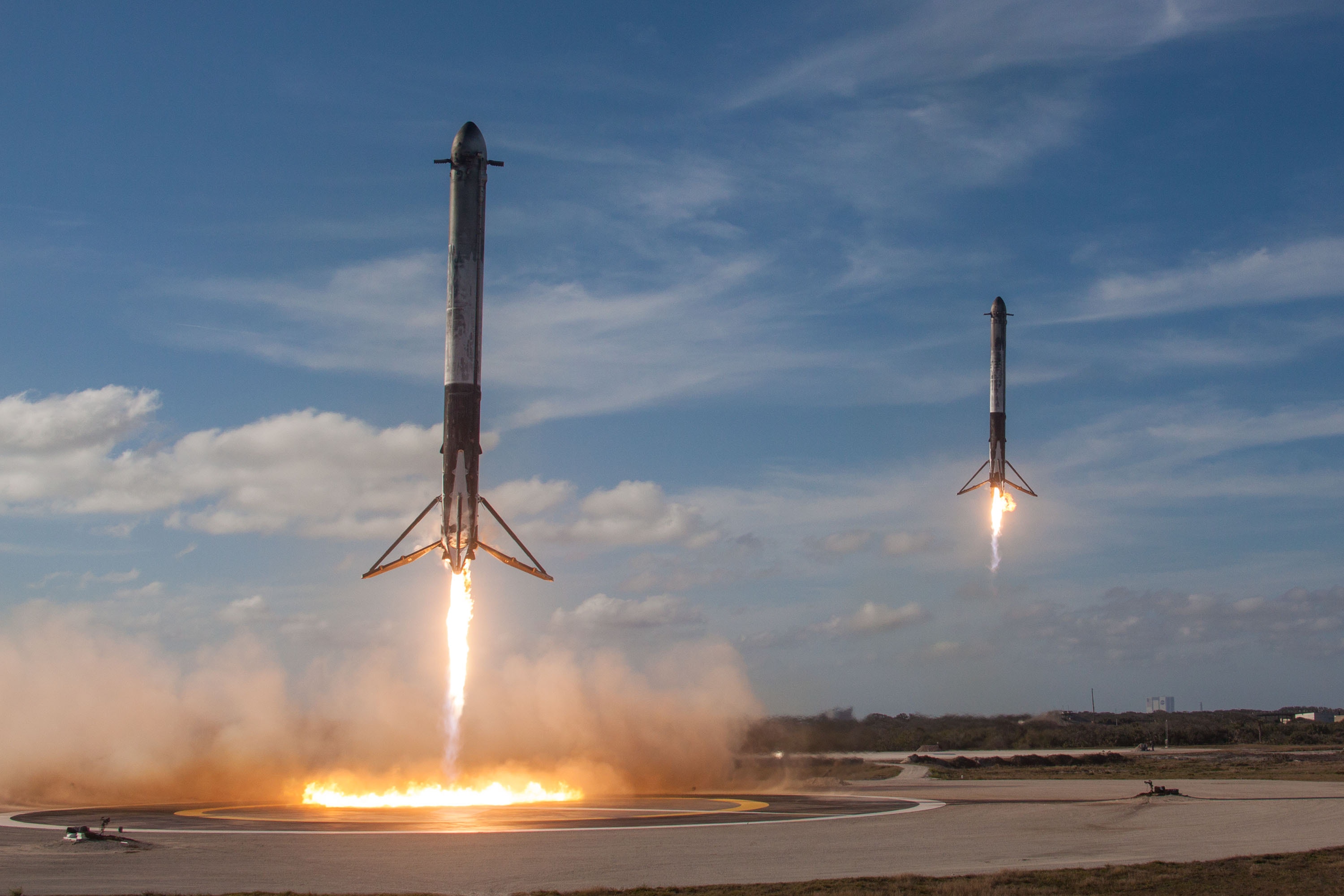 How the Falcon Heavy Works

The Falcon Heavy is a partially reusable launch vehicle designed to carry loads up to 63.8 metric tons into low earth orbit (LEO) or lighter loads into geostationary orbit. It can deliver still lighter loads to the moon or Mars. It consists of a central Falcon 9 first stage rocket with two Falcon 9 booster rockets attached on opposite sides. After the side boosters detach during launch, the first stage rocket continues until most of its fuel is spent. At this point, it detaches from the second stage, which continues into orbit. The second stage engine can reignite several times. The first stage rocket and the two booster rockets use their remaining fuel to land safely on either ground or sea-based landing pads. These recovered rockets are reused at a later date.

Although this reusability saves money, it incurs a performance cost. The booster and first stage landing maneuvers burn fuel that could otherwise have been used to push a heavier payload into orbit. When launched as a fully expendable rocket, the Falcon Heavy’s maximum LEO payload capacity is 63.8 metric tons. When launched as a reusable rocket, this capacity drops to about 30 metric tons.

Are 27 Engines Too Much to Handle?

Another unique feature of the Falcon Heavy is its simultaneous use of 27 engines (the core first stage rocket and two side boosters each has nine Merlin engines). Some critics have questioned the wisdom of using so many engines by pointing out the disastrous experiences of the Soviets with their N1 moon rocket. The N1’s first stage had 30 engines. This design choice is blamed by many for the Soviet’s failure to place a cosmonaut on the moon during the Cold War space race. Using lots of small engines instead of a few large engines adds extra hardware and control complexity, which decreases reliability. The N1 moon rocket was launched four times, each of which ended in failure. The second launch caused a huge launchpad explosion. It was one of the largest human-made non-nuclear explosions on record.

The Falcon Heavy didn’t suffer the same fate. But a single successful launch is insufficient for making sweeping generalizations. Nevertheless, the Falcon Heavy enjoys these crucial advantages over the N1 moon rocket:

Comparison Against Other Heavy Launch Vehicles

The Falcon Heavy’s affordable price tag opens a number of opportunities for SpaceX. These are a bigger share of the missions normally given to the Delta IV Heavy, launching payloads to geostationary orbit, and sending large national security satellites to LEO. Large space telescopes and orbiting space habitats are other potential applications. An intriguing possibility is launching NASA’s robotic space probes to the planets. The reduced launch cost would allow NASA to send more probes with its current budget.

An example of how high costs and low budgets harm science is the recent cancellation of a lander mission to Europa, Jupiter’s ice-covered ocean moon. Speculation abounds about the possibility of this world harboring life within its watery depths.

In February 2017, SpaceX announced its intent to send two space tourists on a flyby trip around the moon and back to the earth with a Falcon Heavy. However, this won’t likely happen because SpaceX wants to focus most of its resources on developing the Big Falcon Rocket (BFR). Progress on the BFR, according to Elon Musk, has been good.

This 100% reusable launch vehicle will be as large as a Saturn V rocket but will have a bigger LEO launch capacity of 150 metric tons. The cost of launching heavy payloads will be immensely smaller than that of the Saturn V, or NASA’s planned Space Launch System, or of any existing smaller vehicles putting the same tonnage into orbit with multiple launches. If the BFR proves successful, SpaceX plans to discontinue the Falcon 9 and Falcon Heavy. Much of the same know-how and technology used in these two launch vehicles will be incorporated into the BFR.

How the BFR Will Work

The BFR will be a two-stage rocket with no side boosters. The first stage will have 31 Raptor engines and will land itself after separation from the second stage (called the “Spaceship”). After delivery of its payload in orbit, the Spaceship will de-orbit and land itself upright as other SpaceX rockets have in the past. The BFR will use subcooled liquid methane and liquid oxygen in both of its stages. The choice of liquid methane fuel allows future Mars expeditions to manufacture fuel and oxygen with local resources. Methane can be chemically produced from carbon dioxide and water. The Martian atmosphere will provide the carbon dioxide, and local water ice, known to exist beneath the Martian surface, will be used. Solar energy will drive the chemical process. 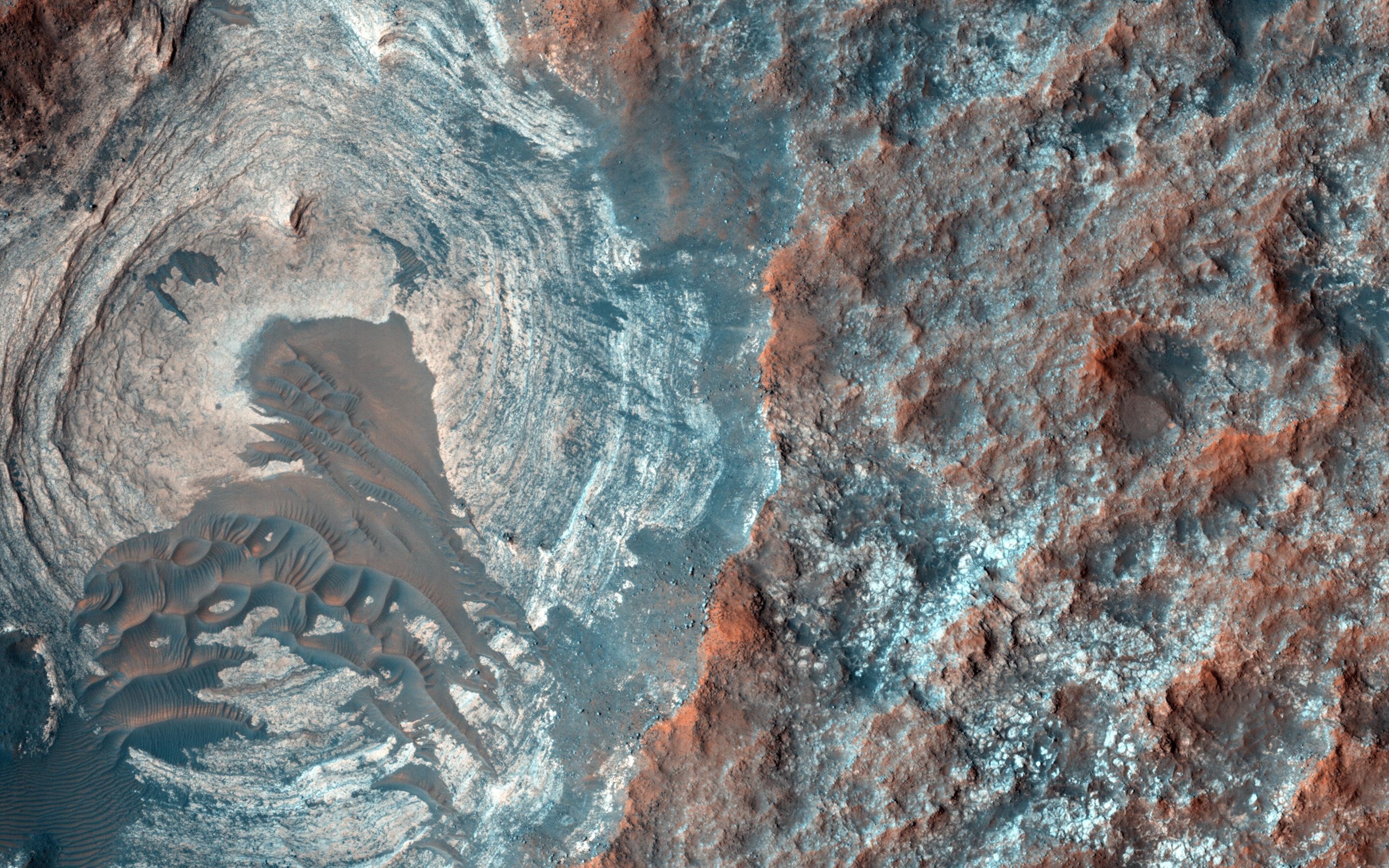 The second stage, or Spaceship, can be refueled in space by mating with a tanker ship. The mated ships will accelerate to produce G forces (artificial gravity) which will force fuel into the Spaceship. This refueling capability allows the Spaceship to deliver 150 metric tons of payload and people to the moon or Mars. A trip to the moon’s surface and back to the earth will not require any local manufacturing of fuel.

According to Elon Musk, SpaceX hopes to send two BFR cargo Spaceships to Mars in 2022 to verify water sources and to ascertain hazards. Four more BFR Spaceships will travel to Mars in 2024. Two will carry cargo and the others will carry passengers. Both missions should be sufficient to set up a propellant production plant and establish a base that will enable future expansion.

If NASA goes ahead with a proposal to set up an orbiting or surface lunar base, SpaceX may alter its BFR plans in order to “follow the money”.

The Economics of the BFR

On the surface, it seems absurd that a giant launch vehicle like the BFR will deliver cargo and people more cheaply than small expendable vehicles. However, this is analogous to delivering a large cargo load using multiple small cargo planes where each plane is destroyed after one use, as compared to delivering the entire cargo in one jumbo jet which returns home intact. The jumbo jet’s cost is mostly spent fuel. This doesn’t come close to the cost of buying, fueling, and destroying several smaller cargo aircraft. The BFR should be able to deliver small satellites more economically by releasing large numbers of them per launch. This decreases the launch cost per satellite. The BFR’s reusability also factors heavily into the economics.

If SpaceX realizes its vision, it will usher in a space-age renaissance. Capitalism will be the new driving force behind human space exploration. Why would human space travel be profitable? Exploiting the natural resources on the asteroids such as water, rare earth metals, and precious metals, as well as space tourism, are obvious reasons. At some point, establishing permanent colonies may become viable. This should produce new commercial opportunities. Finally, SpaceX’s example will induce other businesses to innovate and compete to get their piece of the action. In fact, several companies are working on this right now.