Blogging for IT Services Sample Post: IT Jobs & A Tale of Two Cities

Whether it is the best of times or the worst of times, we live in the age of technology. Information Technology, an incredibly fast-growing industry, makes up a broad swath of jobs across the workforce. To be able to keep up with this technological growth means adapting to it, and learning from others on how to do so. With blog posts such as this 696-word sample below, businesses and IT companies can spread the knowledge and information necessary to stay abreast of rapid development in our digital world. 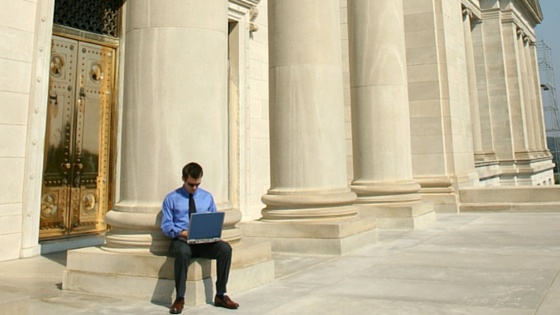 In 2014, one in 12 jobs in Washington D.C. was in IT services. This seemed to surprise those inside the Beltway, who may see themselves as predominantly a paper-pushing sort of people with noses thrust deep into centuries-old books.

This week’s report, “Roadmap for the Washington Region’s Economic Future: Seven Key Economic Clusters” found a 5 percent job growth in the Information and Communications Technology category over the last decade, and the greatest total number of jobs in the seven categories.

Douglas Meade, the director of research of Inforum, a University of Maryland-affiliated group focused on business planning and government policy analysis says, “You might not think of Washington as a specialist in this area, but it is.”

With a goal of “weaning the economy off of federal government spending,” here are seven job clusters the report has placed before regional leaders, listed below according to the number of jobs currently held in that sector.

By 2025, the report predicts these clusters will account for 981,005 jobs in the region. The commonality? Most are actually thinly disguised tech jobs. It appears that the Washington researchers don’t see themselves as part of the IT sector yet, in spite of the fact that most science is technological these days, and most research involves massaging data. On computers.

Meade adds that, “We wanted to look at what are the strengths we have now and, moving forward, how would those strengths evolve?” It would appear that these strengths will evolve from a primordial cesspool of technological savvy. Even travel and entertainment work requires extensive social media skills.

Singapore provides just such a lesson. After a financial crisis in 2009 with sluggish growth in manufacturing and construction industries, the population has had to shift focus where it’s needed: the IT sector. In 2014 there were 15,000 job vacancies in this category. Local polytechnics have responded by introducing courses on “in-demand tech tools such as social media marketing, cloud computing and mobile computing.”

From think tanks to news services, let us not forget the vital focus on social media. According to the Singapore report, “Social media is not just a platform for folks to post selfies with their cats; it presents a unique opportunity for marketers to push products and services to potentially millions of users instantaneously at a low cost.” This is relevant to, say, staffers in numerous political offices within the Beltway, seeking new ways to communicate with their boss’s constituency.

This is a point where developers meet content deliverers. As it is in D.C., Yon Heong Tung of Singapore notes that you can, “Flick a stone in any direction in Asia and you are bound to hit someone engrossed in his or her smartphone. With a wide variety of apps that one can download and utilise on his or her phone, the smartphone has become the de-facto platform for content consumption.” Are you listening, Washington?

“Therefore,” states Tung, “it is vital for developers and marketers to optimise their sites to fit into behaviour patterns of a smartphone user. This could mean re-learning UX principles and design layout; including the rewording of content to be digestible in a small screen format.”

It would seem that the best way to provide gainful employment for residents of The District is to have them honing their technical skills so they can leave their dependency on government paper-pushing jobs behind…just in case we really do turn into a paperless society.