Editor’s Note: This 1,088-word technical post about the applications of blockchain technology was written by Michael K., who holds a B.A. in astrophysics from the University of Colorado at Boulder and currently works as a freelance technical writer and web designer while studying data science and machine learning. Michael writes content for a number of blockchain-based startups and is excited about the technology and its potential to transform the information industry.

The internet has grown into a ubiquitous and powerful tool for distributing music to people across the world. Unfortunately for songwriters, performers, performance rights organizations (PROs), and the host of professionals involved in music publishing, the internet is not nearly as efficient at generating accurate information about illegal use of copyrighted music.

A promising type of information technology, which was first brought to significant public awareness by the famous “crypto-currency” bitcoin, has the potential to completely change this information disparity in the context of online music distribution.

This technology is a redesign of the way that the internet stores and serves information to users. It’s a data network and framework design known as the “blockchain,” and it represents a paradigm shift in the way that networks account for the distribution of information.

In order to understand the benefits of the blockchain model, one must first understand the basics of today’s standard information network. This is the standard system used by major websites and applications, including Facebook, Allmusic, Descog, major bank websites, government websites, and almost every other website available to internet users today. The only widely-known blockchain network currently in use is still bitcoin, and some competing crypto-currencies are gaining fame as well.

Most internet users are somewhat aware of the process that goes into making a website work.

When a user opens a browser and navigates to a web page, the browser takes the URL and sends it to a domain name service (DNS), that translates the URL into an IP address corresponding to the appropriate server. The request is then sent to the IP address and, if the site is running properly, will arrive at a server. The server receives the request for information, and in the majority of cases, responds by sending an HTML document along with a CSS back to the requesting browser.

That HTML document is interpreted by the browser and, with the instructions provided by the CSS, is converted into a nice-looking web page that displays information to the user.

Requests and responses are sent from users’ computers through a complex infrastructure of cables and data centers to the website host’s server room. Typically, all of a website’s data is stored within that same server room, called the database, data bank, or data center.

This is known as a centralized network, so-called because all of the network’s data is stored in one physical location. There is a fundamental flaw associated with this type of server system: it behaves as a “black box.” If the server receives a request for sensitive content (like a music file), and the request comes with the requisite authentication “handshake” (like a password), the server will respond by blindly sending the requested data to the incoming IP address.

This opens data centers to tampering and, more importantly for PROs, piracy and illegal distribution of copyrighted music. Although servers track incoming IP addresses, this information doesn’t represent a traceable unique ID. IP addresses can easily be made anonymous.

The Challenge for Copyrighted Music

Though centralized music databases are vulnerable to hacking and attacks, the bigger threat to licensed music is independent piracy. Piracy services can set up their own servers, building networks that copy and distribute music illegally. The network of data-moving cables that makes up the internet has no way of accounting for this type of activity.

This centralized query-and-serve system that makes up the internet is flawed in terms of accounting, and the blockchain is a new data distribution and serving system that has the potential to change everything.

The blockchain is a fundamentally different data storage and distribution design. Its first important application was with bitcoin, and it’s what makes cryptocurrency unique and valuable.

The idea with blockchain technology is to distribute data to a network of server-like “nodes,” which are located across the globe. In the case of bitcoin, these nodes store information about who has which bitcoin. Each bitcoin has a unique ID, and no person can steal a bitcoin because the information about ownership is distributed across a number of nodes. If a thief hopes to claim a bitcoin unit as her own, the blockchain will reject such a claim, as the network has no record of a transfer of ownership from the coin’s source to the thief. Only when a legitimate transaction is initiated by the giver of bitcoin does the blockchain document and record the transfer of ownership, copying the record to a number of nodes.

This is a powerful monetary accounting system, but it represents just one small application of this powerful technology.

The Blockchain Network for PROs

More generally, a blockchain network of nodes could deliver information in the same way that it transfers the cryptographic information associated with a bitcoin. As it does so, such a blockchain can provide an indelible record of every instance of music sharing.

Not only could PROs gain a much more accurate record of music proliferation activity, but in a joint project between ASCAP, SACEM, and PRS for Music, developers are hoping to “speed up licensing, reduce errors and reduce costs” associated with the complicated process of royalty matching.

Along the way, such technology could act as a model for other copyright and intellectual property industries who are looking for ways to improve the royalty tracking and distribution process.

Robert Ashcroft of PRS for Music, while commenting about the joint PRO blockchain project, elaborates:

Blockchain and distributed ledger technologies are opening up a world of new opportunities for all industries to address long-standing challenges. The digital market requires real-time reporting on behalf of multiple stakeholders across the world. If blockchain can help us achieve this, it will unlock opportunities for developers of new digital applications, increase accuracy of royalty payments and release value for rightsholders.

This exciting new technology promises accountability for all internet users and a new way to defend the rights of artists worldwide.

Though it is exciting, it’s important to note that the technology still appears far from ubiquity. There are a few companies working to build blockchain networks for general information distribution, but all of these projects will take years to reach completion and widespread adoption.

The internet has proven itself a threat to artists’ rights, but it looks like the technology has finally come full circle and offered hope to intellectual property owners in every sector. Keep an eye out for advances in blockchain and distributed ledger technology, as it will be a game-changer. 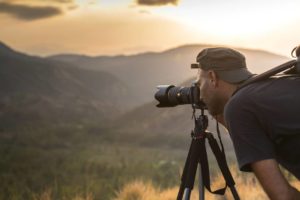 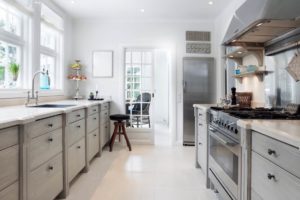 Interior Decoration Sample Post: Quick and Easy Ideas to Give Your Rental The Wow Factor