This 1,521-word article concerning the top marketing and advertising campaigns of 2018 focuses on SMBs that intend to customize, digitalize, and prioritize marketing capabilities in the coming year. By offering what are considered to be excellent examples of outstanding marketing successes, small business owners can better understand the processes and trends that will expand their companies and increase their revenue.

Before we dive into the piece, here’s a quick teaser video we created for this post using our new Engagement Video service:

The State of Current Marketing Operations

Currently, 89 percent of our population is online, 87 percent of Western Europe follows, and the global average is at 51 percent. The fact is that everything is becoming digitalized. In the same way and for the same reason that mega-institutes like AT&T have to keep up with trends in advertising, mom and pop stores must face the challenges and opportunities that come with digital marketing, as well. The world of marketing today has grown from television and print ads to technological trends that include the use of:

Social Media – For more than five years, marketing experts have concluded that social media makes up a critical part of their strategies. To prove how important social media is to marketing, note that 3.4 billion people are active social media participants.

Chatbots – Combining text, voice and messaging, chatbots converse directly with customers. The success of this technology is due to the need for quick and accurate information. Chat features also collect data about consumers so that interaction with customers improves.

Voice Search – Today’s hurried world is depending more and more on voice search and voice commands. Voice assistance is expected to grow by 128.9 percent during 2018.

Blockchain and AI Technologies – Blockchain/AI actions can track whether consumers who click on a business’ ads are real and can trace the location of their ads.

Influencer Marketing – Business owners who can find a real person, especially a well-known individual, to share what they like about their brand, can experience a huge difference in sales.

Content marketing is a strategic marketing approach focused on creating and distributing valuable, relevant, and consistent content to attract and retain a clearly defined audience — and, ultimately, to drive profitable customer action. 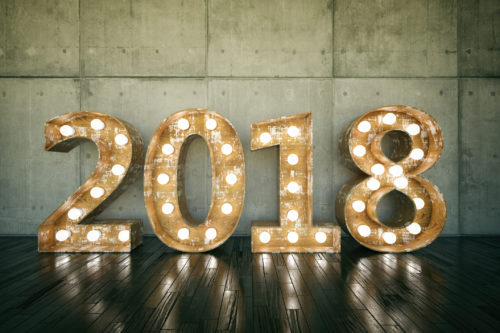 Measuring a marketing campaign’s success is sometimes a matter of personal taste; the amount of revenue received because of the advertisement; its creativity factor, or the look of the marketing package. But, across the board, the ads that follow were favorites of a majority of consumers.

The Lenovo YOGA 3 Pro and the YOGA Tablet Pro were introduced to the public via several trendsetting millennial influencers, like blogger Kileen (Cute and Little). The stories shared by this group of creatives resulted in a compilation placed into a Trend Hub that also included entries for a Lenovo product giveaway. The ad trended at no. 8 on Twitter, received 51 million social impressions, and garnered 61 thousand giveaway entries.

This campaign made use of influencer marketing, social media, and exceptional content. Most notable was the creative edge used to draw consumers in through the use of a giveaway, smart influencers, and content that was magnetic.

This year IHOP, arguably one of the most recognized names in the food industry, announced it was changing its name to IHOb, yes, lower case “b.” Because it was introducing a line of burgers, the company said the name change was necessary. Disagreement with this move by IHOP brought the food chain 948,750 conversions. The simple trick also quadrupled its sales.

The changing of the chain’s name, of course, was not going to occur, but customers made it clear on social media, that such a ridiculously horrible change would not take place on their watch.

This accounting, tax preparation, and financial software company aired a commercial seen during the  2017 Super Bowl to bring all its brands together into one big package. The idea was to convince customers that Intuit products are made to use as a consolidated group. Through the use of animation, the commercial featured a Snapchat filter starring the animated Intuit Giant who starred in the video. The campaign continued into 2018, along with added digital channels and executions.

The target audience for the ad came clear in this quote from the chief marketer of Intuit:

There are 750 million people who work for themselves around the world who juggle managing their finances while pursuing their passions. With today’s economy, and the pressures of managing time and money, sometimes it can seem like the odds are stacked against them. But Intuit exists to work for them.

Online conversations and communities that create inherent value to users are few and far between. But American Express rose to the occasion and created its Open Forum website for small businesses. This collaborative site invites authors from various sectors of the business world to share knowledge and wisdom. The forum is a content-rich mecca, and the expenditure for American Express was nothing.

This mega-company is not creating its content; it’s finding industry leaders who will contribute expert articles on their forum site. Small businesses can draw on user-generated sources in the same way American Express has. Financial investment is low or nonexistent, while a business’s online presence grows.

This year, Arby’s switched from serving Pepsi products to Coke. In doing so, it broke two Guinness World records. One of these record-breakers was the world’s most prominent signs, located in Nebraska farmland and covering 212,000 square feet. The sign read, “Arby’s now has Coke.”

The other was the smallest sign in the world carved onto a sesame seed from an Arby’s bun. The wording was the same for this tiny sign. The move toward discarding Pepsi products was not globally approved, but the company hoped the two signs would “win the remaining naysayers over.” CMO Jim Taylor said the company was merely trying to communicate a simple message in a one-of-a-kind manner.

Breaking two Guinness records at one time is interesting enough to get Arby’s name in front of a multitude of consumers. The change to Coke products is also of great interest to fast-food fans. This campaign was a shoo-in head-turner.

This professional networking brand created a social media campaign focusing on its capabilities. The tagline was “What are you in it for?” Using the answers to that question they received from members, the company created a video ad campaign that featured professionals in myriad fields of endeavor. The main takeaway was that individuals could find their community on LinkedIn.

Incorporating User Generated Content (USG) can foster loyalty to your brand and create authenticity by allowing customers to brag about your business, instead of doing so yourself. LinkedIn wanted to establish that members are “in it together.”

“Oddly IKEA” was the name of the store’s highly-visited back-to-school college dorm series. The campaign was made up of a series of 25-minute autonomous sensory meridian response (ASMR) videos. ASMR, when added to a video, results in deeply relaxing, sometimes mesmerizing reactions from the audience. Additional videos of shorter lengths existed, as well.

In the videos, IKEA’s products were on display, but viewers also found themselves chilling out and feeling soothed. The idea was to foster that tingly sensation for consumers that is sometimes triggered by soft whispering or ambient sounds. The campaign, created to highlight college dorm decor, also gave viewers a few minutes of Danish hygge.

KFC wanted to get the news out about their new fried chicken and Belgian Liege-style waffles offering. The company did so with a little Dirty Dancing. The commercial makes fun of the iconic dance scene in the Dirty Dancing film starring Patrick Swayze and Jennifer Grey. Colonel Sanders raises a life-size bottle of Mrs. Butterworth’s syrup over his head with arms extended.

Websites and ad agencies favorited this marketing campaign in large part because of its creativity. Humor grabs consumers’ attention. Digitalization provides numerous avenues for slipping a bit of laughter into a marketing idea. This type of ad not only becomes part of pop culture, and is a result of pop culture, but also results in multitudinous word-of-mouth interactions and recommendations.

This hashtag ad campaign was a joint effort. The Mountain Dew Ice Corporation and the Doritos Company battled it out in face-to-face lip synch war between Morgan Freeman and Peter Dinklage. Both companies were setting up what they hoped would be a viral avalanche. The ad did not make it all the way to viral stardom but did get people talking, which is always a plus.

The Mountain Dew and Doritos ad is a fantastic example of the many ways digital advertising can get people talking about your SMB. The choices of how to make this happen are limitless.

Because digital advertising is accessible, affordable, and powerful, you can test the waters by using digital assistants and marketing apps. Or you can find a marketing agency that will work with you to find a budget you can manage and a plan that fits your exact needs and goals.