An important step in fine-tuning proofreading skills is recognizing and correcting grammatical errors that inhibit clarity and comprehension. Comma rules can certainly trip up even the most experienced writer, because they’re notoriously vague and subjective. It helps to start with some basics. There are two common comma errors that are easy to make, but even easier to fix. 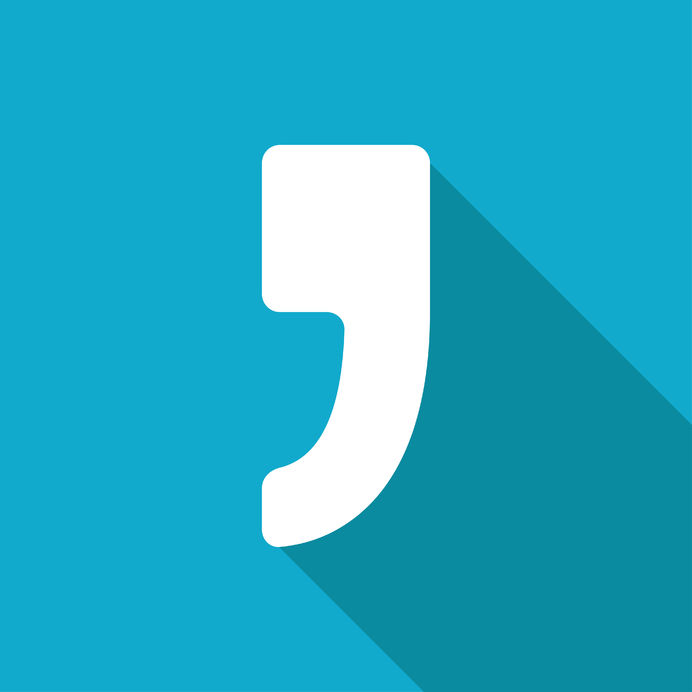 In a comma splice, the writer has often correctly placed the comma, but left out a crucial word. That crucial missing word is the conjunction after the comma. A comma can’t be used to connect two independent clauses (phrases that could stand alone as complete sentences) without showing how those two clauses are related. A conjunction is necessary, or the clauses need to be two separate sentences. For example:

“Salad is a great idea for lunch, it’s really healthy.” (Missing: “because.”)

That old kids’ program School House Rock® uses the analogy of train box cars to illustrate the concept of how conjunctions connect phrases and clauses. The conjunctions (“and,” “but,” “or,” “so,” etc.) are individual train cars hooked in between train cars that represent phrases and clauses. The entire train is the complete sentence. The catchy tune with a visual allegory helps us remember the concept that the clauses that make up a sentence have to be connected in some way in order for the sentence to work.

The Missing Comma After an Introductory Phrase

Often overlooked, the comma after the introductory phrase is crucial for clarity. Take this sentence, for example:

“If he wants to win Steve has to train hard.”

“If he wants to win, Steve has to train hard.”

An introductory phrase “sets the stage” for the sentence, but can’t stand alone as a complete sentence on its own. That’s because it’s a dependent clause: it depends on what comes after it to have meaning.

A useful strategy for avoiding comma mistakes is to keep handy a list of words that usually precipitate the need for a comma. While writing and proofing a document, keeping a list of dependent clause markers, such as “because,” “since,” “when,” “if,” “whether,” “until,” “once,” “through,” “although,” ‘”unless,” “while,” “after,” “before,” and “in order to.”

The humble comma is probably the most important, but also the most often misused, punctuation mark. Starting with these two basic rules will head off many common errors, however, and add clarity and cohesiveness to your writing.