Publishers Samples — The Wednesday Phenomenon: Who is Jenna Ortega

Every year, Netflix releases hundreds of new content titles. In fact, in the last quarter of 2021, it came up with 129 originals. Obviously, it’s impossible for all of them to hit the mark. But Wednesday has made a huge splash after its November 23, 2022 release.

If you go down the street and ask people about Wednesday, you won’t hear about the day of the week. Millions of people ages 9 to 99 know who Wednesday Addams is and can’t wait to see her in the second season.

Meanwhile, if you ask them who Jenna Ortega is, they may draw a blank. While virtually everyone knows what she looks like, not too many people know about this talented actress, her biography, her acting experience, and her plans for the future.

Let’s fix the problem and learn everything we can about Ms. Ortega and her overwhelming popularity.

Wednesday Is Making and Breaking Records

Directed by Tim Burton, this Addams Family spin-off managed to become the second most-watched English-language series on Netflix. It even beat the 4th season of the all-popular Stranger Things.

Even Lady Gaga managed to recreate the crazy dance from the show and get millions of views on TikTok and YouTube.

While Tim Burton is definitely the mastermind behind this record-breaking series, it would never become a phenomenon without Jenna Ortega who masterfully portrays Wednesday Addams.

How Old Is Jenna Ortega?

Jenna’s character, the titular Wednesday Addams, is 15 (later turns 16) in the series. Meanwhile, the actress recently turned 20. Born in California, on September 27, 2002, Jenna has Mexican and Puerto Rican ancestry. That’s where her beautiful looks and celebrity-worthy last name come from. Yes, that’s her real name.

Ortega grew up with five siblings. When she turned six, she knew exactly what she wanted. Her goal was to become famous, and she achieved it with flying colors with the support of her family. Over the past 10 years, Ortega has been landing excellent and deep roles in movies, shows, and TV series.

The young actress has an impressive number of awards and nominations. The latest nomination is for Golden Globe’s Best Television Actress – Musical/Comedy Series Award for her role as Wednesday.

How Rich is Jenna Ortega?

The overwhelming popularity must have brought the lead actress a fortune, right? Of course, she didn’t play Wednesday Addams for pennies. The real figure is still a secret. Is it millions? Not likely.

Since Jenna Ortega isn’t a show business newbie, she is likely to be making a significant amount. However, since she signed a contract before it became obvious that the show was a huge hit, the numbers may have been between $20,000 and $60,000 per episode.

Now that the show’s popularity has gone through the roof, the actress is expected to make millions. For example, next season, the main Stranger Things actors plan to make between $6 million and $9 million.

Today, Jenna’s net worth is $3 million. This is bound to change when she monetizes her 2nd season Wednesday contract. In fact, Netflix already announced the second season of its hit series. You can even watch the trailer.

Jenna is hardly a new face on TV, social media, and movie screens. Ortega landed her first TV role back in 2012 in an episode of Rob. Back then, she was just 10 years old. Her first important role in TV series came in 2015 when she became Darcy (the main character’s best friend) in Netflix’s Richie Rich.

In 2016, Ortega got one of her best roles in Disney Channel’s sitcom TV Series Stuck in the Middle. She did an excellent job portraying the middle child in a family with seven kids. After all, it kind of mimicked her real-life experience.

On the movie screen, Ortega conquered the audience as Tara Carpenter in Scream (2021). She even won an MTV Movie & TV Award for the Most Frightening Performance.

Is Jenna Ortega Dating Someone?

Jenna acted extremely naturally in Wednesday’s love triangle. But what’s up with her real love life? Being a celebrity for over a decade comes with many nuances, including hard-to-keep secrets.

Meanwhile, over the past years, even the most experienced paparazzi didn’t manage to find out who Ortega was dating. Is it possible that she never dated anyone?

Ortega is either a big professional at hiding her private life, or she’s not dating anyone right now either. That’s probably because the girl is extremely busy with work. She just finished filming the first season of Wednesday and already plans to work on the second one.

In 2022, this busy actress worked on four different movies. In 2023, fans expect to see her in Scream IV.

Overall, Jenna’s personal life remains hidden from the public eye. However, her immense popularity after Wednesday’s release makes it extremely hard to remain hidden. Most likely, you’ll hear about her dating schedule in the nearest future.

Jenna Ortega is No Longer Vegan

Many Ortega fans worry about her dietary choices. After all, she has been vegan for quite some time. Everything changed when this talented actress landed the role of Wednesday Addams. Why? Because she had to go to Romania to film the series.

The food options in Romania were so different from what Jenna preferred in the past that she had to make some changes to keep up.

While she stopped being vegan, Jenna keeps the meat out of her diet. The actress calls herself a pescatarian (a vegan who eats seafood).

What’s Next for Jenna Ortega?

Jenna is a hard-working actress who manages to juggle several projects simultaneously. Sometimes she regrets missing such ordinary things as prom or high school dances (ha-ha, she made up for that, didn’t she?).

However, this doesn’t keep the young woman from pursuing a successful acting career, winning awards, and bringing new exciting projects to life. 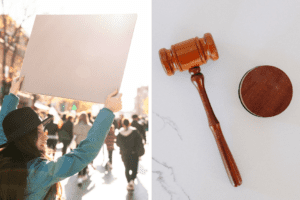 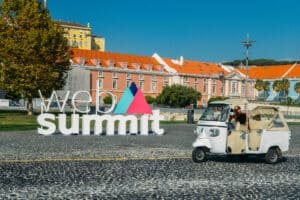 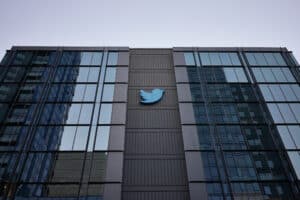 Publishers – What’s Going on With Elon Musk at Twitter?