I’m thrilled to have just passed my one year mark with this great company. One of my favorite expressions is that ‘time flies when it’s not you.’ We’ve had an amazing, busy, and exciting year, and our time has been filled with hard work and dedication. With the new year approaching, I’ve been reflecting on the last year, and the phases that I have gone through since stepping into my role as CEO of BlogMutt.

Learning about any new company follows a lot of the same trends as moving to a new country. New adventures start with excitement about pretty much everything. New languages, new activities, new cultural cues. As you immerse yourself further into the culture, however, you start to acclimate to your new surroundings. Looking back on my first year at BlogMutt and how much has changed for me in the past 12 months, I’m reminded of the time that I spent living and working in Chile and Brazil during the 1990s.

Like starting most new roles, the year in retrospect looks a lot more clearly like it broke down into a few distinct phases. Initially, you’re in a honeymoon phase, where you’re enchanted by your new surroundings but also overwhelmed by new places and experiences. Eventually, you’ll transition into a middle stage, where you’re missing your home and your old way of doing things. After a year, however, you’ll have entered into the final phase, where your new surroundings feel like home.

I’m thrilled that BlogMutt has become my new home. And, my experiences living and working abroad have made me adaptable to new environments and cultures. Whether you’re considering foreign travel or thinking of switching up your professional role, I think that the perspective that comes from being in a new place is invaluable.

In honor of my one-year anniversary, let’s take a look at how my journey in the past year at BlogMutt feels like moving to South America for the first time.

New adventures start with excitement about pretty much everything. New languages, new tourist destinations, new food, music, culture. When I moved to Chile it was 1993 and the country had been mostly closed off to the outside world for 20 years.

Much of the culture was like going through a time warp to the early 70’s. And much wasn’t, at the same time.

Everything is new in a foreign country. And everything requires your mind to be engaged. Even buying bread at the local store or getting a haircut forces you to think more than most normal days in your home culture and language.

Here are some other things that I found really cool at first.

Riding the Santiago bus system is a combat sport. This adventure is created by three distinct features.

1. Pure capitalism. Bus drivers get paid for every passenger they pick up. As an incentive system, the greater good is not well represented with this system. Buses swerve across traffic at any time to pick up any passenger that raises a finger. Or even if they look like they might raise their finger.

2. No route names. Santiago buses didn’t have a name for the route they followed. Or a number to represent that route. Instead, they listed each and every street where they’d turn. Meaning you needed to know the city very well to take the bus. And that you had to quickly stare at the list of streets while the bus barreled towards you and make a decision. If you wave the bus over and then wave it away, there is a powerful local crusty that the entire bus full of people will send your way.

The very first bus I rode in Santiago crashed. There were no police or lawyers. Everyone checked for injury, then filed off the bus and waved down the next bus. 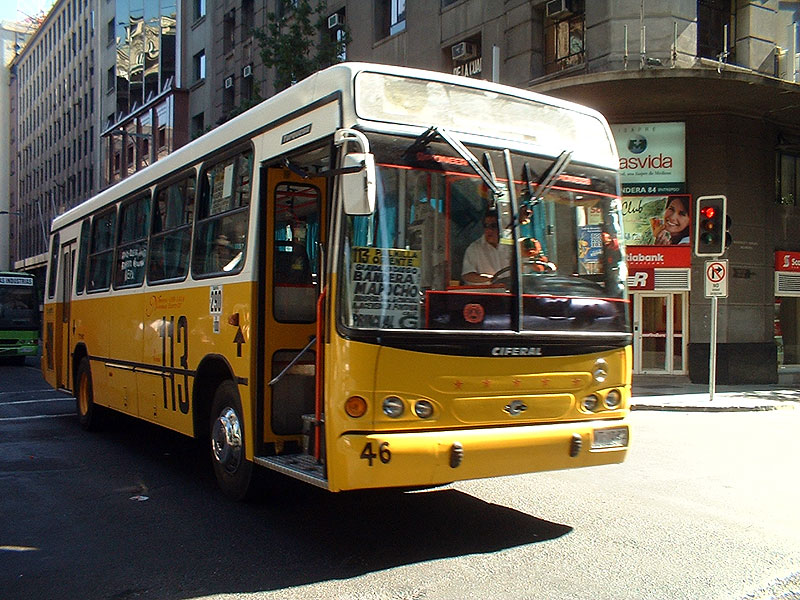 During the honeymoon phase, all food is exciting. Amazing fruits. Chirimoya flavored everything. New dishes like Porotos con Tallarines. Fresh seafood at the central market. Amazing wine for even less than Two Buck Chuck at Trader Joe’s. And street foods like empanadas, and even the Completo (aka standard hot dog with ridiculous amount of sauces on top). 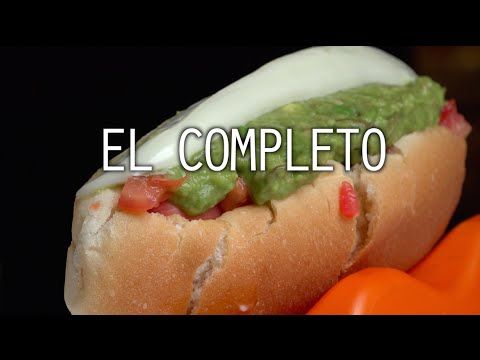 Chileans said the coolest and most interesting things. It can be quite isolating being surrounded on one side by the Andes, another by the Atacama Desert, another by the Pacific Ocean, and the other by the Straits of Magellan. This led to Chilean Spanish emulating the language version of the unique evolution of animals on the Galapagos.

Chileans often ended words with “po” just for fun. And adapted English words like ‘to catch’ for the bizarre way they said hello—“catchai weon?”. It was tough to get the hang of, but the slang was really fun and it had such a sing-song feel to the language that I just loved it. 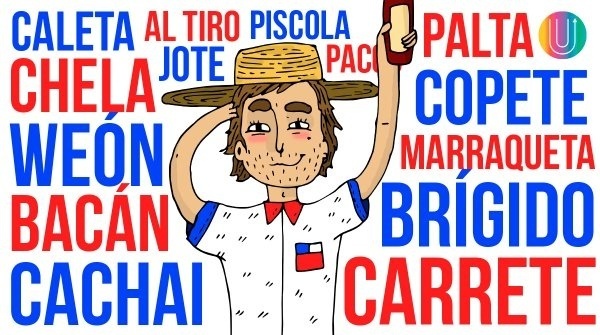 After more than two decades of horrible civil strife and repressive dictatorship, there was much to protest about. Every week seemed to offer another reason for my university (La Universidad de Chile) to raise their voice. There was a fixed structure to our protests.

Step 1. Padlock the front of the university. Classes are now closed, so we might as well protest.

Step 2. Light tires on fire in the middle of the busy avenue in front of the school.

Step 3. Wait for police to show up and put on bandanas.

Step 4. Get tear-gassed and run.

The first couple months of school, this was quite fun.

Side note: Tear gas bomb was one of my first vocabulary words in Chile. Bomba lacrimógenas. 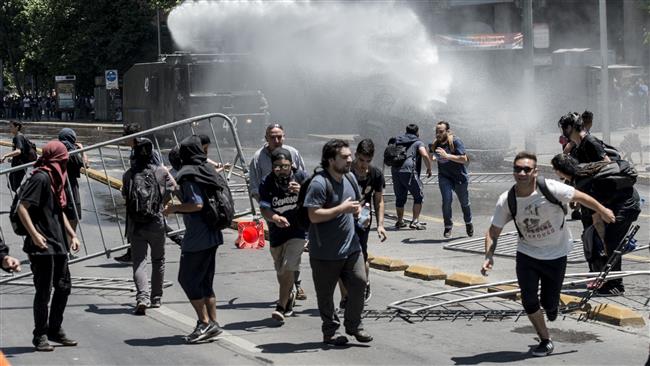 I loved the magical system of crowdsourcing great writers and matching them with great clients. Managing 70,000 pieces of content for 1,400 businesses with only a staff of 12 seemed like magic indeed, and I couldn’t get enough of it. I also love the diversity of topics that we get to cover and the view into just how rich and broad the economy really is.

But Phase I also involves the learning of new acronyms and systems. So much time is spent on just learning how to hook up your computer to the printer and where to find the writer forum that the productivity curve resembled the language learning headache curve.

The second phase of cultural transformation for me is the opposite reaction to the “this place is awesome” phase. This one involves memories of the other ways things worked in an alternate life than this one, and access to all the other great things I now missed.

Let’s use the previous four examples for reference here.

At this phase, I would really liked to have taken a bus that didn’t stop every ten feet for a new passenger—even if I could at least read the signs quickly enough to get on the buses with confidence now.

Learning a new language launches you into what I call the “Headache Continuum.” The first week I could speak for 10 minutes without a searing headache. Every week it felt like I gained another ten minutes of brain power. This means by the end of the honeymoon phase I could speak about three hours a day of Spanish while living in a Spanish- speaking country. In the first phase, that felt like enough. By this Phase II, I was ready to communicate what I wanted to say and when. And probably also to understand what other people said, too.

I went to see a Metallica concert in Santiago and after the show the police launched tear gas and chased us out of the stadium with German Shepherds. This got old.

In month four, the excitement over great street empanadas turned to incredulity that they came with pitted olives inside. Often leading to a cracked tooth, which I believe was a conspiracy between the government and the Dental Industrial Complex.

It was also at this point that Porotos con Tallarines showed its true colors as basically being just a mix of beans and spaghetti. Chileans use the word for spices as a derogatory word for poor people—los picantes—and this derisive attitude towards spices carried over to most culinary decisions. I missed Mexican food and would now travel weekly to the Taco Bell in the fancy mall once a week to get some spicier food. I don’t even like Taco Bell. 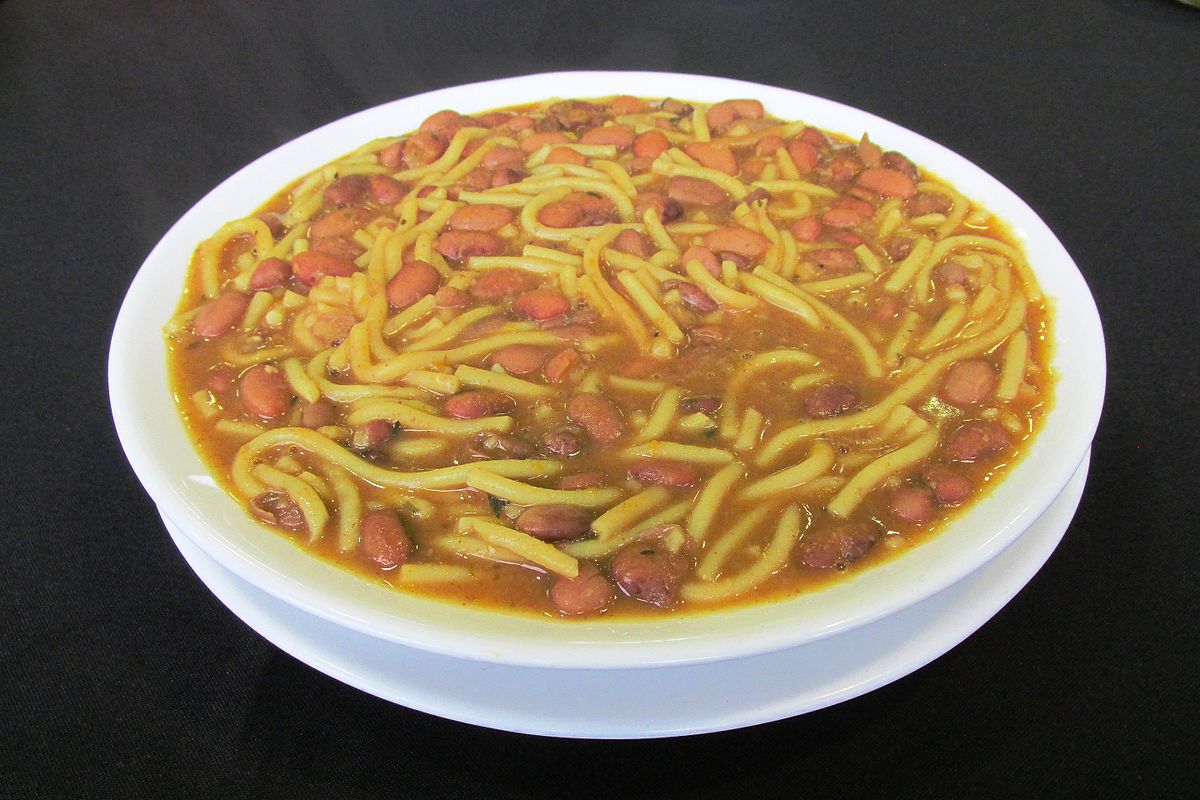 This second phase was definitely the time where I wished I had some of the goodies I used to have in previous larger companies. Like an industry-leading reporting system that told us everything we wanted to know about our business, or a head of HR. Plus good snacks.

Phase II is the most challenging because you finally feel like you’re getting to know the business, but it takes a while to start up all the initiatives you want to work on—so you see the problems without being able to impact them as well or as quickly as you’d like.

And finally there’s acceptance that this is your new home. It’s effortless to go from day to day. You appreciate the things you love. Work to change the parts you love less. And avoid the parts that you’ll never get into. I never got into Completos and that’s okay.

One of the few parts of philosophy that I still recall and think about is Hegel’s dialectic. This sounds fancy, but it basically states that all historical trends start with an original state—Thesis. Then a counter reaction occurs—Antithesis. And then a Synthesis occurs that brings these together, goes up and to the right, and propels history forward.

This feels like a pretty good summary of learning a new company culture as well, most recently as the CEO of BlogMutt.

I’m thrilled to be in the final phase of transition to my new company. This phase is all about enthusiasm and fully owning this culture as my own. I still love all the amazing things about the company from Phase I, and can now see even more clearly the potential for how much better, stronger, faster that we can build our service. It’s been a great anniversary. 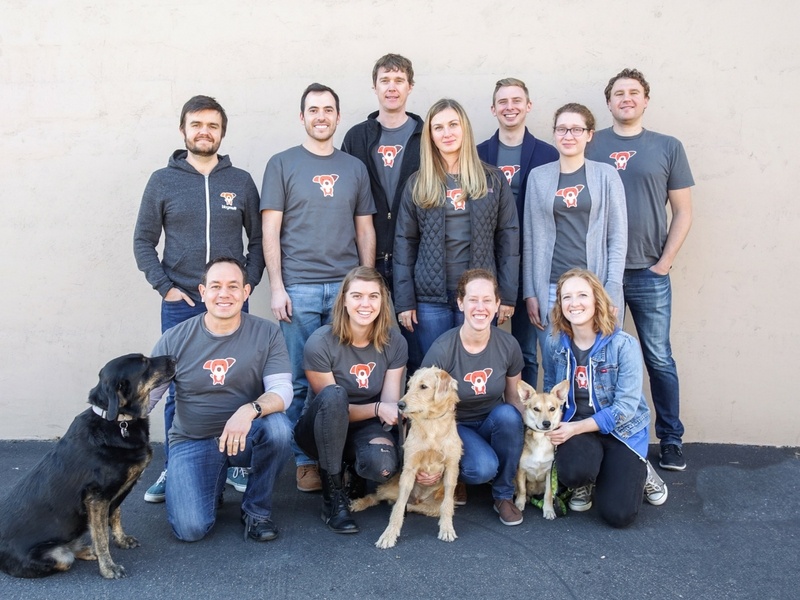 As CEO, Steve brings more than 20 years of startup, nonprofit, and Fortune 500 experience to not only running the business of Verblio, but also setting the culture, vision, and purpose of the team. Outside the office, Steve enjoys ultimate frisbee, telemark skiing, hosting jazz concerts, and spending time with his two boys.

Create Consistent Thought Leadership AND Run a Company Without Breaking the Space-Time Continuum: Part 2 of 3

You Bought a MarTech Company… So, Now What?

Create Consistent Thought Leadership AND Run a Company Without Breaking the Space-Time Continuum: Part 2 of 3

You Bought a MarTech Company… So, Now What?