Lesson from the Colorado Caucus Cluster: Productivity Tools Could Save Democracy

On Tuesday evening, I headed for a middle school a few minutes from my house here in Boulder to caucus for a Democratic political candidate. I was excited to see democracy in action, and interested in what the scene would be like because I’ve never lived in a caucus state before. My excitement quickly turned to frustration and then simmering anger, because the entire Colorado caucus was the most disorganized, poorly managed crazytrain I’ve ever been on. 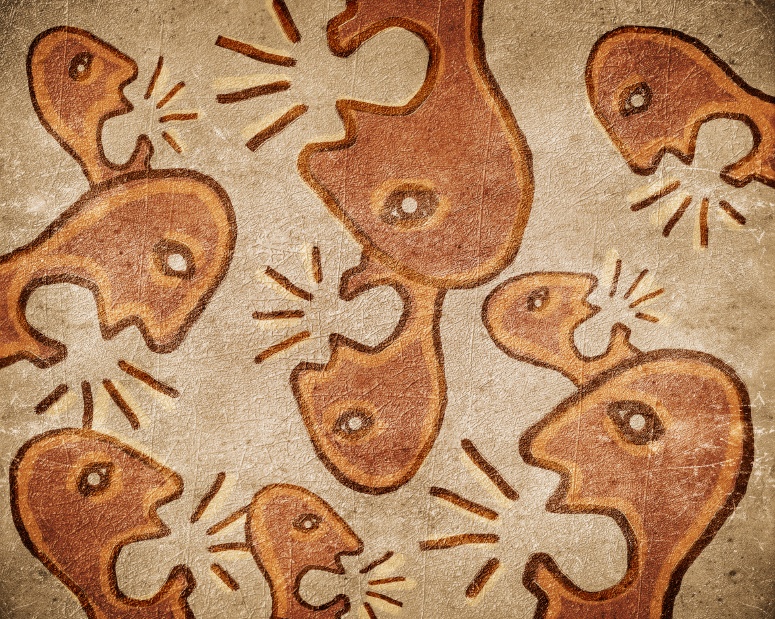 Essentially, the Boulder County Democratic Party thought it would just be swell to have 27 precincts meet in the same small middle school. I could barely park within a mile of the building, after following a line of cars slowly snaking along very narrow streets searching for an empty place to pull over for half an hour. I jogged from my car to get in line, and when I got there, I waited for a full hour and a half before getting into the building. Thousands of people had converged on this small middle school in a residential neighborhood, and clearly, no one had thought through how that might go down.

When I got to the door, an official told the crowd that some precincts had already voted, and the proceedings were essentially over. Hundreds of people still behind me in line were turned away, unable to exercise their democratic right to vote. I made it inside, registered, and got to the classroom where my precinct was meeting in time to cast my vote, but I was lucky.

The line from the party is that no one was expecting this kind of turnout, but I (and many others) find that claim to be pretty ridiculous.

What it comes down to is that the organizers of this event did not use any of the very convenient modern tools that could have prevented this mess.

Organization and Management Are Hard, but There Are Productivity Tools to Calm the Chaos

If I’m having a party, I’ll create a Facebook event and invite all my friends, who then RSVP if they can make it. That way, I know how much food and drink we’ll need, and how much extra space there will be for any last-minute additions to the guest list. Basically, the Democratic party threw a party…and didn’t bother to find out about how many people would show up. Maybe they’re not on Facebook, but they have the emails and home addresses of all the registered Democrats in the county. They couldn’t manage so much as an Evite?

The point here is that organizing things is hard, especially when there are multiple variables and people involved in the process. Whether it’s a political event, a marketing campaign, or a blog, things can get unwieldy and chaotic very quickly. But here’s the good news: there are SO MANY tools out there that can keep everything in check and on track: editorial calendars to keep everyone accountable; project management software like Basecamp, Slack, and Trello to keep everyone on the same page; and productivity tools to keep everyone focused.

There is almost no excuse anymore for the kind of poor management witnessed at the Colorado caucus, or for a haphazard and disorganized blogging effort. Use the tools available to you to smooth out the bumps and create predictability where once there was chaos. We don’t have to live in a world where everyone is scrambling and shoving to make things happen.

And if, like me, you think the whole system should be overhauled in favor of something much more manageable (read: a primary that happens over the course of an entire day instead of two hours and doesn’t exclude from voting those who have to work late or put kids to bed), you’ve got options.

The point isn’t to use tools to be cool. I get it that democracy is hard and messy, but it’s easy to see why young voters become apathetic when the process seems intent on creating chaos where some simple tools could help to bring order and help everyone feel that their voice is being heard. That didn’t happen, and the largest takeaway from the night was that heaps of fiery enthusiasm for the democratic process was snuffed out by the wet blanket of ossified organization.

Editor’s Note: I asked Grace to write this post because she came into the office so fired up about her experiences from the night before. I knew that passion could translate into great writing, and it did. And there’s always more lessons to be learned from failures than from successes, and the party operation on caucus night was clearly a failure with lots of lessons to learn. (I was also on the editorial calendar for today, and didn’t have my post done, so Grace saved my bacon.) Reading this over, I’m struck by how great this post is even though it really has nothing to do with a blog writing service. It’s just great writing and may be helpful or interesting for all of our audiences, and that’s all we can ask of a post. – Scott Yates