Drinking and driving is dangerous and illegal. The National Highway Transportation Safety Administration (NHTSA) reports that on a nationwide level, drunk driving has fallen over one-third in the last three decades. While this trend is promising, motorists that share the road are still at risk when some drivers make poor decisions.  In fact, more than 10,000 people die in the U.S. each year from alcohol-related traffic accidents, resulting in damages of more than $44 billion each year.

If you have sustained injuries because of a drunk driver, you might be entitled to compensation for the losses that are related to your injuries. We have extensive experience helping victims of all types of motor vehicle accidents, including those that involve drunk drivers, seek justice. With more than 85 years of combined experience, we can provide the skillful representation that your case needs and that your family deserves. While no amount of money will erase your suffering or injuries, our legal team can help you seek the compensation for your physical, financial, and emotional losses. Contact us for a free consultation to discuss the details of your case.

The skilled legal team at The Offices of Bob Loblaw have extensive experience negotiating, settling, and litigating personal injury cases, including those that involve drunk driving accidents. Over the past decade, we have recovered millions in damages for our clients. Examples of past cases include a $750,000 for a motorist who suffered a traumatic brain injury after a drunk driver struck his vehicle, a $450,000 settlement for a passenger who sustained multiple fractures after a drunk driving accident, and a 2.3 million dollar settlement for the surviving family members of a victim who lost her life after weeks of being on life support machines as a result of drunk driver accident.

These are past examples and don’t guarantee results in a particular case. Each case has distinctive circumstances that differentiates it from others, but the experienced drunk driving attorneys at The Offices of Bob Loblaw will aggressively pursue the best possible outcome for your individual situation.

Effects of Alcohol on Driving

Some drunk drivers think they are okay to drive after consuming a certain amount alcohol; they don’t necessarily realize their level of intoxication. Others know they are past the point of driving safely, and get behind the wheel anyway. Drivers on the road and victims of drunk driving accidents should be aware of the specific effects that different levels of intoxication have on a driver. The NHTSA reports these effects at multiple levels of blood alcohol concentration as measured by a breathalyzer:

Because the legal drinking age is 21 in the United States, most states have strict laws for those who drink and drive and under 21. In some states, those under 21 might be issued a citation if they have a .02 BAC. In other states, those under 21 don’t have to meet a .02 threshold; a trace amount of alcohol might result in a citation. Commercial drivers must also adhere to stricter laws, even when driving a personal vehicle. Those who hold a commercial drivers’ license (CDL) cannot legally drive any vehicle with a BAC of .04 or higher.

Although a drunk driver might have any kind of accident with their motor vehicle, including hitting a pedestrian or cyclist, crashing into private property and doing damage, some types of accidents are more common than others when colliding with another vehicle:d

Once a drunk driver’s blood alcohol content reaches the level where he—men are three times more likely than women to drink and drive—has difficulty staying in the proper lane, the driver is more likely to swerve into oncoming traffic. Additionally, if one has been drinking for some time or after a long day at work, they are also tired. Mixing alcohol and drowsiness often results in drunk drivers falling asleep at the wheel, also causing head-on collisions.

Those who are driving under the influence of alcohol might have a difficult time reading and processing traffic signals and signs. This might result in the driver going the wrong way down a one-way street, a divided highway, or mixing up entrance and exit ramps on the interstate.

The process of seeking compensation varies based on the state where an accident occurs. In tort liability states, the at-fault driver must pay damages after an accident. In no-fault states, each driver submits claims to their own insurance company to recover damages without regard to fault. In either case, filing a claim might suffice to cover damages when injuries are minor; however, insurance companies like to deny claims and generally do not offer full and fair compensation.

After a drunk driving accident, you need to hire an experienced lawyer to represent you whether or not you initiate a lawsuit. Your attorney will guide you through the process and advise you when or if an insurance claim needs to be escalated to a personal injury lawsuit. In the event that you bring suit to the drunk driver that caused your accident and the court rules in your favor, you might be awarded compensatory and punitive damages. Most states only award punitive damages in rare and extreme situations that include egregious acts of gross negligence or intentional harm. Seeking damages in a civil court for a drunk driving accident most often result in the court awarding compensatory damages.

Each state has slightly different laws concerning what types of damages a victim may recover in a personal injury suit, but here are some common damages that you might be able to recover:

Insurance companies and other parties to the defense are not eager to pay claims or damages, so they will use a variety of tactics to shift the blame away from the drunk driver. Most states apply some sort of comparative negligence rule to personal injury cases, which means that any verdicts for the claimant are reduced if they are partially responsible for their own injuries.  For example, if you sue for $500,000 and the court finds you were 20% at fault for the accident and your injuries, they will reduce the award to $400,000 in a state that adheres to pure comparative negligence, sometimes referred to as comparative fault.

A few states have strict contributory negligence which prohibits plaintiffs from collecting damages if they are even the slightest bit responsible for their own injuries. The vast majority of states apply a modified comparative negligence rule with a 50 or 51 percent threshold. In personal injury cases, including those that involve drunk driving accidents, if the plaintiff is 50 or 51 percent responsible for their injuries, state law bars them from recovering damages.

Laws about proving negligence give the defense motivation to prove that the victim contributed to the accident and their injuries, so they can avoid some or all liability. Some common defense strategies include:

An experienced personal injury attorney will advocate for you and fight against attacks and counterclaims by the defense to get the best possible outcome for your individual circumstances.

Victims of drunk driving accidents have limited time to take legal action to recover damages after sustaining injuries. Statutes of limitations vary among states, but the most common range is from two to four years from the date of injury. Some states have additional laws that allow victims to extend the statute of limitations in special circumstances. Your attorney will advise you on which exceptions might apply to your situation. In the event that you have lost a loved one in a drunk driving accident, you typically have two years in most states to bring a suit against the impaired driver that caused the accident. Regardless of your situation, don’t let the window close without taking action. If you were injured or lost a loved one, you deserve compensation for your losses. Confirm the statute of limitations in your state with an experienced drunk driving accident lawyer.

The experienced attorneys at The Offices of Bob Loblaw understand the difficult time that you and your family are going through if you have sustained injuries in a drunk driving accident. Although some accidents might result in minor injuries, drunk driving accidents sometimes result in severe and catastrophic injuries that take weeks, months, or even years for victims to recover, if they recover at all. In addition to guiding you through the legal process, we will investigate your accident, gather necessary documentation to support your case, enlist the help of our network of experts and specialists, and negotiate your settlement. When settlement is not an option, we are prepared to litigate your case so you can receive the full and fair compensation.

If you, your child, or another family member were injured or died because of a drunk driver, you deserve compensation for the losses related to your injury or the death of your loved one. Contact us today for a free consultation, so one of our skilled drunk driving accident lawyers can evaluate your case, determine your eligibility for compensation, and advise you on next steps for your situation. If you choose an attorney from The Offices of Bob Loblaw to represent you, we typically handle these cases on contingency and collect fees from any settlement or verdict that we secure for you. 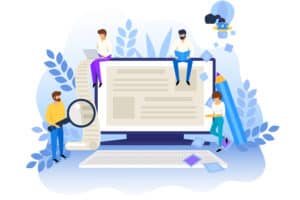