Is it me, or has Halloween gone off the rails?

Maybe it’s Halloween’s pagan ancestry laced with an alternative, irreverent edge that’s a cause. Maybe it’s just that we are overexposed to so many costumes via media at large and are looking for more “unique,” “creative” costume material. Maybe it’s proliferated by the seemingly shameless profiteering Halloween economy. Or maybe Halloween’s modern sensibilities are just dictated by different standards of decency.

It’s that time of year again. Brace yourself for the Left Sharks and Donald Trumps and their more scandalous, insensitive counterparts: pregnant nuns, Caitlyn Jenners, Baby Hitlers, and … lord, I hope nothing worse.

These days, it’s not as much about what the costume actually is, but rather, the reaction it elicits. An unhappy byproduct of this is half-baked costume ideas that should never have made it past the brainstorming phase.

Unfortunately, the blogging world is also teeming with half-baked concepts without much substance, hoping to elicit reaction from the reader, with varying degrees of success. Blogging can be a representation of you and your business just as much as a Halloween costume. When done well, it speaks volumes. And if done poorly, sloppily, or in bad taste … you can alienate potential customers, readership, and even acquaintances pretty darn quickly.

Without further ado, let’s get started. Here are all the worst offenders.

[Aspects are NSFW, so please read on with caution. Also, may be cringe-inducing. You have been warned.] 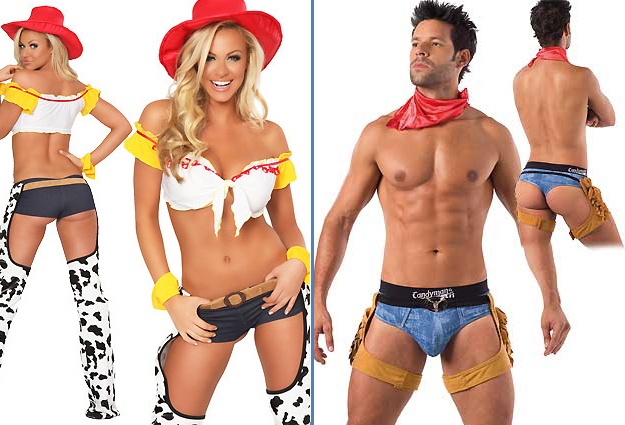 Your material doesn’t cover much. Literally.

It’s become a Halloween cliche. Women (and oftentimes men, too) dress in as little as possible. “Costume” becomes a loose term. (See below.) Looking “sexy” comes first, all other motivations go out the door.

Applied in the blog world, you can whip together a quick, shallow post or pick out a cutesy blog theme, post to it with no thought, and call it a day. The equivalent of mouse ears.

Yeah, you’re blogging, and that’s better than nothing. But at the end of it, you’re not covering the topic (ahem, skin) thoroughly enough to mean anything. You just went through the motions. Are any of us better for it? Others might argue that in not covering enough, you’re just leaving people wanting more.

Either way, this really isn’t a recipe for success, letting your blog readers down with valueless, skimpy content.

2. Shocking may get attention, but it alienates far more often. 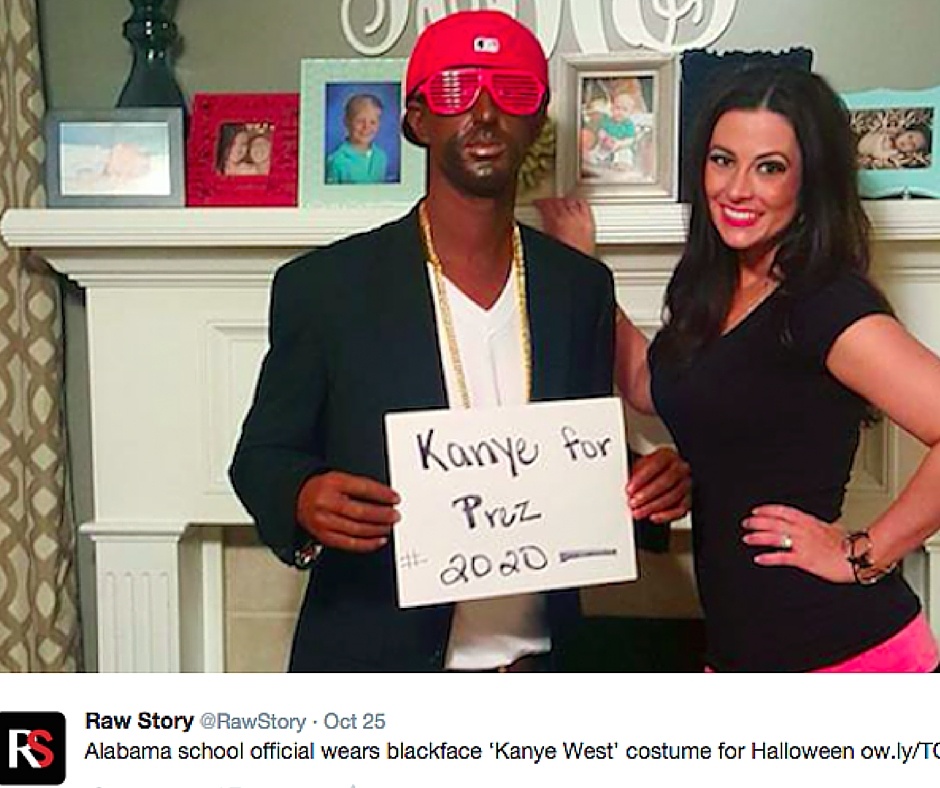 Blackface is the quintessential example, but similarly insensitive costumes in regards to race, gender, socio-economic status, sexual orientation, or religious/cultural beliefs are straight up not okay. Just ask these Native Americans trying on “Indian” costumes. 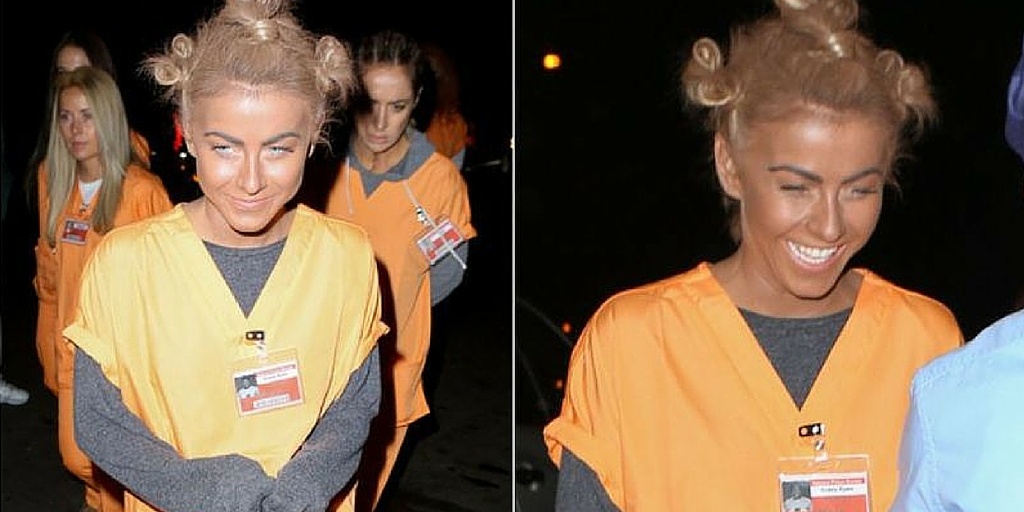 If you have to justify your blog’s stance (your decision to wear blackface) without letting the content stand on its own, it becomes less about what’s contained and more what the blog at large stands for and the dressings. Don’t let your blog become a caricature of what it could be.

Your blog should not be abrasive, exist solely for shock value, and most of all, alienate your reader. I can tell you right now that you won’t be successful if this is your method to attract attention.

People love these. Overt, blunt costumes with no other dimension beyond the obvious sexual innuendo. Why does your costume have to boil down to the most obvious metaphor ever? C’mon, guys. Gross.

No one ever died from a little dose of subtlety.

Similarly, a blog worth writing shouldn’t have to beat its audience over the head with its message or product to convey the message. If you post solely promotional content about your products with little other dimension to posts or variety of content, you’ll bore your reader really quickly.

Can we move on? I want to forget this costume exists. 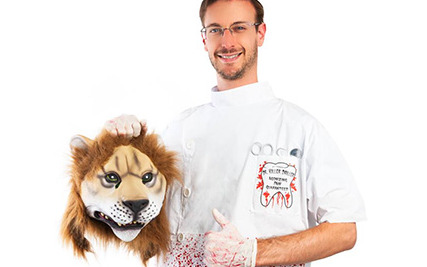 This can take a couple of different forms. There’s the hyper-topical costumes of Cecil the Lion’s killer, the “Call Me Caitlyns,” Bill Cosby, Jared from Subway, and Syrian refugees. (Yeah, apparently a Hungarian photographer coined the term “migrant chic” as the motif for a recent fashion shoot. Yep, ew.)

And then there’s the inevitable dressing as people who have so recently passed away, and in particularly tragic ways. No, don’t dress as Steve Irwin with a stingray. It’s always #toosoon for that.

If you’re going to be topical and newsy with your blog, you better be sure it’s going to resonate with your audience. Otherwise, it might come off insensitive, lazy, or at the very best, embarrassingly out of touch. 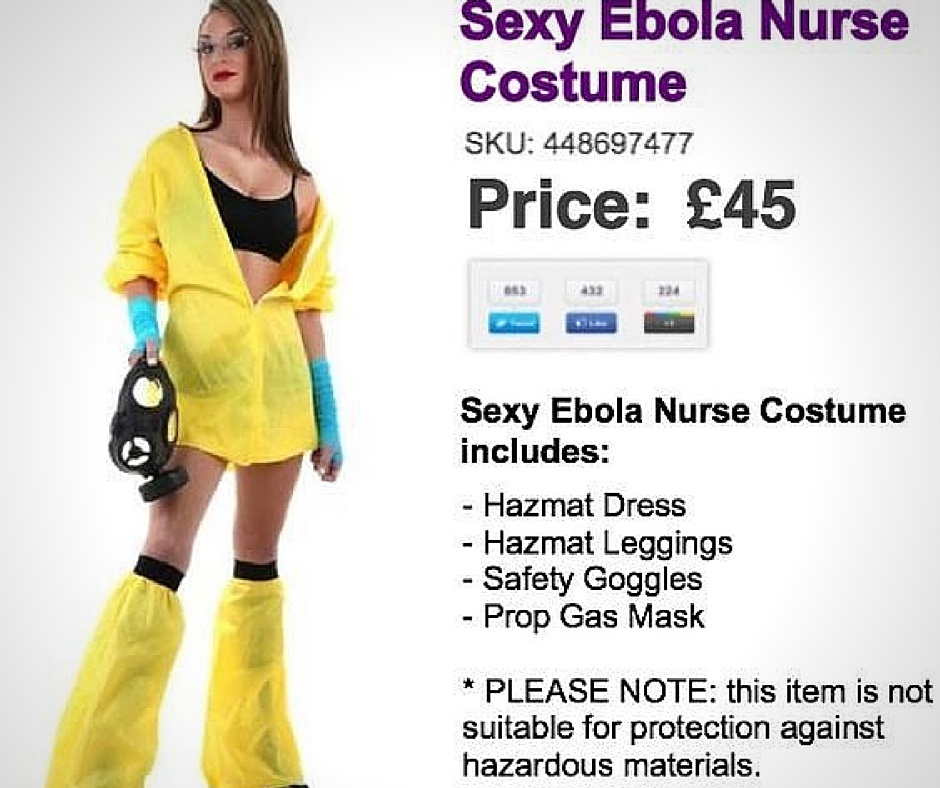 This refers to costumes that combine multiples of the factors above. Not only are you layering wrongs upon wrongs, but you’re also complicating the costume and concept. No one ever called for a sexy, topical costume on Ebola. No one.

Same goes for blogs. Be as clear, concise, and direct as possible. When you confuddle the reader with a scattered concept without a strong, unified foundation, you’re going to alienate them very quickly.

Stick with simplicity, people. It is the best recipe for success. And may be able to protect you from hazardous materials, unlike this costume. 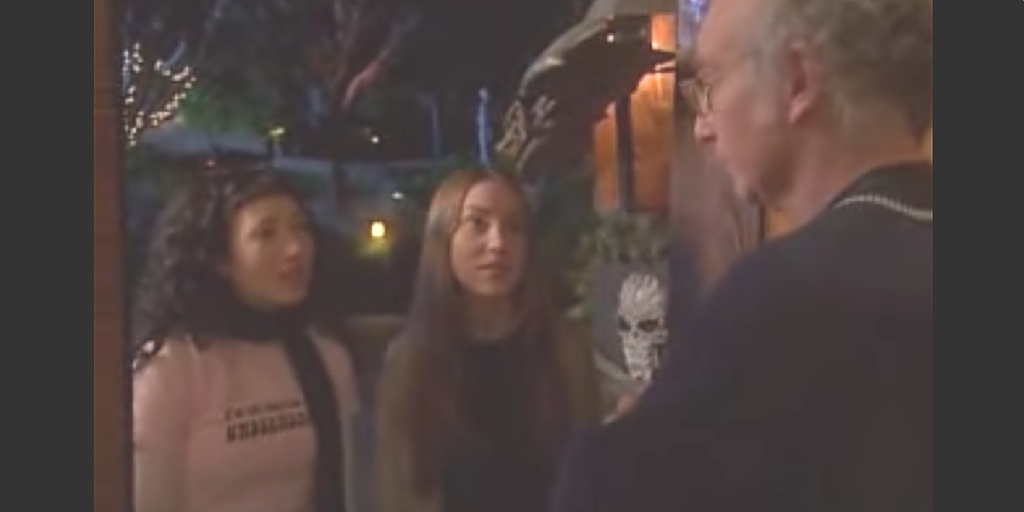 This one happens every year. These are the kids showing up to your front door to trick-or-treat with pillowcases, decked out in their normal, everyday garb, playing off they’re dressed as their siblings, parents, teachers… looking for a candy handout.

The heart isn’t in it. Arguably, there’s no point in fleshing out a blog like this that just falls flat (or worse…doesn’t exist!). Without a dynamic content strategy, a blog is just … half-assed, sad, and a little pathetic. 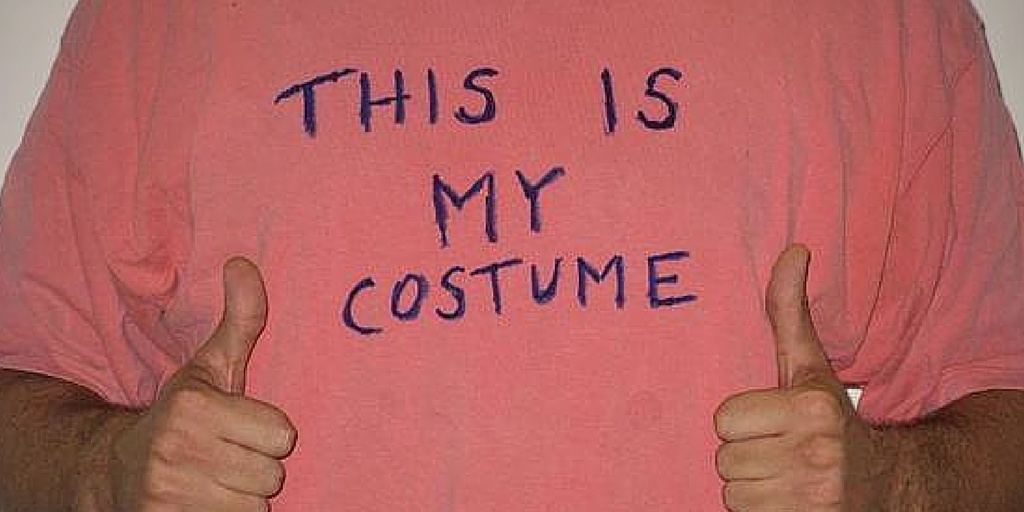