Why A Content Writing Service Is Good For Anonymous Writers

There’s some stigma in the writing world when it comes to content writing, or “ghost” writing. This is partly due to the idea of a content writing service as a kind of dog-eat-dog world where writers compete for limited assignments with extremely low pay. These services do exist, and they are usually exploitative of writers, but many people believe that simply not having your byline on a piece is bad for you as a writer. I’m here to talk about why the exact opposite is the case. 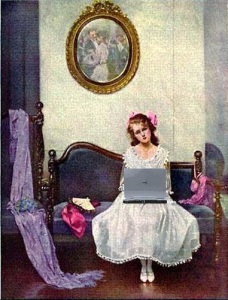 Here’s the deal: there’s no such thing as a consciously unbiased judgement. If someone has a certain piece of information — like your name — it will influence how they perceive your work. This influence is, shall we say, not always a good thing.

For example, one 1999 study showed that there may be a bias towards men when reading resumes for job applicants. A larger study showed a 50% difference in call-backs between randomized job applications with either white- or black-sounding names. If someone whose job it is to read resumes and job applications can’t avoid bias, you can bet that the average reader won’t avoid it either.

This bias affects some industries more than others. I specialize in technology and video games: not exactly friendly homes for female writers, who often receive violent threats for publishing opinion pieces. I’m certainly not afraid to put myself out there, but I am also keenly aware that having a female name on my byline affects how the content is perceived. This is for better or for worse, but usually for worse.

So I love the fact that a content writing service like BlogMutt lets me write anonymously. I know that every time I sell a post (or, y’know, don’t), it has nothing to do with me: not my name, not my age, and not my gender. Just the merits of the post and my writing voice. This is an astonishingly liberating feeling.

Bylines definitely have a place in the writing world. They allow you to take ownership of a piece, to connect with people who resonate with your work, and to build your online presence as a writer. But not having a byline doesn’t mean you’re being taken advantage of. Rather, it means your writing can be judged based on its quality, without your name getting in the way.

Editor’s Note: This blog is an example of the kind of writing you can get for your blog. The only thing that’s different is that it has the name of the writer. For your blog, you can say you wrote it. That’s fine with us. We’re happy mutts. Click here for more explanation of this series of posts.