Copywriters wrestle with the difficulties of English

All copywriters know that the English language can be a hard master. Spelling and pronunciation are, to say the least, inconsistent and maddeningly illogical. There are so many levels and varieties of vocabulary and jargon that often a formal education is required. Then there are the pitfalls of usage that can trip up even the more experienced writers.

The nightmare of English pronunciation and spelling

No other language can claim to be so abusive of the simple rules of phonetics. (Even the word phonetics even violates its own definition: having a direct correspondence between symbols and sounds.) In fact, by what set of logic does English come up with half-staff-laugh-graph? What about ocean-motion? And don’t forget laughter, daughter, and draught.

The good news is…

English nouns and adjectives are consistent

English grammar, on the other hand, is actually rather simple compared to most other major languages. Grammatically speaking, our nouns and adjectives are gender free. Contrast that to German, for example, where every noun is masculine, feminine, or neuter — though the gender of many nouns seems to defy logic. Also in German, noun endings change, depending on their grammatical position in a sentence. German also employs a variety of plural noun ending rules, further complicating things.

In English we mostly have main verbs and their helpers, or auxiliary verb forms. While English has over 200 irregular verbs we must learn, English users are not encumbered by mastering complicated verb conjugations: We just learn the irregular verb form (i.e., go, went, gone, going), add simple endings for person and number (e.g., he goes) and follow the simple and mostly consistent rules of tense (e.g., he goes, he went, he will go). 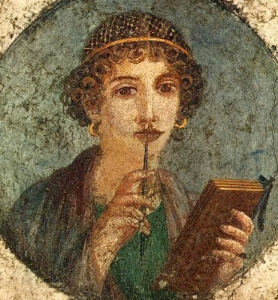 Its grammatical and syntactical friendliness notwithstanding, English presents a whole new world of usage challenges. For example, do you lay down to sleep? Were you lead astray? Can you use a reflexive pronoun (e.g., myself) as the subject of a sentence? The answers to all the previous questions are no. You lie down to sleep and you were led astray. Also it is incorrect to write, “John and myself were surprised.” (Use the pronoun I instead of the reflexive myself.)

So, despite the good news, English writers of whatever ilk face myriad difficulties of spelling and intricacies of usage rules. Couple that with having to write to the level (or technical preferences) of the audience, and English brings a double whammy challenge that defies the word processor’s spell checkers and can subject even the best material to embarrassing ridicule.

Looking for copywriters, blog specialists or writers with online business savvy who know the difference between lie, lay, bear, bare and know that blah is really a word? Contact us. Our monthly price is cheap, and our writers will send you copy that will make you cheep with delight.

Editor’s note: With 3,000 writers, we in the BlogMutt community spend a lot of time thinking about words. The BlogMutt writer who wrote this decided to spend one post paying attention to language just for fun and then found a way to tie it in to BlogMutt. Nice work! If you like posts to be a bit fun, you can always get those. One of the choices when you sign up is to indicate if you like posts more “corporate” or more “light hearted.” Either way is fine, our writers will be sure you are taken care of. (For more on this series of posts, click here.) — Scott