Episode 65 of Yes, and Marketing

There’s a big reason that David Meerman Scott is the most influential marketing author of our time – he’s got his finger on the pulse of so many key shifts in the marketing universe before most of us even realize the game is changing at all. His seminal work, The New Rules of Marketing & PR, called out the end of the oppression of the advertising age and the rise of every company becoming its own publisher. It’s now in its 7th edition and has been translated into 29 languages.

In this episode, David and Steve cover:

Listen to the full conversation above or read on for our highlights from the show.

💥 What he does: Author of 12 books, include the bestselling The New Rules of Marketing & PR, which has been translated into 29 languages and is currently in its 7th edition.

💡 Get smart: “A definition of when you’re a fan of something is, if something better, faster, cheaper comes along, you won’t switch.”

New networks and mediums open entirely new possibilities, but too often we approach them with the same playbook we were already using elsewhere. David gives the example of the pandemic bringing an end to in-person presentations. “People who took what they knew about presentations to deliver a virtual presentation, essentially taking what they know and stuffing into a Zoom room—that didn’t work.”

Instead, he and others reconsidered what a virtual event might be and what new possibilities are available, from home studios with different camera angles to multiple screens for presenting, etc.

David explains, “It’s not a theatrical experience the way that an in-person event is. It’s more of a cinematic experience. And if you can work in that metaphor—the cinema, television—you’re going to be much more effective.”

Lessons from the Grateful Dead

“Because they never played the same set list twice, because they never played the songs in a similar way, night after night, you never knew what you were going to get when you went to a Grateful Dead show. So people started to hear this music, they wanted to go to the show, and then they wanted to go to the show again and again and again. …And that turned out to be a social network before Mark Zuckerberg was even born, because when you had a good tape, you would trade it with your friends or give it away and people would talk about the band in context of these tapes.

I had a chance to speak with Bob Weir about this, and he said, ‘We didn’t actually set out as a marketing technique, but it turns out that it absolutely was.’ They just didn’t want to be the people to say no, and they wanted to say yes to fans. And that’s why they initially, reluctantly, allowed it, and then they realized that it was really important to the fans, and then they encouraged it and even created these section for tapers. And it’s only been in the last 20 years or so where people have recognized that this truly was brilliant marketing and truly was an early form of a social network based on content.”

What his studio Signature Tones does 🎵

“What we do is we understand an organization’s brand and then create a sonic logo. And you may be familiar with sonic logos as being between 3 and 10 notes that become signature, like “Intel Inside” is an example of a sonic logo, and then full-blown songs that a brand can use that’s designed especially for them, composed especially for them, and it really brings their brand alive. It’s something they can use and own and no one else will be able to use and own that.”

The New Rules, in a nutshell

“The old rules of marketing and PR was that you either had to convince a member of the media to write about you, or you had to spend lots and lots of money on advertising to get generated attention, or you had to have a team of salespeople knocking on doors to generate attention. However, the new rules of marketing are that you can create content yourself and generate attention on your own for free.”

Be the one who gets it out

“I see patterns in the universe—patterns in the universe that other people may well be seeing, other people may well be talking about, but that they’re not getting out there and rattling the trees, writing books, and giving speeches about. And that’s the difference. There may very well have been hundreds or even thousands of other people who understood what I was writing about back in 2007, but I was the one who wrote the book and delivered the speeches. So I’m super convinced that when I have an idea like that, I have to get it out. It is that important.”

“People who jumped into something quickly, whether that’s Clubhouse or TikTok or whatever the next thing coming around is, can sometimes, do really well because they’re the first people to understand what’s different about that medium.”

Own your own real estate

Any company, in any industry, can create fans

“I was talking to the CEO of Hagerty insurance, McKeel Hagerty. He goes, ‘David, everyone hates to buy insurance. So we didn’t want to market our insurance products the way everyone else does. We didn’t wanna be the low-cost provider, we didn’t want to spend more money on advertising than everybody else. So we specifically went out to grow fans of our business.’

So, what did they do? Many of the things that I talk about in The New Roles of Marketing & PR. They have a YouTube channel with over a million subscribers. They have great content that they give away for free in the form of pricing data about how much different classic cars are worth. Now, they do classic car auto insurance, so it’s a niche within automobile insurance. They go to classic car auto shows around the United States, and they’re there with people who are already fans of classic cars talking about classic cars and how to take care of them and so on. And they’ve become the most popular, the most successful, the largest classic car auto insurance company in the world. They’re gonna grow by 200,000 new members this year. Absolutely crushing it.”

“When I have that conviction that I just feel like I have to do something, generally, that works out for the best.”

“Marketers, if they’re doing something new, have always faced pushback .”

“Anybody, any organization, can build fans.”

“A definition of when you’re a fan of something, is if something better, faster, cheaper comes along, you won’t switch.” 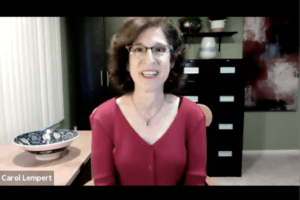 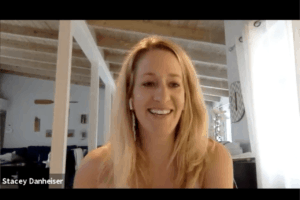