This month, Marc is beginning his 4th year with Verblio and in that time he has sold over 2,500 blog posts with an acceptance rate of about 99%. He’s also a “preferred writer” for 16 different subscriptions.

Many of his posts are in the legal and insurance industries, but he also works on topics from data security to home repair and maintenance. Here are just a couple of the topics that he has taken on recently:

Many of Marc’s posts fall on the more technical end of the spectrum, which makes sense given that he has an extensive background (and a Master’s degree) in mechanical engineering, as well as a PhD in physics.

He says that he started out working as a mechanical engineer, designing pneumatic controls for industrial machines before going on to earn his higher degrees. 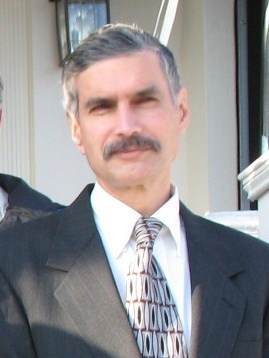 Here’s how he described his pre-Verblio career(s):

I worked with a small start-up company for ten years. I did engineering analysis, design, testing, and field installations of a new type of powder injection system for manufacturing operations…

I’ve worked in some pretty harsh manufacturing environments. I had a summer internship at a foundry that made multi-ton castings. It was a kind of Hades on Earth with soot everywhere and holes in the floor where molten castings were cooling off. There was incessant overhead activity where big gantry cranes moved giant castings around.

And that wasn’t Marc’s only job in a tough and chaotic environment. He also has experience “[troubleshooting] control systems in cement manufacturing plants with intense noise, vibration, and cement dust floating everywhere.” It’s not only challenging just to be in a place like that all day long, but, as Marc says, “The work required clear analytical thinking in the midst of a very busy and harsh environment.”

Perhaps Marc’s ability to focus and think in tough climates comes from another passion of his: rock climbing. Although non-climbers may be surprised by this, rock climbing is an intensely analytical sport. It’s not just about physical strength, but also requires extreme mental focus and extensive knowledge of the equipment (and its limitations).

After his first foray into mechanical engineering, Marc took several years off to grow as a climber. “For almost two decades,” he says, “I was an absolute rock climbing fanatic.” He has climbed all over the country from the Shawangunks (“the Gunks”) in upstate New York to the iconic Yosemite Valley granite in California. Marc’s passion for climbing was unmistakable as he explained it to me:

Nothing else I’ve done before or since has come close to energizing me to the same extent that rock climbing did… I’ve done lots of roped climbing with partners but also did a substantial amount of solo rock climbing without a rope up cliffs hundreds of feet off the ground… I’ve also done a lot of night rock climbing for the fun of it. These experiences gave me a kind of otherworldly feeling that was intensely satisfying.

Eventually, Marc quit climbing after some close calls, including a harrowing moment soloing (ropeless) on overhung terrain 80 feet off the ground.

An old climbing magazine article aptly stated: ‘just because you can climb 5.11 or 5.12 doesn’t mean you can fly.’

Though he doesn’t free solo anymore, Marc still spends a lot of time outdoors. He cross-country skis in the backcountry, snowshoes, and says he loves to go bushwhacking (hiking off trail), using the sun and his GPS watch to navigate. He also says that in spite of living in a largely rural area, “I get a kick out of using my car as little as possible.”

For 3 and a half years, Marc has carried his groceries—25-30 pounds of food—4.5 miles home from the grocery store on foot.

Our customers often ask us about a writer’s career experiences, but Marc really embodies something that I’ve always had a hard time explaining: a writer’s on-paper experience doesn’t always give you a complete picture of their range and talent. Passion can be as powerful as professional experience, and often creates more compelling content.

Marc’s resume may tell you that he’s a technical writer, but beyond his degrees and years of experience in engineering, Marc also plays (and composes music for) piano and reads extensively about the space program. I suspect that he could write a climbing manual or two.

Here’s a list of some of the diverse topics that Marc is knowledgeable about:

For fun, I asked Marc about the strangest trivia facts that he has learned from being a Verblio writer. Right away, he said that the most niche topic he has covered is “the worst items to flush down a toilet,” but while writing for a pawn shop, he also happened upon a pretty amazing space trivia fact: Did you know that “the atmospheric conditions on Uranus and Neptune allow for storms that rain diamonds out of the sky”?!

Thank you so much to Marc for telling us about his life and experiences! If you’re hoping to work with experienced, talented freelance writers like Marc, reach out. We’d love to learn more about your business and to help you create great content to drive sales and growth.