“I’m your Huckleberry.” The Growing Mythology of the American Old West: A Friday Double Your Pleasure WOOF Round-Up!

We weren’t in the office to give you a new WOOF every day over the holidays, so this week, you get a double WOOF round-up. Double your word fun for the weekend!

Friday: Kneesies (2006 Concise New Partridge Dictionary of Slang and Unconventional English) — knee to knee contact, usually out of sight, such as under a restaurant table

Monday: Huckleberry above the Persimmon (1849 Dictionary of Americanisms) — just a bit beyond, or more than (a Southern phrase). “I’m your huckleberry” means “I’m the right person for the job.”

Tuesday: Rumble Seat (1995 Ben Jordan’s Automotive Jargon for the Car Owner from the Shade Tree Mechanic’s Automobile Dictionary with Lagniappe) — a folding seat built into the trunk compartment of coupe automobiles without top or window protection and usually seating two passengers who had to climb in over the rear fenders and body side.

Wednesday: When the Tag Says “Do Not Remove” (1982 Book of Inside Information) — “Do not remove this tag under penalty of law.” These words actually serve as a warning to the manufacturers and dealers. As the purchaser, however, you may remove the tags if you wish.

Friday: Mstislav Rostropovich (1992 Russia and the Commonwealth: A to Z) — Considered to have been one of the world’s leading cellists, deprived of his Soviet citizenship in 1974. Was critical of the Soviet regime. Returned to give a concert in 1990, and was restored his citizenship that same year.

As you know from that WOOF entry, the phrase “is a Southern one,” and Doc Holliday was born in Georgia (with the much less memorable appellation John Henry Holliday, as it turns out). While there’s probably no historical basis for his famous huckleberry bon mot in the film, it’s a nice historically appropriate approximation of what a good boy from Georgia might have said. 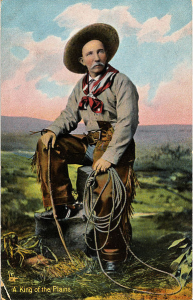 The American Old West has a fascinating “foundation mythology.” Most cultures have foundation mythologies, and they often seem bizarre. The ancient Athenians, for instance, referred to themselves as Erechtheidai, or those who are descended from Erechthonious, a man who sprouted up from the very earth. They considered themselves autochthonous (now there’s a word of the day for you!), which means that they, too (since they came from Erechthonious), were descended from the actual earth on which they lived and sustained themselves. Of course, this gave them reason to go to war with and rightfully kick out anyone who wasn’t part of the Erechtheidai.

The American Old West is still developing its own cultural mythology, and is also still developing and re-designing characters like Doc Holliday and Wyatt Earp, among others, to fit their foundational mythology, and modern re-interpretations of it. While not as bizarre as the Athenians’ Erechthonious, these personages and myths are still being formed today, especially in concert with the idea of the American cowboy. Who knows to what magnitude these personae and heritages will be built in thousands of years? Will it grow to the proportion of the autochthonous Athenians? The argument could be made that we use this foundational mythology as a sequel, or even continuation of the Mayflower-Pilgrim foundation story, which we use to justify many beliefs about who Americans are.

Movies like Tombstone help to cement that mythology by popularizing phrases historically inaccurate, yet charming phrases like “I’m your huckleberry.” While cementing the foundation story, though, it’s also re-creating it, too, and constructing the historical figures into arguably more lovable, or at least, more appealing to modern sensibilities. It’s interesting to be more or less in the beginning stages of this particular foundation mythology right now, and see how, as a culture, we might use it to justify the same kinds of societal and political beliefs as the Athenians. We’re also a part of the re-construction of the characters and the mythology itself.

There are plenty of other American foundation mythologies, I’m sure. What are some that are most interesting to you, or which draw some of the strongest parallels with other cultures, ancient or modern?

PS: In case you’re in Colorado, like the BlogMutt office, you can check out Doc Holliday’s grave in Glenwood Springs, Colorado. Even if you’re not in Colorado, go ahead and make a road trip!