Hire A Blog Writer To Set The Tone For Your Blog

Ghostwriting bloggers are a special breed. They are a selfless lot who are dedicated to finding exactly what you want, writing it for you, and all the while knowing that their name will not appear on the work they completed. Hire a blog writer and get the professionalism, skill, and benefit of someone who simply loves the craft of writing itself. At Verblio (formerly BlogMutt), we want to raise the level of the blogging art.

The idea of using blogs in marketing is brand new. It’s so novel, in fact, that the internet still buzzes with news about inbound marketing. While blogging for inbound marketing is new, the whole industry of blog writing is represented by historical and literary precedents. Before the mid-nineties there was no such thing as a blog. Then, in 1997, people started writing what Jorn Barger called “web logs.”

The first web logs were open-ended public diaries in which people vented political views or presented themselves publicly to anyone who would find them. These web-log sites were like a form of fully democratized, open-sourced publishing, which opened up a new world of news and opinion dissemination, without editors or established publisher gatekeepers.

The term “blog” first appeared in 1999 when Peter Merholz jokingly changed “web log” into “we blog” in the sidebar of his Peterme.com site.

The blog quickly became a public institution with the advent of blog-editing software. Entrepreneur Evan Williams of Pyra Labs used the term “blog” both as a noun and as a verb when he mounted the first version of his Blogger product in late 1999. Blogger is now a major outlet for blog writers. It was purchased by Google in 2006.

For the first time, anyone with an internet connection and something to say could present his views or his literary and artistic works publicly, and receive unlimited online distribution. Blogging quickly became a popular pastime, opening the internet universe to new talents and sources of information. A generation of blog-editing products quickly joined in the growing trend. Open Diary, Slashdot, LiveJournal, Pitas.com, and DairyLand appeared in 1999.

New online publications like Open Salon began to appear in the late 1990s. Open Salon now has a circulation of some 5.8 million unique monthly visitors, which makes it among the most widely read publications in the world. A whole generation of writers have grown up with exposure on the blogosphere.

In effect, blogs and other associated online publications have democratized the world of writing, photography, and art, opening access to the very broadest public participation. In turn, we have learned how much talent actually runs through the public. We also now see how limiting the community of traditional publication has been. The closed gates of the publishing industry still limit access to the markets for most of the talent in the community, but the gates can no longer keep out the creative output. 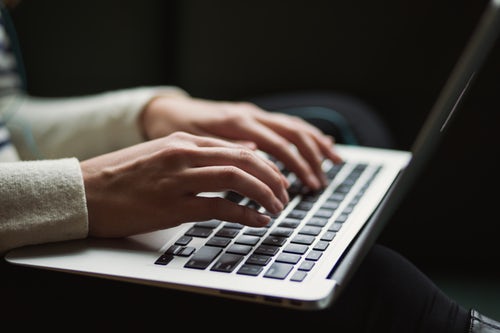 The philosophy of the blogosphere has come with new outbursts of democracy. Crowd-sourced or citizen science and product development are examples of open employment. When Canadian sociologist Marshall McLuhan wrote, “The new electronic independence re-creates the world in the image of a global village,” he was predicting this opening up that is now driven by bloggers. When Bob Zukis wrote his article entitled, “Who’s Smarter — Einstein or Everybody?,” he was referring to the newly found power of community, brought about largely by the potential of blogging and bloggers.

The term “inbound marketing” is credited to HubSpot founder Brian Halligan in his book, Inbound Marketing: Get Found Using Google, Social Media, and Blogs. The basic premise of the inbound-marketing concept is to make full use of the power of the internet to draw potential customers to a business. This apparently small philosophical change represents a major shift in the orientation of advertising and marketing. The change started with the concept of relationship marketing, forged by Regis McKenna, which emerged in the mid-1990s, along with concepts like “permission marketing” (Seth Godin).

The shift to inbound-marketing methods really brings the marketing power of the internet to bear. With inbound marketing, the blog has come to full utility. Powerful blog writing has emerged as a tool that can draw prospects into the tender trap of the inbound-marketing site.

The work of the inbound-marketing blog is to introduce the subject of the business around which it is built. Then, the blog has to give potential customers a sense that the business is an expert source for industry information. The reality of today’s internet is that for most subject areas, the practical expertise is concentrated in the businesses that invent or innovate in them. When people look up the answer to many queries on the web, they are very likely to be steered to businesses that sell or manufacture something related to the question.

One of the principle functions of the inbound-marketing blog is to help define a brand. The blog has to be consistent with the image the brand tries to build and add to the train of associations that lead readers to the brand name. The writer who provides content to an inbound-marketing site has a complex job. The blogger has to do enough research and have enough knowledge to comment intelligently on the content of the business. The blog has to add something useful and valuable to the potential customer’s understanding. The blog has to keep the reader pinned to the site while leading him inexorably deeper into the buying process. In addition, the blogger must make careful and studied use of the kinds of keywords and phrases that attract the attention of internet search engines to build the website’s SEO.

Who Is The Ghost Blog Writer?

Commercial use of blogs for inbound marketing has emerged only in the last five years. But in that time, blog writers have brought a wave of information into the commercial sphere of inbound-marketing websites.

So who are these successful blog writers? Flexibility is one of the most important traits of a ghost blog writer. Writing for business blogs means writing in an ego-free zone. In fact, the very task of ghost blog writing is difficult without a deep love of writing itself, and an interest in constructing words in such a way that they satisfy many different marketing needs.

The internet is now loaded with sites that purport to educate blog writers. Often in those sites is the same intensity and focus on sales that drove marketing away from the outbound model to begin with. Inbound marketers aspire to own the attention of their readers, instead of renting that attention.

Inbound blog writers have to be true to that aspiration. Readers responding to advertising pay attention only as long as the ad appears in front of them, and the advertiser pays for every moment of the viewer’s attention. Readers responding to inbound marketing want to be there and willingly follow the content because of its inherent value. The marketer owns the attention of the viewer.

The inbound ghost blogger has to be interesting, informed, charming, and without personal ego. Writers for Verblio (formerly BlogMutt) are not purebreds. We are mutts. We know who we are, and we are true to our motto. “We work like a dog to fill up your blog.”

Editor’s Note: This post is an example of the longer posts we now offer. You can choose a plan that gives you posts at 250+ words, 600+ words, 900+ words, or 1200+ words. The posts are not only longer, but are written by more experienced writers.