How To Go Viral On Imgur Front Page

How to go viral on the internet isn’t about one hacking strategy, or applicable to just one platform. It depends upon either a deep understanding of a single platform and developing content to fit, or a single, totally knock-it-out-of-the-park piece of content that people can’t help but share. 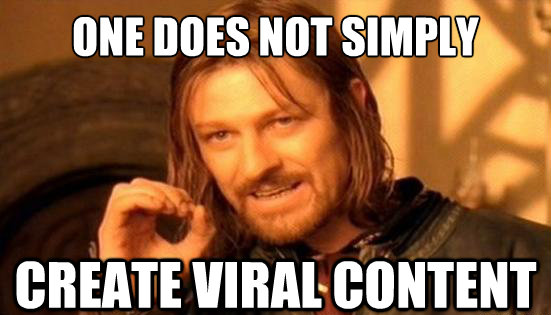 Most marketers seeking greater online visibility for their product/brand lay the groundwork for the latter one-hit wonder, that quick fix that will launch to household-name status. As with most marketing strategies, sinking all investment and energy into a single method is both foolish and minimally productive.

A much higher success rate can be attributed to the former — working within the bounds of a single platform, learning intimately about its audience, and delivering clever, curated content to provide value to that readership. Virality should be a happy byproduct, not the sole reason for the effort.

One of the most democratized ways on how to go viral is on a little site called Imgur (as I’ve only just recently learned myself). Here, I’ll bring you up to speed on this site that can make a serious impact in your marketing efforts, if done carefully, cautiously, and wisely. 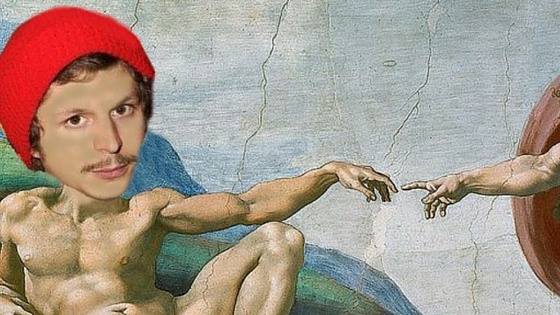 Everyone has their thing. My grandma’s thing was oil painting and baking coconut cream pies. My boss’s thing is advocating for Daylight Saving Time year-round. My dog’s thing is chewing on rocks. My boyfriend’s thing is Imguring.

Up until this point, I haven’t much felt the need to dig into Imgur and figure out its inner workings. Sure, I’d click on links my boyfriend or other friends would send me and enjoy the content, but on the whole, it was just one of those things that I let him have to himself, thinking that it was a whole world that I wouldn’t much be able to understand. My knowledge was one-off and limited (at best) concerning the multitudes of inside jokes, particular jargon, and rules of play, according to the vast, opinionated Imgur-world.

Turns out that these feelings were 100% correct. But this exercise in curiosity may have made an Imgurian out of me. I do feel embarrassed as a millennial not being immediately familiar with something that in certain social groups is treated as a separate member of the friend group: “Oh, Imgur…”. But I’m gonna stuff those embarrassments in a sack and throw myself into this. Here’s what I learned.

Simply put, Imgur is born out of our society’s fascination with images, viral content, and internet comment sections. According to the site itself, “Imgur is full of the most awesome images on the internet, curated in real time by a vibrant community of millions of people around the world.”

The most popular images appear first and are ranked by popularity (based on metrics like the number of shares, comments, upvotes). These literally change by the second. You can also sort by other metrics, too, but this is the default. 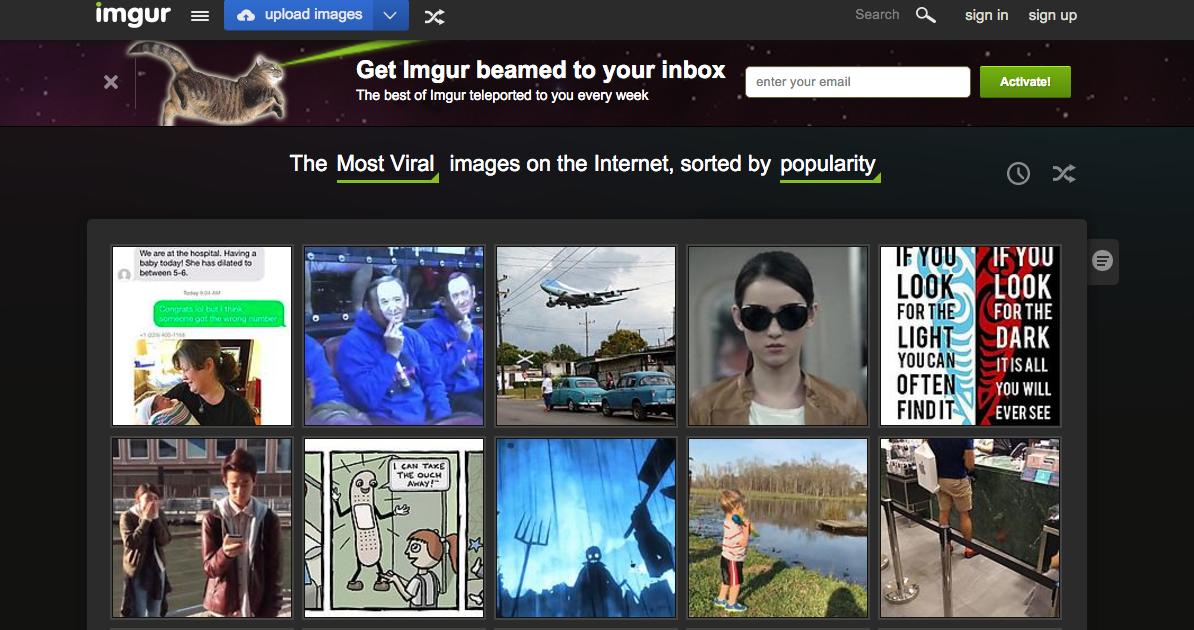 Relying on what your immediate friends are posting through social media, as quick as that is to spread what’s going viral, isn’t as real-time as it could be. If social media is a sprinkling of the most viral content, Imgur is drinking straight from the hose. All viral, all the time. It’s the pulse of the internet.

Want to get an idea what that looks like? Let’s check out some of the hits on Imgur right now: 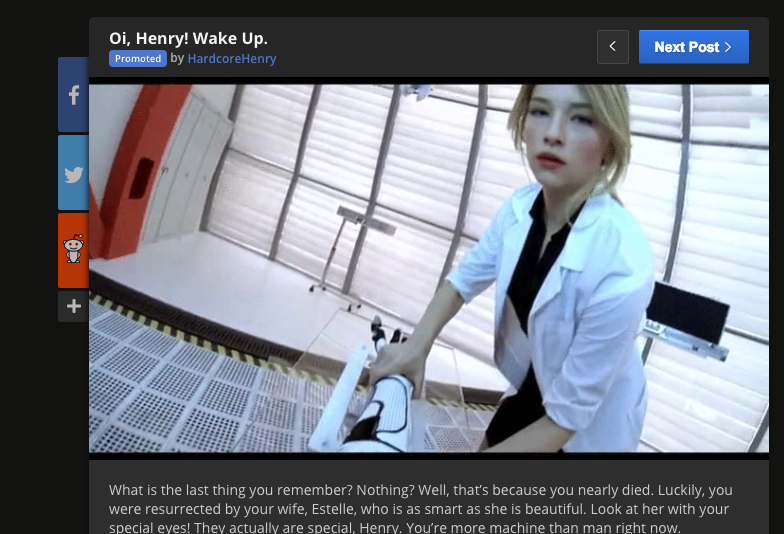 This is a promoted post for an upcoming movie called Hardcore Henry. Because Imgur still is a corner of the internet, unfortunately it is not immune to sponsored posts for movies, products, and other offerings that may apply to the Imgurian masses (ad-blockers are no good here).

However, for these promoted posts to be successful in the Imgur landscape, they do need to adhere to community standards and provide some value to the viewer, or it’ll disappear or be shamed into Imgur oblivion. More on that later. 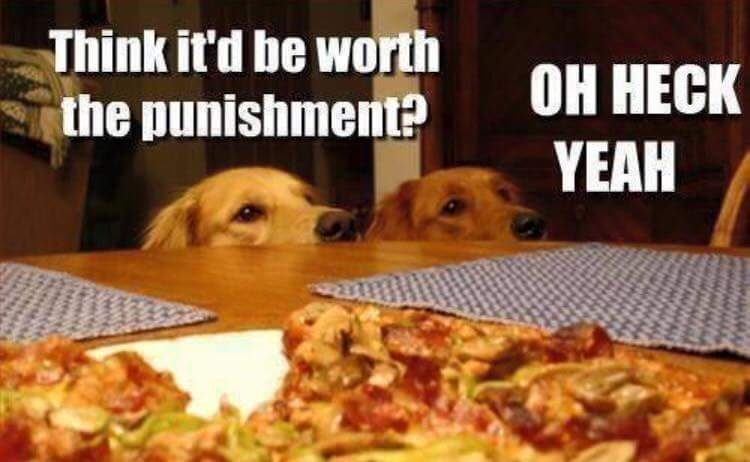 My gosh, are there memes. Imgur and memes are a match made in heaven. Meme compilations, or “dumps” as they’re sometimes called, are popular and a more curated experience than just a single meme on its own. In fact, Imgur has its own meme generator, too, so don’t expect any shortage of memes anytime soon.

Here are a few more that are trending right now (you’re welcome): 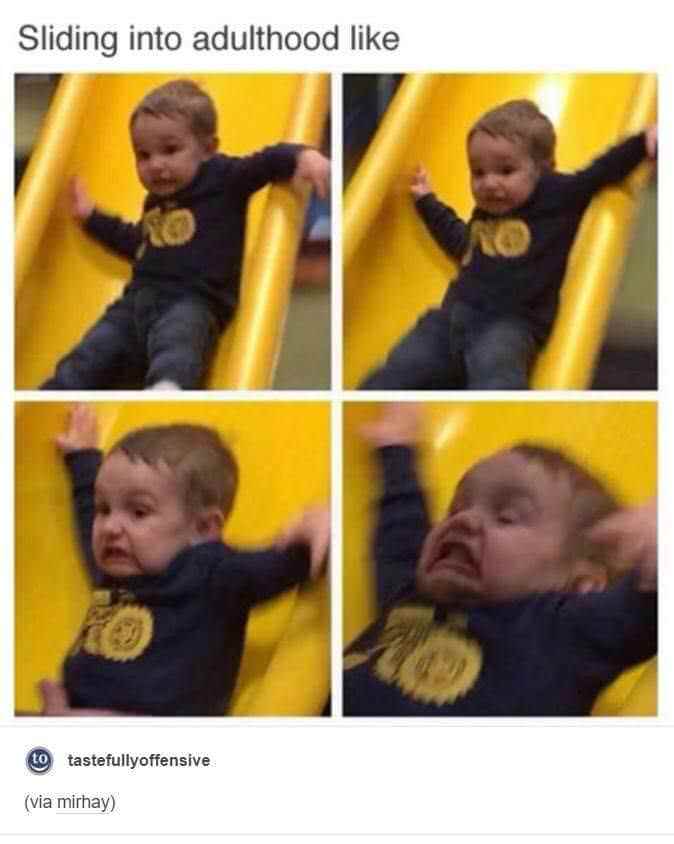 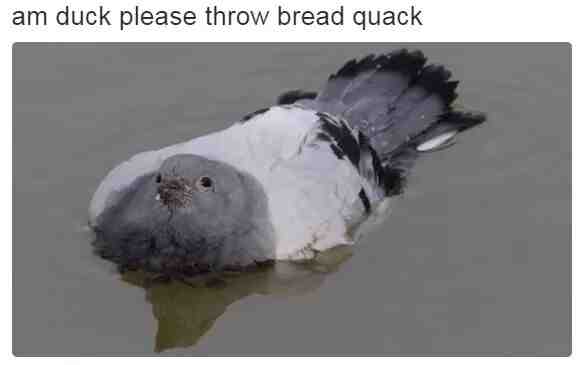 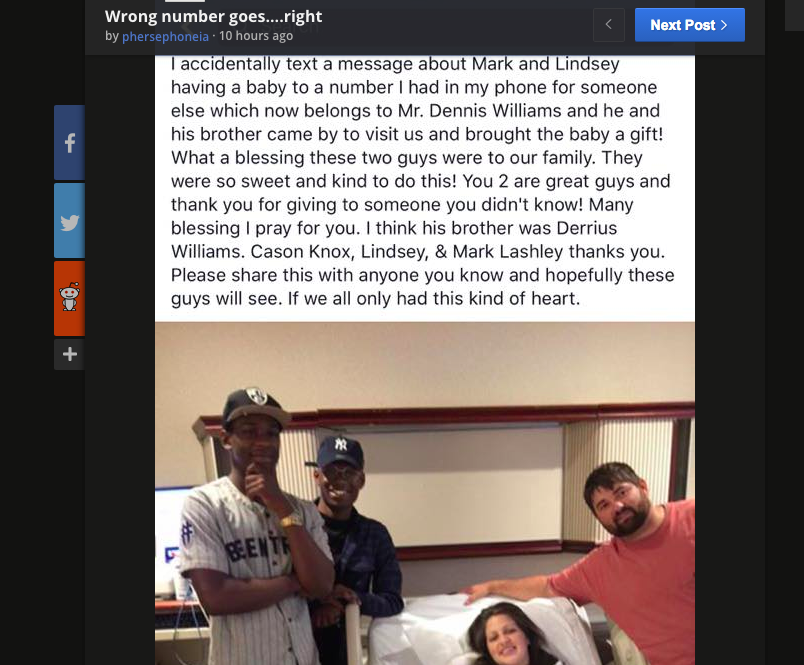 Another frequent type of post on Imgur is a heartwarming story. In this case, a guy who mistakenly got a group text from a couple announcing the birth of their child decided to take the expected “Wrong number” text five steps further and actually SHOW UP with his brother and a gift to celebrate the couple’s new addition to the family.

Be still, my heart.

Okay, enough of that. If you’ve got more time to kill, head over to Imgur yourself and browse. We’ve gotta move on here before I lose focus again…

In the beginning, Imgur pulled its content from posts blowing up in popularity on what is now its more raunchy, mature older brother-site Reddit (and still remains affiliated). It boiled the content down to just images.

According to Fast Company, “[Imgur] took off not because it did a lot, but because it did so little.” Initially launched as a fast, simple, adless image sharing service at Ohio State University (as opposed with larger ImageShack or Photobucket), founder Alan Schaaf began fostering an online space and inclusive community by building features exclusively driven by user requests and suggestions. Now, with that same ongoing focus and 150 million monthly users and more than a trillion images uploaded per year, the users are the ultimate deciders in the democracy that is determining what’s “front-page worthy”.

Why does this work? Generally speaking, there are a LOT of users dedicating a LOT of time to Imgur and a sense of responsibility, goodwill, and justice as to what pieces should get more visibility and what content should be rewarded. Authenticity and sincerity go the longest way with the community of Imgurians. “I like to think that people come on Imgur and use their anonymity to be the best versions of themselves,” Sarah Schaaf, Alan’s sister and Imgur’s director of community, says. “That puts people in a vulnerable state which fosters these cool connections that you see among strangers.”

How to Get On Front Page of Imgur

Collect data, to start. Learn about the audience you’re looking to attract. Are they internet savvy, a little tongue-in-cheek, and likely millennial age or slightly older? You could certainly tap into the Imgur community.

If you do it right, you’d end up with one of the most loyal readership and product/brand fan base you are likely to find out there. Old Spice is a perfect example of a brand that has undoubtedly plugged in and cranked out some of the best-sponsored posts on Imgur. Artists showcase their pieces, cooks share recipes, musicians belt their original work, organizations spread their heartwarming stories — it’s all here.

Bottom line: Don’t be corporate or insincere. Be interesting. Be original. And definitely be funny.

P.S. And if you’re still wondering about the best Imgur inside jokes, these are what I’ve been able to piece together so far. I still have so many questions…