In case you’re anguishing over missing a word this week, here is your weekly compendium of the WOrds of the day of the dictionaries OF the day. It’s a double treat today: two weeks in one! Without further ado, your WOOF Roundup:

Tuesday: Gossamer (1882 Dictionary of Needlework) — a silk gauze named after its resemblance to the silk thread spun by spiders. Was also said to be the ravellings from the Virgin Mary’s shroud.

Wednesday: Real McCoy (1996 When a Loose Cannon Flogs a Dead Horse There’s the Devil to Pay: Seafaring Words in Everyday Speech) — authentic, bona fide, of the highest quality. Possible origins: either after Bill McCoy, a shipbuilder who delivered liquor to ports during Prohibition. His “homemade hooch” would not blind or kill its imbibers, hence “of the highest quality.” Or, after Chicago prizefighter Kid McCoy who decked a heckler on the street. A bystander exclaimed, “there’s the real McCoy!”

Thursday: “There is no substitute for thorough-going, ardent, and sincere earnestness.” — Charles Dickens (1955 New Dictionary of Thoughts) 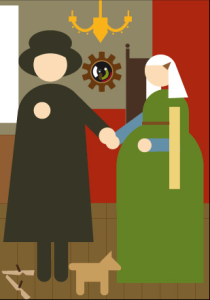 Friday: Machover Draw-A-Person Test (1968 Dictionary of Personnel and Guidance Terms) — Subject is asked to draw the best picture of a person that he or she can. They are also asked to draw a person of the opposite sex, and sometimes themselves. Personality traits of test subject may be gleaned from the details and differences amongst the figures.

Monday: Apple-pie order (c. 1890 Dictionary of Slang and Its Analogues, Vol. A – B) — The perfection of neatness and exactness. E.g., “The children’s garden was in apple-pie order this year.”

Wednesday & Thursday: Leech Book of Bald (1991 Dictionary of Historic Documents) — Anglo-Saxon medical treatise, apparently dictated by Bald to Cild (based on the Latin inscription “Bald habet hunc librum Cild quem conscribere iussit” / “Bald owns this book, which he ordered Cild to write down.”). Contains magical and herbal prescriptions. One of a series of so-called Leechbooks of the CE 900s, which often prescribe the use of leeches for ailments. Neither Bald or Cild are otherwise historically identifiable.

Friday: Great Attractor (1992 Dictionary of Scientific Literacy) — An enormous but unseen mass which the Milky Way and its neighboring galaxies seem to be falling toward, and which scientists have named “The Great Attractor.” An example of speculative cosmology.

Lots of great stuff, as always, in these WOOFs. Did you try the Machover Draw-A-Person test? Do you think you can read into someone’s psyche and personality based on stick figure drawings? If so, check out the Stick Figure Museum of Western Painting. That’s right, some very creative people put together an entire museum of famous Western paintings rendered as stick-figures. I think my favorite might be Diego Velazquez’s Las Meninas. Somehow, the stick-figure version seems so sinister and creepy to me. But somehow, the original doesn’t evoke any of that. What do you think? What makes the stick-figure version so uncanny? Whatever it is, I think that speaks to the weird power of stick-figures in art — not quite human, but rather, the shell of a recognizable form.