It’s Hip to Be Square: Instagram Has Made a Mistake by Straying from 640×640

By Kali Bizzul · September 1, 2015 · 3 min read
News broke last Thursday, August 27, that Instagram opened its format to include landscape- and portrait-oriented photos and videos, in addition to the original Insta tried-and-true square.

Why? Apparently “nearly one in five photos or videos people post aren’t in the square format,” according to Instagram’s blog post introducing the change. To capitalize on frustrated users who wanted to upload their panoramas or Snapchats without being confined to the square, Instagram has literally expanded its [mobile] horizons.

But there’s a problem with that. In appealing to this 20% of users, Instagram has effectively ditched its signature look (and, one could argue, its most defining feature), surrendering the very form itself to another social media channel:

The square was the brand. Profile pages were a mosaic of colorfully curated boxes, scrolling through the newsfeed had a pace to it, and Instagram was starting to rewire how we took pictures as a society, leading to things like a dedicated square-shooting setting on the iOS 7 iPhone camera app. You could even browse Instagram posts across different social media channels and yet you always knew what you were looking at, even when you weren’t in the Instagram app itself. That’s a “look.”

On top of that, and probably one of the largest reasons the app took off in the first place — the square format was nostalgic. The ability to harken back to the days of snapping a Polaroid picture (sh-sh-sh-shake it) and getting the similarly instant feedback on a mobile phone was novel and addicting for a new generation.

Further, I hate to go all word-nerd on you, but it’s what we do here at BlogMutt.

Squares are clean. Fair. And other synonyms like equal, even, and straightforward.

Instagram has succumbed to what’s popular and “stylish” instead of standing their ground. Among the culprits of pushing this decision along is the ubiquitous popularity of Snapchat, which is dominated by vertical photos and videos. But honestly, how much longer is Snapchat going to be a thing? I can’t predict the future, but I can tell you Instagram’s life span is going to be longer than that.

Another major factor in the puzzle is likely Instagram’s older sib Facebook, who is no doubt urging Instagram to accommodate these changing upload trends. Pair the fact that Youtube reports 50% increase in vertical video uploads this year with the Snapchat phenomenon, as well as that vertical videos have higher completion rates and leave audiences more satisfied, and you’ve got a compelling case. This seems to signal a changing preference of photo/video orientation for the masses. At least for now.

In giving into what the 20% of rogue portrait and landscape renegades have yearned for (but still didn’t abandon Insta, mind you), the other four out of five who’ve adopted and sworn by the square will no longer have the OCD-compliant browsing experience they’ve come to know, love, and defend. 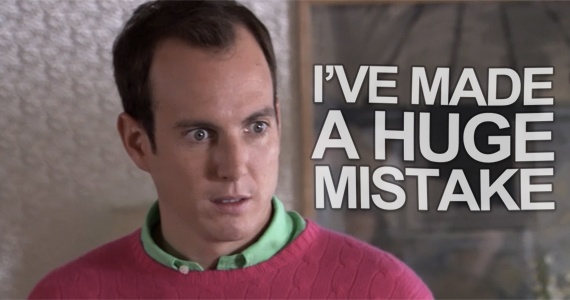 We’ve got thousands of samples. Want to see some related to your business & industry?