The difficult thing about content writing is that the more we write, the more often we forget common English usage rules. We learned them once, but for some reason, they didn’t stick. We make embarrassing blunders that we don’t catch in proofreading, because those many rules somehow never imprinted. Besides, spell checkers often don’t know the difference.

Mnemonics are your friends

A mnemonic is a device that can be used to aid recall. So now you have to remember the mnemonic as well as the rule it refers to, but it often helps. For example — amaze your friends with this one — you can remember the names of the five Great Lakes with the mnemonic “HOMES”: Huron, Ontario, Michigan, Erie and Superior.

The following are some common English usage errors that you can avoid using mnemonics:

Principal means main. Example: The principal reason for reading this is to learn.

Principle means rule. Example: The guiding principle was the rule of law.

Note that principal can be both a noun (as in school or law firm principal) and an adjective. Principle is only a noun.

Is it amount or number? Less or fewer?

The rule here is that if you can’t count the quantity of something, use amount. If you can count it, use number. The same applies to less and fewer (i.e., a lesser amount, but fewer in number). 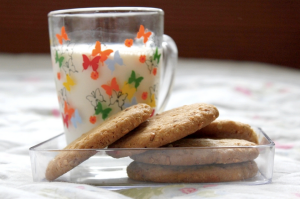 Remember the “milk and cookies” rule: You can drink a large amount of milk as well as eat a vast number of cookies. However, you should drink less milk and eat only a few cookies to avoid much weight gain due to many calories.

Affect as a verb means to act physically upon. When you affect (verb) someone your behavior has an effect (noun). Example: Her behavior tended to affect those around her and had a most positive effect. Also, as a verb, affect means to act in a way you don’t actually feel.

Note that affect is most always used as a verb. As a noun, however, affect (accent on the first syllable) is almost entirely reserved for psychological jargon; i.e., the noun version of the second definition of the verb affect. “She displayed a haughty affect.” Journalists use the term “affectation” to mean a deliberate pretense or exaggerated display.

On the other hand, as a noun, effect means “a result or consequence.” Effect as a verb means to bring something about or make, as in to effect change.

Should we go farther or further?

The Associated Press insists that farther must only refer to physical distance, whereas further refers to “an extent of time or degree.” There is really no unanimous agreement on the foregoing distinction, except that most authorities agree that further also means “in addition” or “moreover.”

Which is it — desert or dessert?

This one is really just a spelling problem. All you have to remember is that dessert (with the double s) is the sweet stuff we like to eat after a meal.

The foregoing are but brief samplings of the many problems content writers can encounter in English usage. Our principal goal here was to list but a small number of them in hopes that it would have a positive effect. Study and practice further, and all this good knowledge won’t desert you. (By the way, if you need to remember the geographical position of the Great Lakes, from east to west they form the chant-like abbreviation “OEHMS.”)

Editor’s Note: We have more than 3,000 writers now at BlogMutt, and it’s not surprising that many of them like to write about writing. This was a fun one from a longtime BlogMutt writer. If you’d like to join our fun and supportive group of writers, check out some of the specifics here. — Scott