As part of my job here at BlogMutt, I look at a lot of stock photos. Like, a lot. All told, I probably spend nearly the equivalent of one full work day each week trying to find photos for our customers’ posts and ours, sorting through the boring and the bizarre to find that one picture that will work perfectly for the content it’s to be paired with. It can be pretty draining.

At the same time, though, the world of stock photos is super fascinating to me. 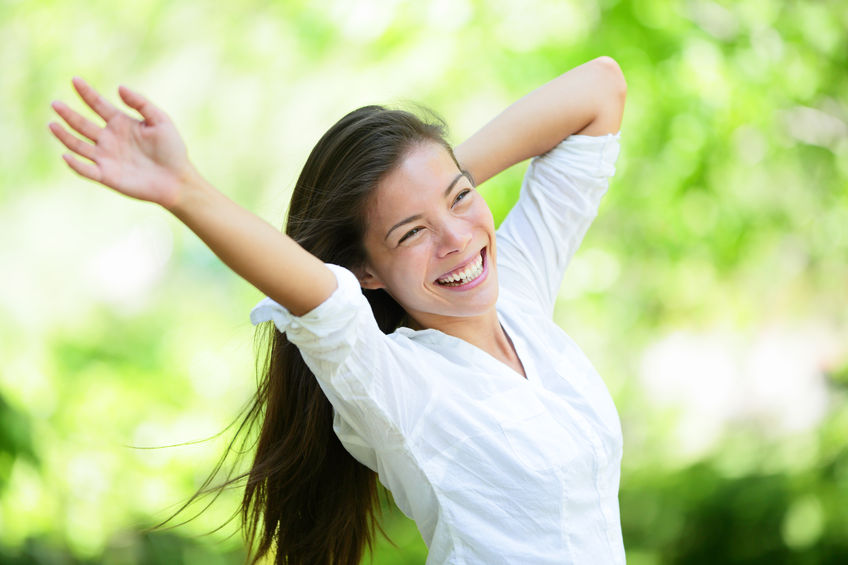 Most stock photos are designed to be generic: show me one picture of a smiling couple walking through a park and I will show you at least fifteen different blog posts it could accompany. Stock photos are supposed to represent universal experiences, activities, and emotions. For that reason, we rarely consciously think about them out in the world, even though we live surrounded by them. They’re background noise.

But when you look at hundreds and hundreds of stock photos in a period of a few hours, you start to see the same people in multiple scenarios – which reminds you that they are, in fact, real people who are somewhere out there living their lives. These are not snapshots from some parallel universe made of stock photos. The photographers made certain decisions about setting, lighting, and theme; the models made the decision to let someone take their picture for a few hours, make certain faces, hold their hands a certain way, sit or stand. 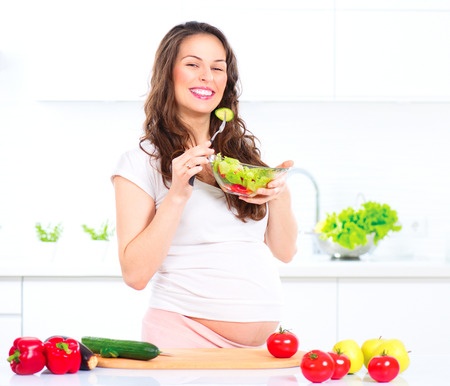 Compounding the weirdness, for whatever reason, no matter what you search for (at least on the photo service we use), there will be at least three different hugely pregnant women in the results. And as far as we can tell, a lot of them are actually pregnant, not just wearing fake baby bumps. All of those women eventually gave birth to real-life children who may one day see a picture of their mothers, pregnant, chopping vegetables or juggling their business responsibilities in ads for vitamin supplements or maternity clothes.

I am endlessly curious about these women’s lives, and the lives of the many stock photo models whose faces are as familiar to me as my own at this point.

But there’s one who stands above the rest, the queen of the stock photo models. I am perhaps unhealthily obsessed with her, but I’m not the only one.

Because she is everywhere. But no one knows anything about her. 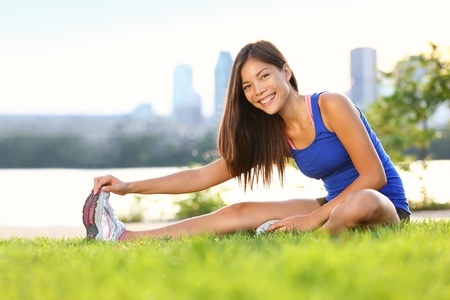 Okay, we do know some things about her. According to the only profile that has ever been written about her, in Esquire Philippines, her name is Ariane, she is Chinese-Canadian, she has a law degree, she loves to smile, and she runs the creative side of the stock photo business that has resulted in her face being plastered on billboards, magazines, and virtually every other kind of media all over the world. But that is literally it. Billions of people see her face on a regular basis, and no one even knows her last name.

In an era where it seems privacy is impossible, she is an irresistable mystery.

There are a lot of elements that make her such a popular stock photo model, not the least of which is that she has devoted her career to it. There are simply more pictures of her in existence than probably any other single person in history. Most models don’t aspire to stock photos, but she has turned a gig that is usually a stepping stone to bigger things into a global empire. 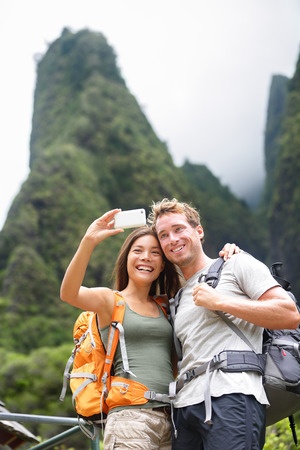 But she’s also inherently appealing on a visual level: she is very pretty, for one, but she’s also accessible. Her smile is just a little too big – almost cheesy. It says, “I’m really enthusiastic about these coupons/plane tickets/mops/vegetables” in a totally unthreatening way. She has the perfect body type for advertising athletic clothes and gyms. She can also pull off the motivated career woman and the young, excited traveler with ease. She is vaguely “ethnic,” enough to satisfy advertisers paying lip service to diversity. She makes us feel comfortable.

She and her boyfriend take selfies all over the world. She laughs alone with salad (just like so many of her stock photo sisteren). She meditates on the beach, and then cuts loose later with a pink cocktail. Why not? She’s young, happy, healthy, beautiful.

She is the smiling paragon of our collective subconscious.

She was recently in an ad on the bus I take to work, playing “Mary Lu Chang,” a student holding up her free college bus pass and pointing to it, thrilled. I would look up at her wide grin every morning and feel her enthusiasm for free bus rides spread over me like a warm blanket. 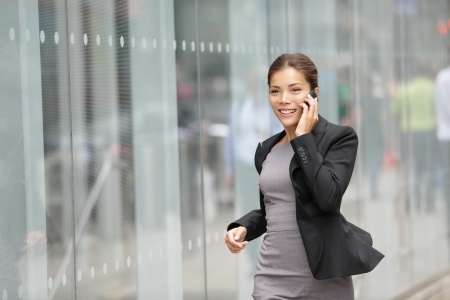 At this point, she’s like an old friend. Every time I’m searching for photos, there she is with her friendly, slightly goofy smile, doing yoga or going for a run or having a power lunch. She makes me aspire to greater things.

Naturally, I want to know everything about her.

I’ve spent good chunks of time scrolling through the Facebook group dedicated to spotting pictures of Ariane, imagining what she’s like in real life, what we would talk about over a glass of wine. Is that weird?

A commenter on a recent photo writes:

I followed this page cuz it’s just weird that this stock model pops up so much.. But this isn’t more of “bunch of creeps stalking the same stock model” club is it?

No. Of course not. Right?

As much as I want to know about Ariane, I also totally respect why she would want to remain relatively anonymous. I’m sure there are actual creepy stalkers out there who might pose an actual threat to her if she were to reveal more about herself.

And I do feel a little weird about how curious I am about her, but then, I think a lot of people are more curious about strangers than they let on. It’s why most of us love people-watching. And when you think about it, looking through stock photos is just a strange kind of people-watching: glimpsing the lives of others in snapshot form, making them fit our narratives and preconceptions. Ariane is the person you always see in random places around town – the coffee shop, then the gym, and then the next day at the grocery store – almost like she’s following you. You see her so often that you almost start to feel like you know her.

But she’s still a mystery. 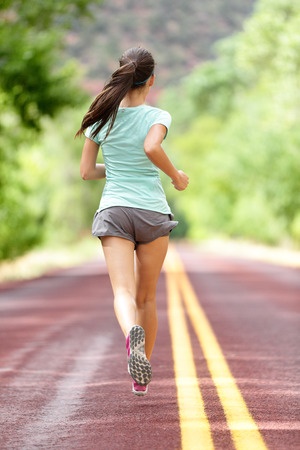