Penny Dreadful: The Pamphlets, The TV Show, And The Inspiration For The Blog

We think that the blog is a recent invention. After all, it’s internet-specific and the internet is a recent development in the history of humanity. However, if you look back at earlier forms of writing, you’ll find that there has been a history of short writing forms which were made easily available to the public at large.

In Victorian times, people wrote a lot of pamphlets, some of them informational and some fictional. In some of them, the authors’ names were spelled out, but in others, people preferred to remain anonymous, or used pseudonyms to protect their identities. The so-called penny dreadful was a pamphlet of short horror stories, written to titillate the public. 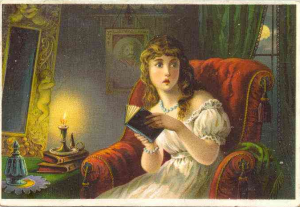 The recent TV show, Penny Dreadful, combines famous Victorian novels such as Dracula, The Picture of Dorian Gray, and Frankenstein, to produce an interesting mishmash of stories. It’s the very freedom with which the writing takes liberties with the works of famous authors that gives the show a certain zing. And the core of the show lies in exploring the idea of possession, which is actually not an element of any of the famous novels it borrows from.

Penny Dreadful pilfers from the works of famous authors, but also borrows the structure of the historical penny dreadful to present the public with a mixture of sophistication and humility. In this way, it’s a lot like the blog. When you blog for small businesses, you write to convince the consumer that the company is noteworthy. You want to emphasize the quality, scope, and innovativeness of the product. At the same time, you also want to emphasize the down-home way in which the company connects with its consumers. You want there to be no doubt that the customer will receive the best possible customer service. Whether they want changes made to the product or are having problems with it, the company will be there to help them out and take care of their needs. Like Penny Dreadful, the blog has to be focused on emphasizing both, sophistication and humility.

Tell The Truth, But Tell It Slant

Another way in which the TV show is a lot like the blog is because it presents a different slant on the things we already know. Often, when you’re blogging for small businesses, the information that you’re giving your consumers may not be anything new. For example, if you’re working in real estate, you might have blog posts focused on finding a home, renovating a home, decorating a home, moving into a home, finding the best deal on a home, etc. Most people can find this information elsewhere, as well. However, you can put your own stamp on your blog by writing about these topics in your own way. You can include your own opinions, as well as what other experts think about the topic. This is a lot like how Penny Dreadful borrows from great authors, but has a different core storyline.

Contact us for more information on borrowing from the penny dreadful–the pamphlet as well as the TV show–and on writing a great blog.

Editor’s note: This blog is an example of the kind of writing you can get for your blog. The only thing that’s different is that it has the name of the writer. For your blog, you can say you wrote it. That’s fine with us. We’re happy mutts. Click here for more explanation of this series of posts.