To Clickbait or Not to Clickbait: Is That the Question?

It’s nearly impossible to avoid running into clickbait headlines. Log into your Facebook or Twitter, and you will see them right away, clamoring for your attention:

15 Amazing Facts That Will Shock You!

You Won’t Believe What Happens in This Video! 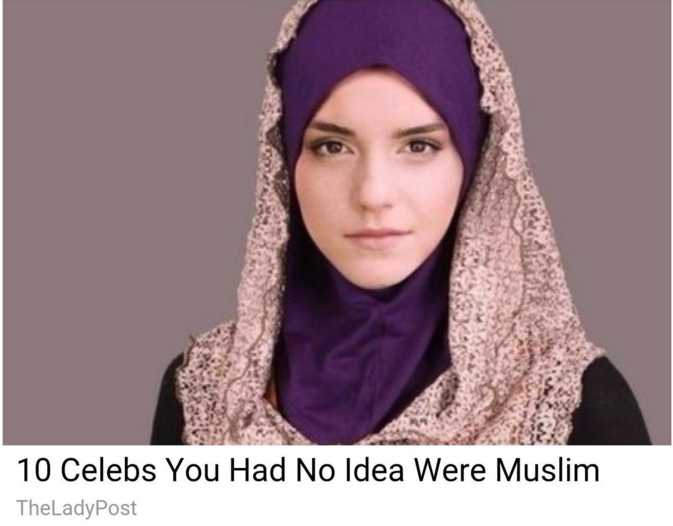 There are so many especially terrible clickbait examples out there.

It’s difficult to resist the urge of clicking on such an enticing headline. Yet, when we do, the resulting content is often disappointing. And how could it not be? Many of these headlines set expectations so high, the follow up is bound to fall short.

But it works, for a variety of reasons. So from a marketing standpoint, it’s a tempting strategy to get your content in front of your audience. Should you do it? That’s an entirely different question.

Let’s say, before we go any further, that Verblio (formerly BlogMutt) does not condone the use of clickbait in its purest sense. It is our belief that a headline should accurately reflect the content, not mislead audiences into clicking on an oversensationalized article just for the sake of the click.

At the same time, optimizing a headline to maximize the readership of your content is valuable and important to stand out among the digital noise.

But where to draw the line? Is the decision really to use it or not to use it, or do other factors play into the equation? That’s what this article will attempt to answer.

In the world of advertising, sensationalizing information in order to get audience attention is not a new concept. But the emotional nature of social media has made it a prime medium for this type of advertising, which has resurfaced and thrived as clickbait.

As Bryan Gardinger points out in his article on the psychology of readership, clickbait is not a new phenomenon. Newspapers and other publications have used headlines to grab audiences since the beginning of print media, recognizing them as the central tool needed to garner attention. He quotes Jonah Berger, a bestselling author who studies social influence and contagion at the University of Pennsylvania:

Emotional arousal, or the degree of physical response you have to an emotion, is a key ingredient in clicking behaviors. Sadness and anger, for example, are negative emotions, but anger is much more potent … It drives us, fires us up, and compels us to take action …

Anger, anxiety, humor, excitement, inspiration, surprise—all of these are punchy emotions that clickbait headlines rely on.

Other studies have confirmed the fact that emotions are the primary driver behind why articles – and their headlines – go viral.

It also works because of our increasingly short digital attention span. Last year, a oft-cited study put the time marketers have to capture audience attention online at 8 seconds, which just happens to be the time it takes to read an exciting headline. Clickbait stories often go viral not because of the content behind them, but because users read little more than the headline before they decide to hit the share button.

As a result, shares have become a valuable part of clickbait marketing. The only thing better than a user visiting your website is one that shares your audience with their friends. The most shared articles online combine three or more common clickbait elements, which range from shock value to timely topics. Consider Buzzfeed’s research on which three-word headline phrases get the most Facebook shares, and you begin to realize just how closely clickbait headlines and social shares are associated.

The Dangers of Clickbait

Consider the manipulative aspect of writing a headline specifically designed to incite your audience’s emotions, and it’s easy to understand why ‘clickbait’ has become one of the dirtiest words in digital journalism. Commentors on Forbes, BBC, and the New York Times have called out the practice as unethical and dangerous.

Digital media outlets themselves are beginning to agree. In 2014, Facebook announced a series of changes to its newsfeed algorithm designed specifically to curb clickbait headlines. A simple look at your personal newsfeed will convince you that this change has been ineffective so far. But the fact that the network has and continues to take action against clickbait is encouraging.

And yet, every major publication uses some form of the concept to drive web traffic. More visitors mean more ad exposure, a revenue stream that online publications in 2016 cannot live without. The online magazine Slant, which pays its writers $5 for every 500 clicks they receive, now openly recognizes the importance of traffic to its business model.

Critics, though, worry that this emphasis on generating traffic will result in lower-quality content available for consumption. Ethical publications do not want their headlines to be misleading, but feel the need to provide sensationalist wording to remain competitive. The effect, this New York Times piece argues, could be devastating for journalism:

As more readers move toward online social networks, and as publishers desperately seek scale to bring in revenue, many have deplored a race toward repetitive, trivial journalism, so noisy that it drowns out more considered work.

The article uses the death of Cecil the Lion as its core piece of evidence, a relatively inconsequential story as it relates to our daily lives that nevertheless opened the door to millions of attention-seeking pieces of content – including obvious examples like “Jean-Claude Van Damme Responds to Cecil the Lion Outrage” and “Eating Chicken is Morally Worse Than Killing Cecil the Lion“.

But does creating headlines (and articles) solely for the sake of traffic really numb down our digital experience? Not all journalists agree with the sentiment shared in the new York Times. According to Washington Post commentator Chris Cillizza,

As a news organization, your goal should be to make sure you are providing content not only for for all sorts of people but also for one person who might want to read about Morgan Freeman’s granddaughter being stabbed to death one minute and the White House’s fight against heroin the next.

It’s an interesting argument that suggests clickbait has a place in our society, and does not preclude us from liking more in-depth content as well. If you’re like me, you probably wanted to know what’s so bad about eating chicken. But chances are you spend your day reading more than just articles about the moral abhorrence of eating chicken meat.

As is so often the case, the truth lies somewhere in the middle. No, a world consisting entirely of clickbait is not one in which you would ever want to spend time on social media. As a marketer, misleading headlines and attention-seeking, shallow content is not something to strive for.

But at the same time, you should recognize the importance of getting your audience’s attention with a clever and intriguing headline. There is no rule preventing you from writing your blog posts (and their titles) as if they should appear in a scientific journal. If doing so works for your particular audience, do it! But more often than not, you need at least an intriguing headline to get your audience’s attention in a crowded competitive environment.

The key, then, is to create content that both grasps your audience’s attention and holds it throughout its entirety. Clicks, after all, mean little if your analytics trail ends there. A clickbait headline that is not supported by robust content may get you short-term SEO exposure and plenty of clicks, but will in all likelihood also result in an unnaturally high bounce rate and little to no conversions. An intriguing headline that actually follows up on its promise, on the other hand, will significantly help your marketing efforts.

The internet is full of tricks to make your headlines appealing and successful without being misleading your audience. But it’s the content behind that headline that matters most.

As it turns out, “to clickbait or not to clickbait” is a much less important dilemma than the content you create behind that headline to attract and keep your audience interested.

If you feel you have truly amazing facts to share that will shock your audience, let them know. But more likely, they’ll ‘merely’ be interesting facts that will prove helpful to your audience in some way. If you’re honest about that fact, you will be surprised just how many of your potential customers not only read your content, but begin to engage with you beyond the initial headline and click.