Tuesday: Dithyramb (1995 Dictionary of Poetry) — a hymn sung in honor of the Greek god Dionysos. Later, any wild or rhapsodic poem.

Thursday: Tomato (1995 Dictionary of Superstitions) — Historically called the “love apple” because it was thought to have aphrodisiacal properties. Single young women were discouraged from consuming it, lest they become too frisky. When placed in a windowsill, will ward off evil spirits.

Friday: Frisbee (1987 Namesakes) — Named after William Russel Frisbie, a baker who used tins for his pies that made excellent flying saucers, c. 1903.

Poetry and music emerged (unplanned) as themes for this week’s WOOFs. In a previous WOOF post, we talked about what makes a poem good (so the Rigg Poetry Judgement Test). At first blush, it may seem useless to ask what makes a poem good or bad (isn’t it all subjective?) but there are literary standards and conventions that can help gauge a poem’s merit. And poems, like any other documents, are written with specific meanings which can be understood or misunderstood, and their meanings conveyed well and less well. Perhaps it’s helpful to remember that there’s a difference between saying “it’s good” and “I like it.” De gustibus non est disputandum (about tastes, there is nothing that can be argued), after all. 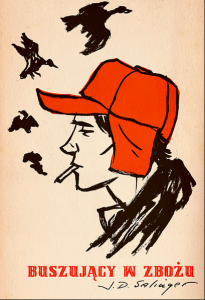 And most people know Burns’ “Comin’ Through the Rye” through Holden Caulfield’s famous misinterpretation of the titular poem in J.D. Salinger’s Catcher in the Rye. Holden believes the song to be about saving kids from growing up, when it’s really about adults (well, lassies and lads) having trysts in the rye. But the fact remains, that Holden Caulfield, for all his juvenile misunderstanding, reads the poem and it still informs him about something in the world — in his case, about growing up.

Do you have a favorite poem, or line from a poem? Do you think your interpretation is what the author meant? Do you think it matters?

And just to tie everything together, here’s Pablo Neruda’s Oda al Tomate (Ode to the Tomato). Have a great weekend!