From The Beach Boys to Revolutionary Praxis: Your Weekly WOOF Compendium

Tuesday: The Beach Boys (1992 Encyclopedia of Pop Culture) — Outstandingly American, they looked and acted like boys from California, when they sang about good waves, fast engines, girls with tans, and summer vacation; created poetry out of such unpoetic stuff as power-shifting in a triple-carbureted Little Deuce Coupe, or cutting class to hit the beach.

Wednesday: Revolutionary Praxis (1993 Safire’s New Political Dictionary) — practical activity for overthrowing the existing political system. Praxis is from the Greek, πρᾶξις, “a doing, an action.” In 1581, Philip Sidney remarked, “For Aristotle sayeth, it is not Gnosis (knowing), but Praxis (action) must be the fruit.” 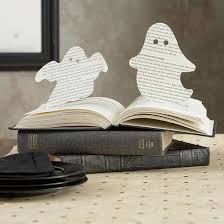 Thursday: Ghost Speech (1993 Congress Dictionary) — A speech that was never delivered but appeared in the Congressional Record.

Friday: Billiards / Pool (1992 Word Menu) — Billiards are played with hard ivory balls driven on a table with no pockets. Pool is played with 15 numbered balls, driven into other balls, with the purpose of sinking them into pockets on a table.

We hope everyone has a superlative weekend!