Woof woof! Here are all of the words of the day from the dictionaries of the day, in one convenient location. Have a barbarific weekend! 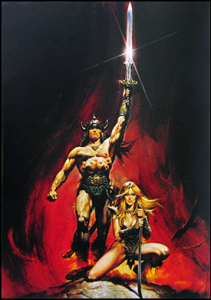 Monday: Barbarian — From the Greek word βάρβαρος (barbaros), designating one whose speech is rude and rough. Meant to be onomatopoeic (those people sound as if they are saying “bar bar bar”), and later to designate anyone not familiar with the Greek language. (1985 Expository Dictionary of New Testament Words)

Wednesday: Mrs. — An abbreviation of Mistress, which originally referred to a married woman, and not a participant in an extramarital affair. (2001 Who Put The Butter In Butterfly?)

Thursday: Zealous Zymurgian — A person who must be the last to do everything: last to arrive, last to go through doors, last to sit down, and the last to finish his meal. From “zymurgy,” the last word in the dictionary. (1982 Dictionary of Bad Manners)

Friday: Loksh — Yiddish for 1. A noodle 2. A thin person 3. An Italian (presumably because Italians eat spaghetti and noodles). (1960 The Joys of Yiddish)