Here is your weekly WOOF Round-Up — a handy reference for all of the new words we learned this week.

Monday: Cosset (1849 Dictionary of Americanisms) — A lamb brought up without the aid of a dam. Thus used to signify a favorite or a darling.

Tuesday: Litotes (1964 Dictionary of Linguistics) — A rhetorical figure in which an assertion is implied by the negation of its contrary. E.g., Catullus XLIII: Salve, nec minimo puella naso (Hello, girl who does not have a small nose!).

Wednesday: Chinook Jargon (1968 Western Words: A Dictionary of the American West) — A trade language used in the Pacific Northwest, composed of elements from Chinook, Nootka, English, French, and other languages.

Friday: Daydream (1968 Dictionary of Personnel and Guidance Terms) — A satisfying imaginative fulfillment of desires. It is an escape from the difficulties of real life into a realm where all obstacles to success can be ignored or effectively surmounted. It provides relief from frustration and conflict.

I grew up in a small Pacific Northwest town, and my high school’s yearbook motto, from 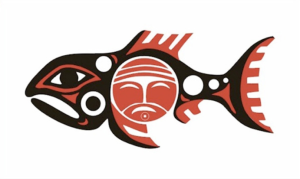 its inception, was “Skookum Wa Wa!” Apparently, at least into the early 2000s, in my teenage heyday, Chinook Jargon was marginally used, recognized by a public institution. I never looked up what that phrase meant until this week, when I found that, according to an online Chinook Jargon dictionary, Skookum may mean “strong,” and Wa Wa may means “speech.”

While Chinook Jargon might not have a lot of speakers now, in the 1800s, there was a newspaper, handwritten in Chinook Jargon shorthand, called the Kamloops Wa Wa, which you can look at online. And someone even went to the trouble to translate texts from Latin into Chinook Jargon in that newspaper!

Chinook Jargon, like all languages, is one that was created out of the necessity — here a mercantile necessity — for interactions among people who don’t only speak different languages, but speak languages that aren’t even on the Indo-European language tree together. People needed it to communicate cross-culturally, and it was important.

Here’s an early advertisement for a Chinook Jargon-English Dictionary from the area, that makes a good case for its importance. The dictionary hails Chinook Jargon as a “A genuine ‘international speech’ of inestimable service,” and that people should buy extra copies to “Mail a copy to your friends in the East.” Why are people on the East coast going to use Chinook Jargon?

If you’re curious, here’s an abridged Chinook Jargon dictionary online. What languages do you see forming the etymology of any of the words? And here’s a blog dedicated to current news about Chinook Jargon. Clearly, it was an important language with a thriving modern interest.

But one important question is, why wouldn’t more people have tried to learn any of the actual Chinookan languages, and not just the pidgin version? Many of the Chinookan languages are now considered endangered, and some are even extinct. Luckily, some are trying to save the languages. Would you take up the study of an endangered language? Most people would think it’s appropriate to become an activist for endangered animals, but perhaps we should also see more invigorating activism for endangered languages.