Poe, Shakespeare, or Seuss: Who Coined it Better? A WOOF Compendium

Need a few new words to impress all your friends and family during all the holiday parties this year? Look no further! Here is your weekly WOOF compendium.

Thursday: Tintinnabulation (1951 Webster’s New Vest Pocket Dictionary) — the tinkling sound a bell makes, specifically after it has been struck 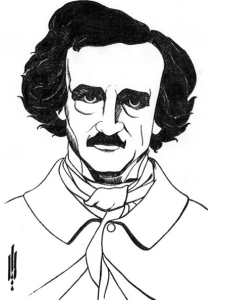 Tintinnabulation has its origins in Latin, from the verb tinnire, to ring / clang / jangle, which is somewhat onomatopoeic (go ahead and say it out loud), and from there, tintinnabulum, a bell. However, the actual English noun, tintinnabulation, isn’t attested until c. 1845, when Edgar Allan Poe used it in his “The Bells.”

Here is a fun article from Flavorwire that talks about words that were invented in literature, like tintinnabulation. Shakespeare, that good and stalwart paragon of the English language, coined quite a few words, like mountaineer, and skim milk, apparently.

Do you have any favorite words that come poetry? There must be some great Seuss-isms out there!