Mulder and Scully are back in action. We’re halfway through Fox’s six-episode reboot of “The X-Files,” which has prompted general euphoria amongst both lifelong fans and those of us who just discovered last year that all nine original seasons of the show are on Netflix. No matter which camp you fall into (or even if you were one of those *weirdos* who was more excited about that football game last weekend that seemed like it would NEVER END), “The X-Files” has some important lessons for your business blog. 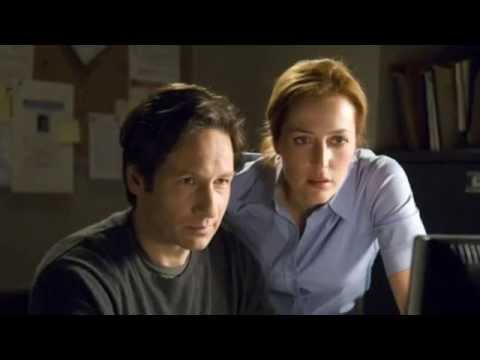 What “The X-Files” Can Teach You About Your Business Blog

Okay, so this may be a stretch. But the show (and its characters) were clearly doing something right for all those years to have amassed such a loyal fanbase. (Seriously, go watch it. You won’t regret it.)

Here are three keys to success in rooting out alien conspiracies and in business blogging.

As anyone who has watched thirty seconds of “X-Files” knows, the key to its longevity was the dynamic duo of Mulder and Scully, both singularly committed to uncovering the truth but with wildly different perspectives about how to get there. Fox “Spooky” Mulder sees evidence of extraterrestrial life and government coverup in every mysterious sticky goo left behind at a crime scene, while scientist Dana Scully balances him out with her undying skepticism. She’s gonna test that goo in her lab before jumping to any conclusions.

Just as this back and forth keeps the show in motion and engages fans on both ends of the spectrum, your blog can benefit from publishing a variety of content and showcasing more than one theme or viewpoint. You should probably actually publish some posts that you yourself don’t even like, because you never know what’s going to hit home with someone out there.

The point is, don’t limit yourself. It can be tempting to avoid certain topics because they don’t dovetail perfectly with what you’re selling, but selling isn’t always the direct point of a blog. Engagement is.

Most fans agree that later seasons of “X-Files” went downhill because Mulder wasn’t around much. Despite her excellence, Scully just couldn’t carry the show on her own. Their partnership was the beating heart of “The X-Files,” and without it, things just felt…empty.

When you have a business blog, inconsistency is death. If you don’t publish a post at least once per week, Google forgets about you, and visitors to your site might leave thinking your business isn’t active. In other words, a blog that’s not updated regularly just can’t do much good, like Scully without Mulder. The internet is littered with old, dead business blogs. Don’t let yours become one of them.

One running theme of “The X-Files” is that Mulder and Scully somehow never seem to come up with sufficient evidence to prove the truth of their claims. Their star witness mysteriously disappears; higher-ups are convinced there’s a perfectly logical explanation for everything; files are confiscated. In the end, they always seem to run up against bureaucratic brick walls because it’s their word against everyone else’s.

There is ample evidence to support the claim that business blogging provides value. But it’s also hard work. Which means that at some point, someone in your organization might question just why you’re doing it. At that point, you can respond with some vague intuitive sense that blogging is a good investment, or you can cough up some evidence to show that it’s driving more traffic or increasing conversions.

Luckily, there are a variety of ways to measure the success of your business blog. The truth is out there — and unlike Mulder and Scully, you can actually find it.

While you patiently await the rekindling of Mulder and Scully’s romance this season, don’t forget to take notes. One can only hope to have a business blog as long-running and successful as “The X-Files.” It may be a vain hope, but I want to believe.