Even if you’re having a case of the Mondays, it can’t be nearly as bad as CeeLo’s. Why? Gotta read today’s #MuttLine! 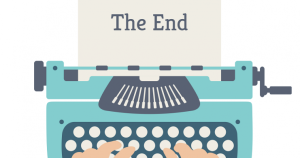 In case you missed it, Andrew Sullivan announced that he was shutting down his blog, The Dish. Sullivan became notable for making blogging a full-fledged, legitimate career. So the recent news fueled speculation that the blog was dead.

Here’s a well-crafted answer to this question by Jeremie Cohen-Setton at Bruegel for your consideration.

And the Grammy’s were last night. So in stark contrast to the morbid question “Is Blogging Dead?” I’ve included the winner of the Best Music Video “Happy” by Pharrell Williams to lift your spirits. Fun fact, this was a song originally recorded by CeeLo Green (of “Crazy” fame). And unbelievably, CeeLo’s handlers quashed it.

Blogging might not be dead, but whoever made that decision may have killed CeeLo’s career.

#MuttLine. The wit and wisdom of two blog posts. In one.