How An Old Movie Can Help You Pick Blog Topics

The pressure tends to build and continue building as websites need more posts. The incredible pace of content creation businesses face seems to leave even good writers breathless, but as you can see from the following classic movies, this pace is nothing new. The ability to find and create some compelling copy is at least as old as the first newspaper editor.

The Pressures of Building a Publishing Schedule

There are unique issues content creators feel in today’s fast paced information markets, but they are incredibly similar to the issues faced by newspaper editors for many years.

As this scene (fast forward to 1:08.30) in the classic film, His Girl Friday, shows, an editor in the 1940s faced many of the same issues with finding, choosing, creating, and editing content that a modern inbound marketing agency faces every day.

The scene above has three different actors all talking over each other: Carey Grant is trying to dictate final print layout over the phone while his ex-wife, played by Rosalind Russell, attempts to write the leading story for tomorrow’s paper and her current boyfriend, played by Ralph Bellamy, tries to communicate about their relationship. The humor of the scene is almost slapstick in the speed of the conversation and the different information each actor portrays.

And this is what content creators face. There are a million competing priorities, and figuring them out is hard. Do you focus on big themes? The strategy that you picked out months earlier? Do you go with a story that will help with a current client or a customer of a client? Do you create a post that your boss will like because he happens to like horses?

Hopefully your life does not have quite the drama that makes Carey Grant and Rosalind Russell shine in this scene, but the fast pace of information feels familiar to anyone who has tried to balance personal life with the need to research and create a post for multiple customers in vastly different industries.

Not only are agencies required to decipher intense streams of information in order to produce their content, but often choosing a story feels like you are a star in All The President’s Men. This Robert Redford and Dustin Hoffman film from the seventies shows the story of two reporters as they uncover the Watergate scandal in the Nixon White House, which led to President Nixon’s resignation.

As shown in this documentary, reporters face the sometimes boring, sometimes exhilarating task of uncovering information and portraying it to the world in a manner that can potentially grip an entire nation.

Although agencies are not out to perform world-changing investigative journalism, finding a post that will grab an audience, be informative, and create conversions for a business specializing in managing HIPAA compliant e-records for doctor’s and dentist’s offices may feel as difficult as uncovering a scandal like Watergate.

The Temptations of Production

It can be so difficult to find the right information and get it before customers that we may be tempted to follow the example of Stephen Glass as portrayed in this 2003 flick. Although not technically an old movie, this movie is necessary to remind us of what not to do when picking blog topics.

Stephen Glass was a star writer at The New Republic magazine The Inflight Magazine of Air Force One, who not only struggled to find great content, he created content out of thin air. He was known for writing politically scathing humorous exposés but he maintained the support of The New Republic staff and even rose to the position of editor.

Only after he published a story about a completely fictitious software company that made Forbes magazine wonder how it was scooped was his indiscretion discovered. As agencies, it is important to remember that great content takes the truth about your customers and presents it in a way that their audience will understand and use.

Another thing to remember is that plagiarism is wrong. Many people understand that, but the recent RNC Convention where Melania Trump plagiarized Michelle Obama‘s DNC speech from 2008 has had the internet in an uproar.

A great blog topic will be both based in reality and not steal another’s work. This is essential to creating content that businesses will read and engage with. 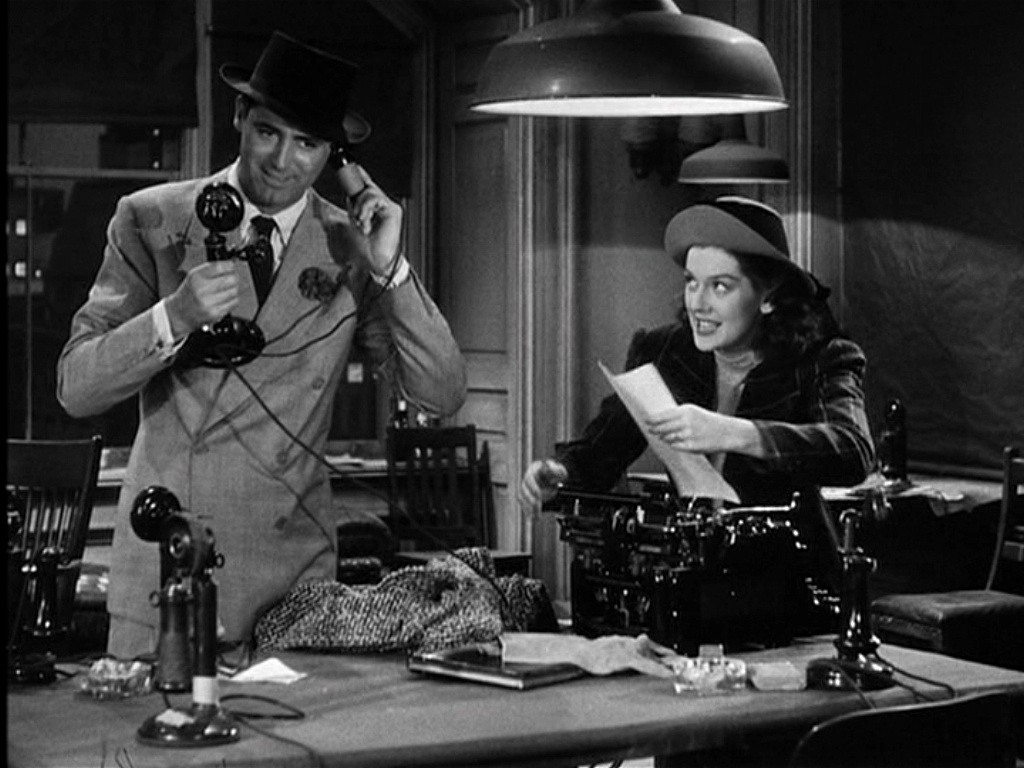 What are the blog ideas that we can gather from the memorable scene with Carey Grant linked above? Let’s look at some of the quotes he delivers and how they are relevant to creating a great blog queue.

For agencies and for businesses, creating a great blog system, marketing materials, and websites can be as compelling as a great headline for a newspaper editor.

When you look at a great newspaper or news website, it may seem that it’s the product of a careful and methodical process that came to a result that seems flawless. Well, it turns out that it’s not a flawless process, or product. Even the best newsrooms struggle every hour with the best ways to publish.

If it’s hard for you, too, don’t worry. It’s supposed to be a bit hard. The most important thing is to publish, to get the product out the door.

There’s an old saying in the newspaper world that the perfect newspaper has yet to be published. It’s the same for your blog posts. Do the best you can every day, and the parts that aren’t perfect… well, you can come back and try to get it a bit more perfect with the next post.

This post was written by Paul Davis. BlogMutt writers typically write anonymously, but sometimes on our own blog we’ll put a byline of the writer. If you sign up to get posts from Paul or any of his 10,000+ fellow BlogMutt writers, you can say that you wrote it. We won’t minde, we’re happy mutts.