This is the first in what will be a series of pages about providers of software that helps small businesses — and the agencies that serve them — get marketing done. If you want us to review a particular provider, please let us know which one.

But will SharpSpring rise up and meet your needs?

Based in Florida, SharpSpring is significantly smaller than its better-known competitors like HubSpot, InfusionSoft, Marketo, and Act-On. But it does have a devoted group of users, mainly small agencies around the U.S. who understand the power of using marketing automation software, but who don’t want to bust their clients’ budgets using top-shelf software.

Does the software still work?

From what we’ve heard… yes it does.

We don’t use SharpSpring here at Verblio (formerly BlogMutt), but we do have some blog-writing clients who do, and they tell us that as a low-cost alternative, SharpSpring does what it sets out to do and as long as you are willing to spend a little time tinkering with it.

If you (or your clients) do not have overly complicated needs then SharpSpring will get the job done.

Lower cost, but what is that cost?

One of the things we always value is transparency in pricing, and the prices for SharpSpring are not visible on the website. Of course, that’s the case with most of the marketing automation players.

The reason that prices are obscured probably boils down to the fact that SharpSpring works for so many agencies. If a client found out what the agency paid, the thinking goes, they might be upset to learn that they are paying more. That is, those clients don’t understand the notion of marking up hard costs to the client.

In our view, this is short-sighted. We understand that clients often watch their budgets very carefully, but if an agency is doing good work in setting the strategy and then helping a client to get results, the clients won’t be all that worried. They’ll want the agency to make money because they want the agency to be around to keep doing the work.

We also don’t know if SharpSpring has a variable rate card depending on the client (or depending on how close it is to the end of the month or the quarter.) We sure hope not.

We do know that — like Verblio — SharpSpring has no contracts. They work month-to-month and have to continue to earn the business.

The reality of all marketing automation providers is that even if you do sign a contract, you really do operate month-to-month unless you pay in advance. But with most of the others even if you sign a long-term deal, you can probably get out of it with a few phone calls.

The reality is that people don’t switch marketing automation tools all that often because of the time and hassle involved, not the contract.

From what we’ve been able to gather, however, it appears that you can get SharpSpring activated for one startup fee that can be as much as $2,000, but can be much lower depending on the needs of the client.

After that, it looks like you can expect to pay somewhere between $400 and $800 per month, depending on the number of contacts that you keep in the SharpSpring system.

SharpSpring API and Other Integrations

Does SharpSpring play well with others?

From what we’ve been able to read and gather from SharpSpring users, the software does have plenty of ways to integrate with other platforms, first via an API and if not that, then via an integration with Zapier.

This is crucial these days, especially for agencies.

Many agencies have one or two favorite tools they go to again and again. It’s different in every case, but for an example let’s take the email provider MailChimp. Maybe there’s a staffer at the agency who can make MailChimp work perfectly, and the agency already has the top-tier account with that company, and the list of subscribers is baked into the MailChimp application.

So the question for the agency is: How well will SharpSpring merge in with MailChimp?

The answer will vary, of course, depending on the specifics. In general, any developer with a basic understanding of how to work with an API will be able to build, for example, a trigger in a form within SharpSpring that will subscribe a user who fills out that form to a newsletter subscription list within MailChimp.

If that agency does not have the experience to work with the API, they should still be able to get that same task done via Zapier, but then they will have to pay for the service. Zapier isn’t hugely expensive, but with any kind of volume of people filling out forms, that cost can become an issue.

Pros of SharpSpring’s API and integrations:

Cons of SharpSpring’s API and integrations: 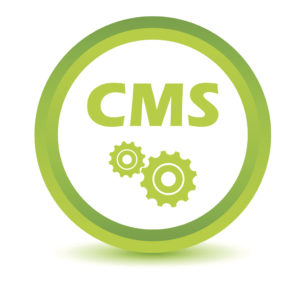 How well does SharpSpring work for those who know that “Content is king”?

There’s good news and bad news here, but the bad news may just be anecdotal.

The good news is that SharpSpring is built to work with all of the major Content Management Systems, including WordPress, Drupal, Joomla, and ExpressionEngine.

SharpSpring’s own blog runs on WordPress, and appears to be integrated well enough into the regular site, so if they can do it for themselves, their clients should be able to do that, too.

That’s a big deal for agencies, many of which specialize in one of those platforms. If an agency, for example, has a great Drupal development team and does all of its work on that CMS, it’s going to want marketing automation that will integrate seamlessly, and SharpSpring does that well.

One fact that could be good or bad news: SharpSpring does not have its own CMS. Very few of the major players do. Indeed, it’s probably only HubSpot that has built a CMS from scratch to ensure that it’s totally integrated. The other CMS platforms are so robust and have such rich developer communities that this is probably not a negative factor for many agencies.

The bad news is that we’re not sure how much SharpSpring really values content. They must see all the data out there proving that regular blog content is a huge driver for small businesses of SEO and engagement with prospects.

Still, the SharpSpring blog had just a few entries in 2015. In 2016, the company seems to have turned up the volume, but mostly the posts are about their own product, and are not helpful posts about how to think about marketing these days.

Like so many others, we at Verblio have found that blogging works really well for driving new business, and the more we blog, the more business we drive.

There’s an old saying that your actions speak so loudly we can’t hear what you are saying. SharpSpring’s actions in not working too hard on its own blog speak to customers, and do them a disservice (we think) because they are de-emphasizing a tool that can be so powerful, especially for smaller businesses trying to compete in a noisy marketplace.

We fully admit that this particular point is one that we pay out-sized attention to, but we still think it’s a crucial tool, and there’s no reason to leave that tool in the toolbox.

Will it handle your needs so that you don’t need Salesforce?

If both sides are using the same software, it can help some. When a sales team is using Salesforce and a marketing team is using something else, it can be hard for the two sides to understand each other’s reports. To make them both learn each other’s software is a bridge too far.

(It’s no wonder marketing hates sales if people in sales always tell marketers that they need to learn Salesforce software. They might as well tell them they need to eat glass.)

If you are an organization that has Salesforce totally baked into your process, or if you are an agency that serves such an organization, you will still be able to get SharpSpring to work, via the API or a Zapier integration, as mentioned above.

But if you just want to use the SharpSpring CRM, you should be able to. If you use an IP phone system, you’ll be able to track your phone calls with clients. There’s also some basic user tracking, so if multiple people from one company visit your site (or your client’s site if you are an agency) you’ll be able to keep track of that, too.

In our view, CRMs in general have become bloated, and actually slow down the sales process, and a lightweight solution like the one from SharpSpring helps keep your team focused on sales, not on reports about sales.

Is SharpSpring a Good Company to Work With?

Is this a vendor you can trust?

SharpSpring built a great reputation for itself as a lower-cost alternative for marketing automation software. It wasn’t widely known, but the agencies who signed up were happy to have found it.

So there was some understandable concern when SharpSpring was acquired in 2014 by a legacy provider of email infrastucture, SMTP (the company, not the protocol).

The transaction was described as a merger at the time, and while that sort of description is often so much hot air, in this case, it may be. Proof of that is the logo you see here. SMTP is rebranding itself as “SMTP, A SharpSpring Company.”

Because there are only a handful of email nerds left in the world who remember what SMTP stands for, it’s probably a smart way to reposition this legacy company to compete in the modern world of marketing.

As we wrote about, we see this kind of consolidation as a good thing because it allows small businesses and agencies to focus on using just a couple of vendors, instead of trying to duct-tape a half-dozen or more together.

SharpSpring is still very small, and has a tiny fraction of the market as viewed by outside analysis. What’s interesting to see on that page is that SharpSpring seems to have the most loyalty; even though all the others are bigger, SharpSpring is the only one that didn’t drop any users in the period that was analyzed. For a company that only sells month-to-month subscriptions, that’s quite an achievement.

With the merger of SMTP, SharpSpring, and GraphicMail (which is in the process of becoming branded to SharpSpring also) it seems that the combined company is trying to become an entity that can serve nearly all the marketing needs for small businesses. With that clear kind of positioning, it seems SharpSpring will be a worthwhile and viable choice for many years to come.