Nine years ago, business and commerce worldwide were quickly adapting to online bank accounts, online credit card payments, and completely online payment systems like PayPal when a mysterious programming entity known as Satoshi Nakamoto introduced the bitcoin framework. They had a clear intent to change the way modern manipulative banking practices work and introduce transparency to internal financial transactions. The framework of bitcoin is based on long-proven banking transactions and encryption designs and the blockchain element ensures that every transaction becomes a permanent part of the currency itself.

This was the birth of the first, and so far, the most successful of many cryptocurrencies, something it seems everyone is jumping on board to invest in. But what exactly does this incredibly hot topic actually mean for your business? Should you invest, and if so, how? These are the issues we’ll be covering in this article.

For most people hearing about ‘crypto’, as it’s becoming known in slang-prone business circles, the concept can seem to be made up entirely of buzzwords and dollar signs. This is unsurprising considering that a single bitcoin raised from under $1,000 to nearly $20,000 in 2017, but surprisingly few people actually understand the world of cryptocurrency. Unlike the gift cards and online bank accounts that are crypto’s predecessors, it’s more complicated to grasp how the digital currency trend can turn into solid business decisions and profits. Let’s start with blockchain and distributed processing.

The whole idea of the blockchain trend is that every transaction (but not any identifying information) is permanently recorded in a way that every crypto user has access to. Every time you trade, transfer, or buy something with digital money of any kind, a computer has to run a process in order to move the data around securely so that the money officially gets where it’s going.

Usually, these transactions are done by enormous bank-owned servers which allows them to make an infinite number of undetected minor transactions that few will notice but opens the door to intentional banker fraud. Cryptocurrency design, on the other hand, distributes the work anonymously to thousands of individual user computers capable of running these calculations. Rather than one bank server running a million small transaction processes a day, five thousand individuals can each run 200 transactions daily while their computers are otherwise idle, meaning no centralized control. 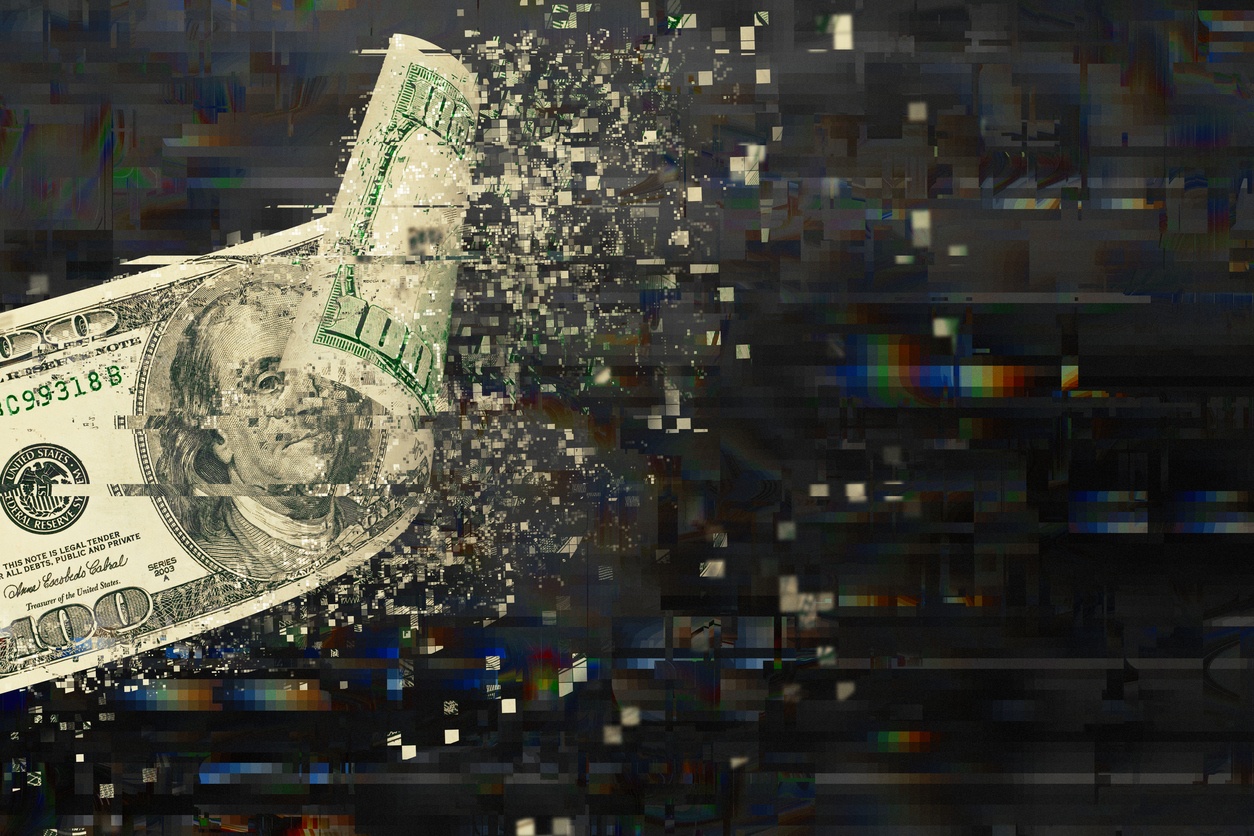 So where do bitcoin and the other cryptocurrencies actually come from? Since there’s no minting and they’re not backed by specie (precious metals) or national wealth, how do you get more crypto-coins? The answer is in those same people doing all the transactions. The infrastructure was built so that anyone receiving and processing anonymous cryptocurrency data packets for transactions, also known as ‘mining’ for crypto, earns fractions of a crypto coin with each transaction they run and submit. However, in order to mine a cryptocurrency, you’ll need two very important things.

While initially, this meant that miners had to download the entire blockchain to their local computers to mine, recent innovations in pool mining, a way to share out a single mining job, allow miners to access a shared copy of the blockchain as well.

The Introduction of Alt-Coins

There’s no denying that bitcoin was the first and meteorically successful cryptocurrency but it is by no means the last. Soon, spin-off coins and entirely new blockchain cryptocurrency systems were popping up as a result of bitcoin’s innovation and success. An ‘Altcoin’ is a new project built from the same principles and technology as bitcoin and put to many of the same purposes. This means that any of the spin-off cryptocurrencies that aren’t bitcoin are known as altcoins. Many altcoins were built by innovative new programmers who managed to solve a few problems highlighted by bitcoin use in their own coins while others are simple clones of bitcoin or a successful altcoin looking to catch some of that hot investor action.

Altcoins can be used in most of the same ways as bitcoin with slightly less adoption as a form of payment in trendy stores and businesses. With the individual value arcs of each altcoin showing clearly independent variations and general profitability, it’s no wonder that some of the most popular and well-designed altcoins are gaining a success to rival where bitcoin was at the beginning of 2017. Currently, Etherium (aka Ether) is at the top of the altcoin ladder with Dash and Zcash coming up surprisingly fast from behind.

So how exactly does one make money with blockchain cryptocurrencies? Like any type of currency, you’ve got more than a few options. Some companies are starting to accept bitcoin as a form of payment so you can theoretically, but not universally, use it for trade. However, this approach is irregular at best while there are three well-established ways for both businesses and individuals to start turning cryptocurrency use into a profit.

If you’ve heard that investing in cryptocurrency is a big risk, this used to be true but is now outdated advice. Back when bitcoin was the only major cryptocurrency, investors faced more danger with the wild rise and fall in price. However, with the addition of strong altcoins, you no longer have to put all your crypto eggs in one basket. Speculation investors can diversify their portfolios and miners can actually mine more than one coin type at once, creating more stability and easier to guarantee ROI.

To understand cryptocurrency investment, start with the fact that it can and does translate directly into a dollar value. Right now, for example, Bitcoin is worth about $10,000 and Etherium is worth about $1,000. If you owned one coin, or even a fraction of a coin, you can ‘cash out’ using wallet programs that will send the equivalent value to your bank account in return for your cryptocurrency. This means that it is the same as any commodity investment that can be bought with cash and cashed out as it reaches a different value.

Let’s use Etherium as a great example. In 2016, the baby altcoin grew out of penny-stakes and increased its per-coin worth from below $1 to $14 at the peak. In February of 2017, it jumped up to $18 and has been rising semi-steadily ever since. Even after the recent market-wide crash, Eth has already stabilized back at about eight hundred as of February 9, 2018. If you bought $1,250 worth of ether back in early 2016, you’d be a millionaire now. Or, more conservatively, if you bought $200 in ether when it first took off and was worth $20 a coin, you’d have made $8,000 back today or even $13,000 if you wisely sold during the most recent big peak.

When it comes to cryptocurrency speculation, it’s really no different from any other kind of stock market betting. You judge the trend lines, then try to buy the dips and sell at the peaks. Not everybody wins, but not everyone is good at reading trendlines or sensing the way public sentiment is blowing.

The first thing you need to know about an ICO is that it is not really anything like an IPO. Where an Initial Public Offering is when a company sells stock shares, what you get when you invest in an Initial Coin Offering is essentially providing arcade tokens that might become truly valuable altcoins with time. The coins you receive in return for investing in a company through their ICO are known as tokens because there is no guarantee that the coins will become valuable outside the worth the company itself places on them and the importance of token owners. ICO tokens usually function as something conceptually in between currency trade, store credits, and stocks.

What happens when a company decides to host an ICO, essentially a fundraising campaign, is that the company itself invents a new digital currency. Some are new crypto-blockchain currencies like etherium, while others are symbolic tokens. The company asks for a fixed price of an established cryptocurrency for each of their tokens for the first two weeks that the new digital currency is released. They are betting (and asking investors to bet) that the currency will take off, the value of the coins will increase, and you’ll be able to sell the tokens at a profit later on.

The successful ICOs almost universally offer a new and better designed crypto-coin design making them altcoins or the companies go out of their way to offer some internal value for their tokens as well. It’s your job as the investor to determine which ICOs have a good design, a good value premise, and have promise to grow and become profitable over time.

The final way to invest in cryptocurrency is to build a mining server. Mining crypto, as I mentioned earlier, is actually at the heart of the distributed blockchain design. Centralized banks aren’t needed precisely because anyone with a powerful enough computer can download the blockchain and receive completely anonymous and encrypted tasks to run on a mining program. These tasks are each a fraction of a real transaction made with the currency, ensuring that all transactions are processed quickly and by someone who is incapable of tampering because of the fractional and encrypted design.

The beauty of mining is that this is also how coins are generated. Every transaction your computer handles, you get another tiny fraction of the coin you’re running transactions for. Using a wallet program, you can then cash out whole or partial coins at their dollar value or use them to trade cryptocurrencies or invest in ICOs for potentially greater returns. The key to mining is, to many people’s surprise, high-end gaming-quality graphics cards. The excessive amount of high-speed memory and processors capable of rendering complex images are particularly well-suited to quickly completing the multi-part mathematical equations required to process cryptocurrency transactions.

Building and running a mining rig costs a few thousand dollars and requires a reasonable amount of electricity but you can also mine several types of cryptocurrency, essentially investing in the rising value of the best-looking altcoins. This way, you can turn a one-time (per mining rig) investment and slightly higher power bill into tens, hundreds, and possibly even thousands of dollars ‘mined’ in a month. Just remember to sell at the peaks or re-invest in a financially promising ICO.

Should You Invest in Cryptocurrency?

Cryptocurrency and the blockchain technology it embodies is more than just a buzzword trend, it’s a new aspect of the digital economy that can’t be ignored. If your business has taken note of the crypto activity and has been debating dipping a toe into the new markets, start slow and careful. Investing in cryptocurrency may be treated like a theme park by some recreational investors with money to lose, but your business should treat the decision with the same consideration and due diligence as it would any other type of investment. Just as you would get a full inspection on buying property or investigate a potential new business partner, don’t invest in a new altcoin, ICO, or even a relatively reliable mining rig strategy until you’ve run the numbers, assessed your chances of success, and your (probably) reward. If the research comes out positive, start slow and get a feel for the process before throwing in big investments.

Finally, don’t forget that once you get the hang of the cryptocurrency world, you can always consider building your own new token and hosting an ICO of your own. Who knows, if you can improve on the blockchain design or if your token offers a neat new transactional feature that people love, you might just become the source of the next big altcoin. 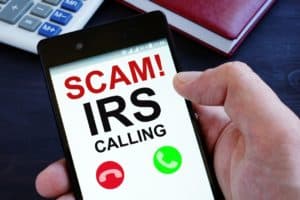 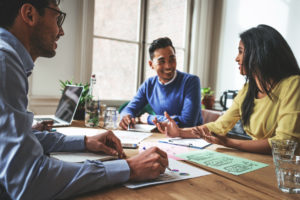 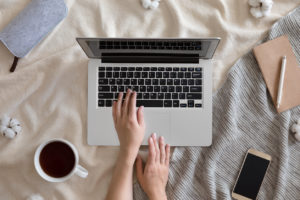 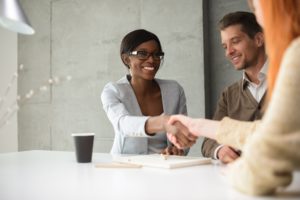 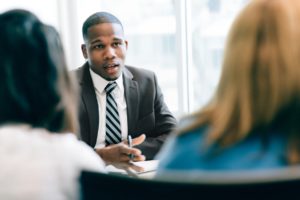 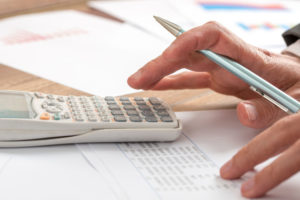